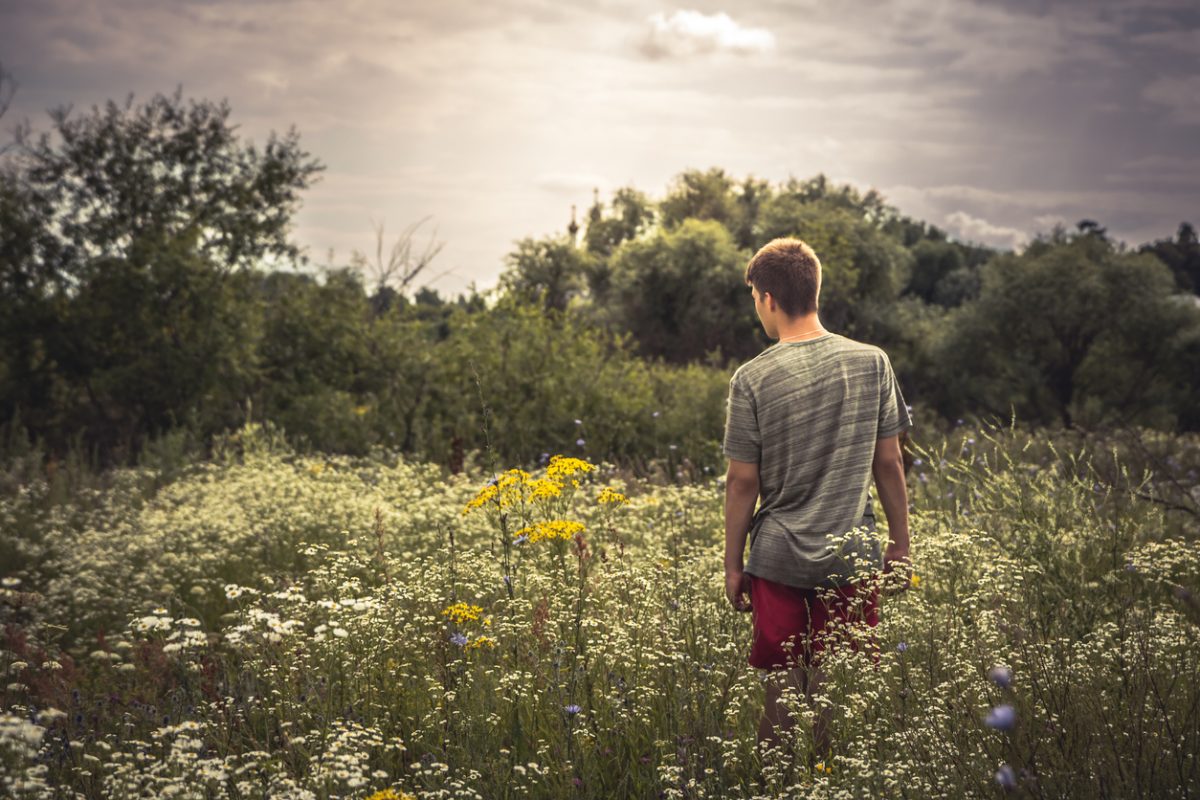 Never anything other than summer

I didn’t get into trouble much at school. In truth, I can recall only a few occasions when my actions were brought into question.

Maybe there were more. Maybe they just don’t burn as hot as the time I planted my nine-year-old lips on another boy’s nine-year-old cheek.

I don’t recall why I did it. Twenty years on, though, I still remember the feeling: happy, my diaphragm tight, almost feverish, but entirely – well, flaccid.

It was a typical South Australian summer day. The temperature climbed above 30 degrees and hung there, too exhausted to descend again until the clouds swelled and pissed down something ecstatic.

The school bell rang, signalling the end of lunchtime. R and I had embraced in the yard mere metres from the gym, just short of the second set of stairs that led to our classroom in its plain, portable building. As we released each other and began making our way to class, I heard my name called by the teacher on yard duty.

I don’t remember her name, but the image of her face has claimed squatters’ rights in my memories, so I feel the need to honour her with one. Let’s call her Miss H.

R continued on to class as I turned on my heels towards Miss H. Hostile questions spilled from her mouth: Why had I kissed him? Was I sure he wanted to be kissed? Do boys kiss other boys?

One of the problems with nine-year-old mouths is their inexperience with a language built for an adult world. How could I possibly have explained that there was nothing sexual about that kiss? That it simply felt good and right in that moment? I didn’t have the vocabulary.

Sure, I had some vague understanding that there was another world hurtling fast towards my pre-pubescent body. But that world remained still slightly out of view; a world where, if man and a woman were in love, they might have “nookies”.

I didn’t know exactly what that word meant, but I knew it must have something to do with the zine I’d found in my older brother’s bedroom: a hand-made collage of private parts that he’d cut out of X-rated magazines lifted from a petrol station. A swarm of dismembered “doodles” were given batwings and flew towards a woman, pasted to the centre of the page. Her legs were splayed wide open and her “nimmie” exposed. Her “bazoozies” bare and her “bazoozie buttons” pointing skyward, as if they were the last defensive weapon to be used against the approaching swarm.

It was aggressive and uncomfortable. It was entirely different to how that momentary brush of my lips felt against R’s cheek.

Under Miss H’s disapproving gaze, I was overcome by the same sensation I’d felt when I discovered my brother’s zine for the first time and would feel again on each subsequent, curious visit I made to its hiding place: pulsating heat, and shame. But eventually the interrogation ended, and I walked back to class without further fuss.

In summer, the fire-track beyond our driveway – a two-and-a-half kilometre stretch of dirt road overgrown with gorse bush – became too dangerous to walk down for fear of disturbing the Eastern brown snakes. They sunned themselves on the compacted orange-tan soil, and made their nests under forgotten sheets of corrugated iron and farming debris. So too, on the stepped expanses of the abandoned marble and quartz quarry dug into the side of our neighbours’ farm.

At that age, everything was safe until it wasn’t. I guess the same was true for my friendship with R.

Well before the interrogation, I’d been acutely aware of the danger of the word “gay”. It swelled up the vocal tracts of developing throats, learned from parents and parroted by voices not yet broken. I had, for the most part, evaded being branded as such. Saved by the grace and delicacy of the canteen lady’s son: N.

N made less effort to assimilate. Often alone, he pulled focus from those of us who consciously uncrossed our legs.

I often fumed with embarrassment as I watched him flit about the playground, unbothered and un-self-censored, having fashioned our uniform’s red sweater into a mane of imagined, glorious hair. He performed the thrashing of labour pains to no particular audience and gave birth to a child of twigs, fathered by the handsome blue gum beside the swing set.

He wore his (in)difference with an ease I couldn’t yet imagine.

A word heard immediately after Mum had: spilt her cappuccino; dialled the wrong number; dropped a wet, white t-shirt onto the lawn under the Hills Hoist; hit the tennis ball outside the lines; watched me slip ass-over-tit on the path coated with crushed pink and purple Lilly Pilly berries.

It was the Ajax Spray n’ Wipe of phrases to acknowledge and diffuse any mistake or accident. It was always said with glee, and sometimes just a hint of frustration.

Soon it would be replaced with, “Oh, fuck me dead!”, when Australia became just a touch more PC.

Not long after the day of the kiss, I sat in the chair of a pharmacy in Mount Barker and had a metal stud shot through my earlobe.

Minutes before, the piercer – a woman with a string of rings tracing the length of her ear – had told me how brave I was and that it wouldn’t hurt as much as I thought. Piercings were common at my primary school, and added another layer of distinction between girls and boys: girls could pierce both ears, but boys should only have one.

While she went through the motions of cramming the bar into the spring-loaded gun, I softly pleaded, “Not the gay ear.”

She nodded, wiping my left lobe with an alcohol swab. Something cold and soothing, before the rupturing heat.

R and I didn’t hug again in public after the interrogation. The incident went unspoken.

Looking back, it’s almost as if there was never anything other than summer. R and I – by this point eleven-years-old – took off on a walk up my driveway. We progressed down the hill I had learned to cycle on and to the edge of Quarry Road, which quickly changed from uniform asphalt to graded dirt and rubble.

We knew the quarry was dangerous, but we also knew it was the only place we could be truly alone. And so, we continued to veer our course up the path and towards the exploited, emptied veins of the hill. There, in the dappled light, we took off our shorts and our underwear. What hair we had was blonde and sparse. We didn’t kiss, because that would be “gay”, and this was something different, something far less dangerous.

We lost touch after graduating primary school. Our high-schools and subsequent new identities were separated by less than a kilometre at first. A year later, they were separated state lines.

It was another six years until I admitted to myself that I was queer. Facebook tells me that R is straight.

Late in that last year of primary school, I found myself in trouble again. I had developed a shell of smug confidence after finally sharing my first kiss with a girl, and I demonstrated that skill as often as I was able.

J and I stood at the very edge of the school boundary, beside the commemorative marker at the bottom of the oval. She was the first girl in our year to “develop”. I plunged my tongue into her mouth as if cataloguing her dental fillings by feel.

Promptly, Miss H had appeared, separated the two of us, and escorted me to the principal’s office. I sat as she told the principal’s secretary about her timely intervention.

“I’m extremely disappointed. You, of all people, should have known better, Hugh.”

Hugh is a queer writer and communicator living and working in Naarm [Melbourne], more often than not, in the company of a greyhound named Barb.