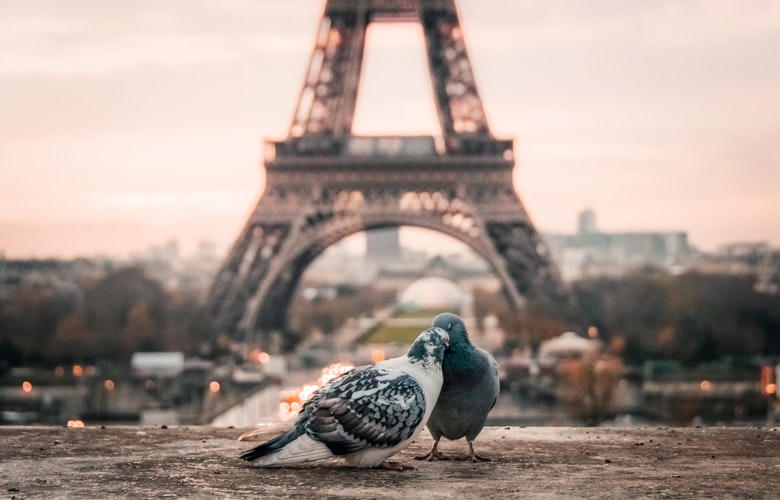 It is late November 1943, and a man in his late 30s walks down the dingy streets of Montmartre, Paris. He smokes the last precious breath of a cigarette whilst a truck carrying German troops rushes past him, splashing water onto his pants leg. This man has recently left prison with a large manuscript for a book, written within the confines of his cell.

This man’s name is Jean Genet: he is a drifter, a thief, an openly gay man, at odds with the occupied Paris in which he finds himself. He has never had a home, a family, or a steady job. For a while he was in the foreign legion, but was discharged because he fell in love with one of his fellow officers.

He has lived mostly in the streets, or in and out of prison, making his living as a sex worker and travelling through the countries and languages of Europe. Whilst Genet walks through these darkened streets, he spontaneously makes a decision to send his book, now titled Our Lady Of The Flowers, to the journal L’Arbalete.

The book, when published, is a shock to its initial readers. It is graphic, baroque, sensuous, rebellious and crude.

But it sends ripples through the Parisian literary scene. By the end of the decade, Genet has written several other novels, plays and poems. Philosophers rave about his work, and the French literary scene is appalled yet intrigued by his books on drag queens, sex workers, same-sex love and drug use. His works soon filter through to the American literary scene, to inspire queer artists and writers the world over.

It is difficult to gauge how much Genet’s books mean to me: a gay, non-binary kid trying to understand the meaning of love in relation to traditional notions of masculinity. For me, the works of Jean Genet changed something more important than my outlook; they changed the very language that I used to describe the complicated emotions that I felt.

Arguably, most of his novels contained no such thing as ‘homosexuals’. Instead, Genet wrote simply about men loving, lusting after, and adoring other men.

Many of Genet’s male characters wear their masculinity on their sleeve. They proclaim it, revel in it, and when they fall in love, they refuse to reconcile with it. Love, as a concept, is simply not in their vocabulary. Yet when these men find that they are allowed to exist within the framework of their desire, they achieve a freedom that was previously denied them.

Our Lady Of The Flowers, for example, describes the alienation of displaced Queer youth in the Parisian underground. Funeral Rites is about the act of grieving as the protagonist mourns the death of his lover who was a fighter in the French resistance. The Thief’s Journal is about drifters in Europe in the lead up to WWII, and Miracle Of The Rose is about love between prisoners.

Each book describes men who do not possess the language of intimacy, and so with no way of describing their emotions, or their love, they strike out, often violently.

Growing up in a conservative country town, marked by emotional stiltedness, anti-sex, anti-LGBT rhetoric, these men, these images of queer people still holding the scars of repression, spoke to me in a very intimate way.

The only language that I could see was the masculine. Prowess in sports, or physical size, or work, or mechanical skill, was idealised. Anything else became actively despised and ridiculed.

Because of this I drifted like Genet did, unsure of my future, or of my emotions. I felt as if the language I had sought could not be possible. With the weight of religious guilt hanging over my head, there were few people I could turn to.

When I first picked up Genet’s The Thief’s Journal in a second hand bookshop when I was 19, I knew I had found that language. Despite living in a different century, a different country, even speaking a different tongue, I felt I knew Genet, and I felt that he knew me.

Will Farnsworth is a writer and actor from Launceston, Tasmania. They have written for Querelle, Mascara Literary Review, WORDLY Magazine, and Underground Writers. They have performed across Victoria and NSW and in 2016, was one of the founding members of the Geelong Pride Film Festival, and as of 2019, has worked extensively with JOY 94.9.