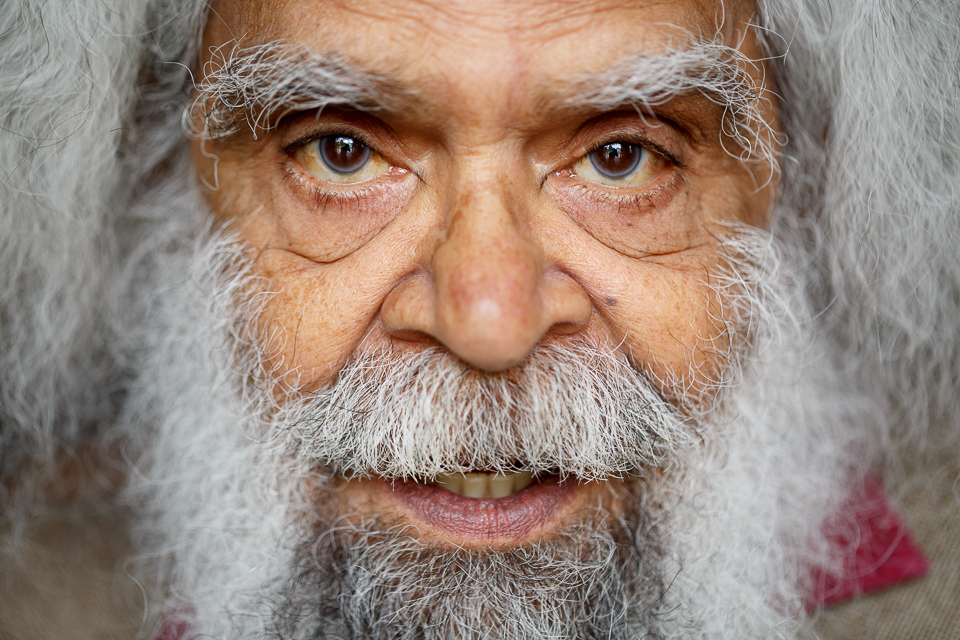 When Uncle Jack Charles appeared on a 2015 ­episode of Q&A, he took the opportunity to point out to Australian viewers the ways in which the country is uniquely and peculiarly racist towards its First Nations peoples. It’s something he has experienced and seen, a lot, firsthand. His words resonated strongly.

The beloved actor, trailblazer, Indigenous-theatre pioneer, activist and Aboriginal elder is a skilled and compelling storyteller – most recently of his own life. In 2008, the candid, unflinching documentary Bastardy was released, detailing Charles’s many ­impressive accomplishments; his glittering, at the time stop-start acting career; his struggles with ­identity; and his history of drug addiction and ­repeated incarceration.

Since getting himself off heroin and then off methadone, he has gone on to perform his one-man show, Jack Charles v The Crown, all over the world. In 2016, he was named Victorian Senior Australian of the Year. Later this year, he will be releasing a book, Jack Charles: A Born-again Blakfella.

A member of the Stolen Generations, Charles was taken from his mother at the age of four months, raised at Box Hill Boys’ Home and told that he was an orphan. Fed a foundation of lies from the very beginning, he has spent a lifetime piecing together his own truth.

You’ve told your story in a lot of different ways – there was the documentary, then the play, and now there’s a book. Do you feel like they’re telling the same story at ­different points or is each a conti­nuation? How do they fit together?

Lots of things happened after ­Bastardy – it was the catalyst for so many things in my life. It gave an instant rise to my profile, of course; nobody had ever pulled their pants down and showed the world their black moom like I had. You know how difficult it was for me struggling under the odds – under homelessness and heavy “Br’er Rabbit”, we liked to say. ‘Drug habit’.

When Bastardy opened up, going down and talking to the public allowed me to believe that I could be a spokesperson for the good, for those who are struggling in our prison settings and our detention centres – but also the homeless and those addicted people in our communities and in our towns. ­Bastardy gave me the legs to be taken seriously in my community and in the state of Victoria – Melbourne in particular.

It led me onto many roads of discovery … Melburnians had largely known me as a serial pest nuisance, a troubled actor down on hard times. People love to hear and bear witness to the story of a person who has been reformed, self-­rehabilitated – but more rehabilitated in the likeness of an Aboriginal elder statesman.

You were part of the Stolen Generations, and now you’re an elder in your community. How has your attitude changed across that time, and how have you fit in with the community? I remember reading that you often felt like an outsider – do you still feel like that now?

Why do you think that is?

Because I’m the wrong person to be delivering the message – because I have a criminal record. That doesn’t sit well with local government personnel.

I [also] wasn’t really welcomed in Collingwood/Fitzroy [when I was younger]. The story of why I wasn’t welcomed in Aboriginal Melbourne was that, after Uncle Doug Nicholls died, a certain person came from Leeton, New South Wales – the son of a certain person that my mum was charged with killing in the blackfella camp in the ’50s … I felt there was a bit of a ‘payback law’ being delivered to me.

So it wasn’t anything to do with you – it was something outside of your control?

Yes. I was supposed to pay for the sins of my mother – but there’s more to that. I got to hear more [later].

Was there a single event that in­­spired you to go on this journey?

No, because I was really pissed off over the denials … from the Aboriginal Welfare Board, and from the Department for Child Protection, who flatly denied any knowledge that I had family, that I had relations, that [said] I was a lone orphan. For me, it was a criminal act. 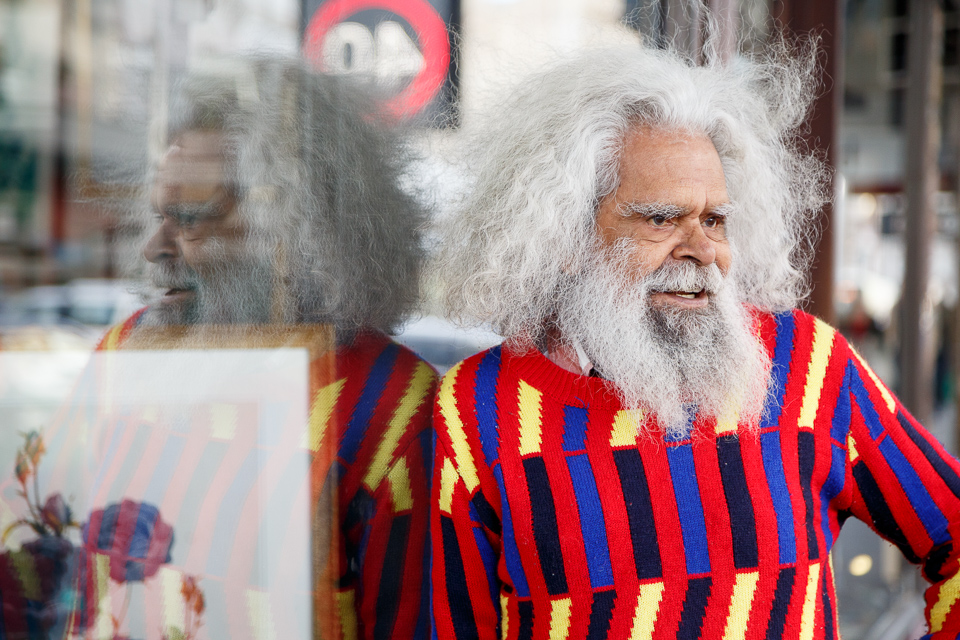 As you get more information, how has this impacted you personally?

I really felt incensed. Angry. And really pissed off. So it was always at the back of my mind: Is there no fairness? Why aren’t we allowed to bond? That’s why it still is hard for me to bond with my nephews and nieces …

The same time Bastardy came out, I became a [person of] public interest – bloody Royal Commission [into Institutional Responses to Child Sexual Abuse], boys from jail asking me to give them my phone number so the class-action lawyers could contact me so I could give evidence, give credence, validate the stories of what went on at Box Hill Boys’ Home. And, in the delivery, I had to tell them what had happened to me, because my bed was the first, sometimes, that the officer would come to of an evening.

The upshot was I was given $100,000 for that. And I shared it with many people along this street here [in Collingwood] and down the flats, and I gave a lot to my nephew and my niece.

While you were at Box Hill Boys’ Home, you once had a visit from an aunt and uncle – but then you didn’t see them again until many years later.

And they denied ever coming and taking me out on that picnic that day. I couldn’t understand why. I can understand why Jesus saw Judas as such a traitor, because here I am, JC, and my Judas Iscariot (in a sense) was my auntie and uncle who denied me completely.

This was a shock. I was trying to connect – was it because I was wearing, you know, lush yellow velvet flares? A big, beautiful afro? And that T-shirt that showed my beautiful, sparsely hairy chest?

Wasn’t it? Though, speaking [with] ‘the voice’, everybody knew that I was gay – that I was a ‘poof’ and all that kind of stuff. Even walking into prison those first times, everybody knew. Not that I … ‘you never get your meat where you live’ is an old saying, so I wouldn’t allow anybody to jump into my pants.

I was always protected by bigger gangsters who were ex–Box Hill Boys’ Home, ex–Bayswater Boys’ Home. I was given a measure of protection, only because of my smallness, my friendship and my accessibility in talking to all, even the gangsters and that.

How long did it take you to go back and search for your roots?

It took a lot because addictions and jail time took me well away from it. Your main priority is to feed your addiction, so it was a big distraction – wasted nights, wasted days. Still, it gave me a lot of strength … I always knew that I would really discover the full extent of my history. And the only way to do that was [to] follow through and be stabilised in my life.

Through Jimmy Berg’s Koorie Heritage Trust and Link-Up, I’ve been given the full facts – and that’s why I’m full of it now. I’m it. I know who I am …

I wasn’t happy to be known as a mere Koorie. Now, I can faithfully say I am Wiradjuri because I found my father two years ago; he comes from Leeton. I’m Wiradjuri on my father’s side, Bunurong on my mum’s side, which takes in the Arts Centre [in Melbourne], and down to Wilsons Prom, through Toorak and Brighton and all that. How ironic, says me with a laugh and a giggle.

This year, there is a new part to the story: your book.

Yes, Jack Charles: A Born-again Blackfella. And the reason I’ve called it that is because I’ve realised I’m as passionate as a born-again Christian. A little bit obsessive, perhaps – like a born-again Christian about my newfound heritage, the totality of it. My Aboriginality. The full extent of my identity.

I’m more powerful, more black, more brilliant, more complete, more Aboriginal – because I know who the fuck I am now.

Elizabeth Flux is an award-winning freelance writer and editor. She was a judge for the 2019 Victorian Premier’s Literary Award for an Unpublished Manuscript, and is a past editor of Voiceworks. Her fiction has appeared in multiple anthologies and publications, and her nonfic­tion has been widely published and includes essays on cinema, pop culture, feminism and identity as well as interviews and feature articles.