Pure OCD and the Groinal Syndrome: Body beyond control 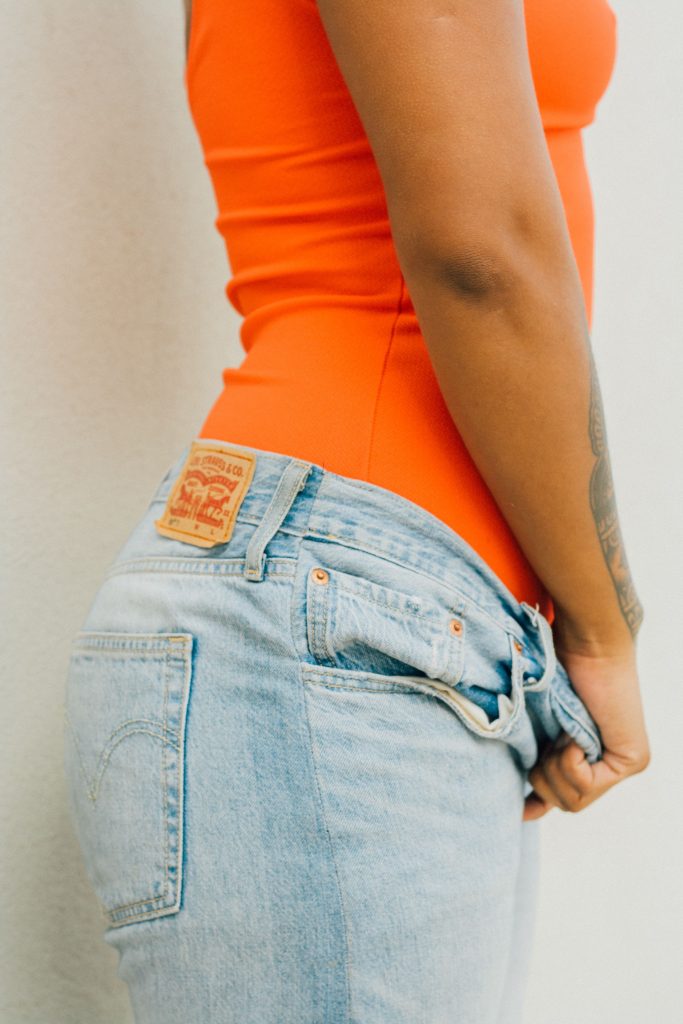 Human bodies are trouble. They’re frightening and chaotic and often riddled with insurmountable paradox. All at once they are us – the site of our sensations, experiences, identities – not us – governed by unconscious, primordial systems, sometimes fiercely at odds with our desires and internal self-concepts – and perhaps most frighteningly, ours – like new-born babies, our bodies are entirely at the mercy of the ways that we care (and don’t care) for them.

Some days, living in a body feels like balancing on a raft atop a vast, nebulous lake. You’re rocked by strange swells, and all too aware that something beyond understanding lurks deep beneath your meniscus of skin. In moments like these, Cartesian dualism, or René Descartes’ theory of a radical separation between an immaterial mind and a material body, makes a hell of a whole lot of sense.

But from my experience, treating one’s body as separate from the self causes all sorts of chaos.

I have come to this realisation through a condition that is in itself an extreme body paradox, the sufferer is both hyper-attuned to, and profoundly alienated from, their body. My condition falls under two largely unknown forms of Obsessive Compulsive Disorder: the first is Pure OCD and the second is sensorimotor OCD.

The public face of OCD is the person who cleans for five hours a day and cannot abide by things that aren’t colour coded, (and these are very real and serious iterations of the condition). By extension, OCD is understood to be constituted by severe psychological obsessions, which the individual then attempts to eliminate through acting out behavioural compulsions.

What isn’t really known about OCD is the sheer variety of obsessions that people can experience, and secondly, that obsessions can be felt—in the subtle positioning of a joint in space, in the relentless stinging of a single nerve.

My first brush with embodied obsession was cataclysmic, and it took me many years to be able to (partially) comprehend something that in the moment felt like my own existential collapse.

I was standing in a kitchen. I remember the grey, slanting lines of a concrete island. I was hugging someone. Someone who was utterly familiar to me, someone who had been there since my beginning.

I was not supposed to feel this way around this person. In fact, my feeling this way around them inculcated me in the most depraved of crimes. To think about, to desire, to commit such an act was to perform humanness in the absolute worst way.

In an instant, my most fundamental source of pleasure, the very core of my sexual being, had become infected with self-disgust.

For years afterwards, I was often plagued by intrusive mental images of extreme sexual acts. Seeing, talking to and even thinking about this person would cause my lady parts to catch alight, like Zeus himself was mainlining lightning direct my nether region.

I began to envisage myself as someone whose veneer of goodness and normality was stretched thinly over a ground swell of darkness. I was of the same order as Oedipus, the mythological figurehead of the twisted human psyche.

After three years, and four different therapists’ attempts to decode my sex-soaked mentals, I was diagnosed with OCD and began seeing a specialist. My fixation on a specifically ‘deviant’ idea of sex, one which I believed had poisoned my identity from the inside out, was actually a recognisable symptom of a little-known form of Obsessive Compulsive Disorder, often called ‘Pure O’.

Through (panic-googled) resources like the life-changing YouTube channel of Chrissie Hodges, an author and OCD advocate, and the landmark paper called “Thinking the Unthinkable,” where Steven J. Phillipson coins ‘Pure-O’, I learnt more about the condition.

The individual experiencing Pure O is confronted with a thought or a question that horrifies them, referred to as a “spike.” This thought often alludes to a subject that is unconscionable to the individual, or deeply taboo: think the most graphic torture, violence, murder or sex acts imaginable. These are the devastating substance of the Pure Obsessive’s thoughts. However, the obsessive’s attempts to ignore their own thoughts only increases their stranglehold.

The paradoxical logic of Pure O also applies to its manifestation within the body. It turns out the bodily nightmare that I had experienced has a name—‘The Groinal Syndrome.’ Similar to other sensorimotor obsessions, (like the feeling of breathing, or swallowing, or literally any other physical sensation), an individual who experiences ‘The Groinal’ is so hyper-aware of sexual sensations in their genitalia, and tries so desperately to fight them, that they are magnified beyond belief.

They’re transformed into monster-sensations, much more suited to the genitals of a slavering, eight-foot orc than those of a small and anxious human.

During an obsessive-compulsive episode, the body is othered. It becomes the obsessive’s worst enemy, cruelly disobeying every one of their hysterical commands to STOP THINKING, STOP FEELING and BE NORMAL.

The longer I have lived with ‘Pure O’, the more I have realised that the obsessive’s desire to reign in bodily sensation mimics an external culture that controls and manipulates bodies.

Growing up as a conventionally attractive cishet woman, my body has been culturally inscribed as desirable and inherently ‘sexed.’ My delineation as a hyper-sexual body has been enforced by the media, by social communities, by family members, by men, and perhaps most strangely, by myself.

My experience of Pure O and the Groinal Syndrome might just be the propagation of culture inside my own body, or my body simply trying to live out the existential expectation that has been placed upon it.

Like the theorist Elizabeth Grosz says, “Our ideas and attitudes seep into the functioning of the body itself, making up the realm of its possibilities” (190). Or perhaps my Pure O is an act of furious irony. You want me to embody sex? I’ll be aroused non-stop. You want to denigrate my sexed body? I will spew self-hatred from every synapse and pore.

But my Pure O has taught me a lesson that I desperately needed to know. That my body is me. Every nerve is coded with knowledge, and every cell remembers.

Bodies are not the puppets of our brains, nor the slaves of cause and effect. They’re psychosomatic entities that form nuanced dialogues with cultures. Don’t treat your body like an outsider, an alien, or like it’s intrinsically wrong. If you do, your own flesh will fight against this injustice with a force you never knew you had.

Sophia Benjamin is a Melbourne writer, poet and literature nerd. Her work has appeared in Voiceworks: Pluto, and she has a self-published poetry collection called Sleepover. She is a copyeditor at The Lifted Brow, and the editor of the ‘What I’m Reading’ series at Meanjin Quarterly. Sophia is passionate about OCD and mental health awareness.