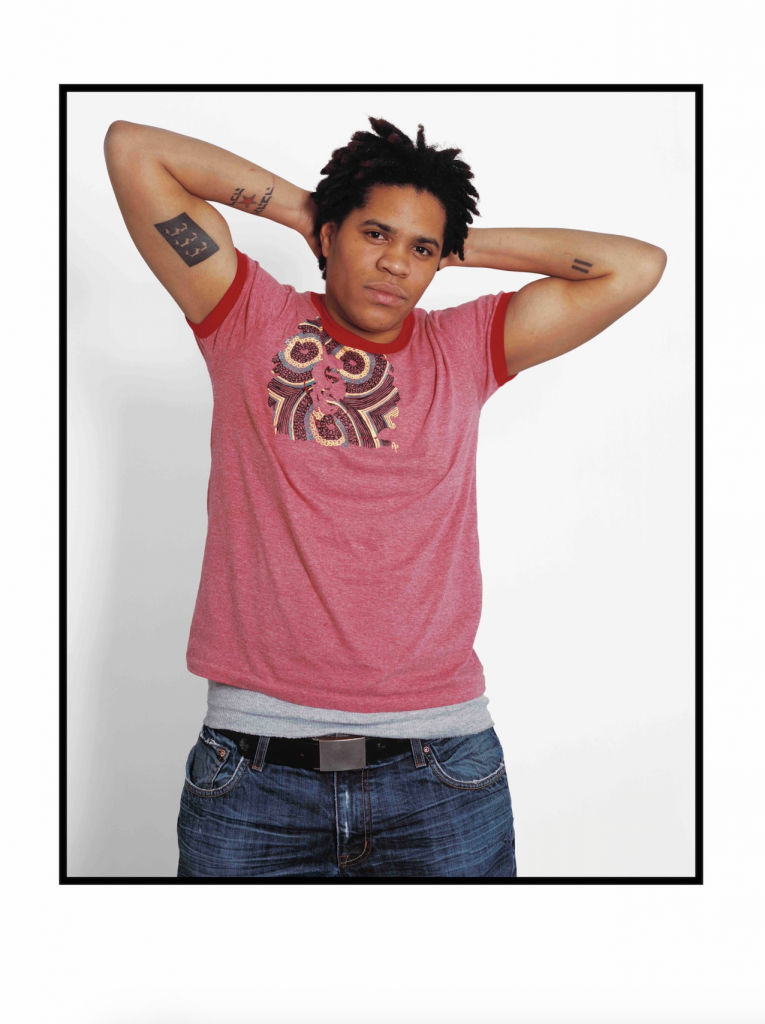 “It’s done! We did it,” a colleague of mine tells me in the tearoom.  I know what he’s referring to. Two days prior to this exclamation, it was announced that 61.6 per cent of Austra­lians voted ‘yes’ to legalise same-sex marriage (SSM). Eyes beaming and shoulders relaxed, he says we can finally move on and be seen as equals by the dominant population.

I, however, have a very different feeling to this cis white gay man who thinks the battle for equality is over.

In a deep state of exhaustion and loathing, I explain that the war is not over. That it won’t be over for some time. What proceeds is a quarrel bet­ween me and him – an all-too-familiar cannibalisation between LGBTQIA+ community members due to a political move implemented by straight people.

Me, trying to get him to understand what it was like for trans and gender-­diverse communities to be thrown under the metaphorical bus by the ‘no’ crowd, and to not be rescued by the ‘yes’ team. Him, telling me that I need to have perspective, that everything comes with time, that I need to wait my turn.

I’m so tired by this point that diplomacy escapes me. I tell him to fuck off. I grab my bags, storm out of my workplace, and go home to cry and pack for my flight to Johannesburg.

I fly out that evening, heading across continents for a week of work with activists from Africa and Asia ahead of the Commonwealth Heads of Government Meeting. We’re trying to get their rights affirmed, working towards ending criminalisation in (at the time) 36 countries and increasing protection laws across all 53 Commonwealth member states.

I’m self-medicated on airport wine and painkillers, flicking through the week’s agenda, excited and optimistic that we can make some kind of headway for their rights. But all I can think about is how many members of our community, like this guy I told to fuck off, will stop fighting now that SSM will soon be passed in both federal houses in Australia.

The journey to visibility is a lot like coming out.

It’s that constant exercise of making people aware that you’re not, you know, straight. It’s getting people to use your pronouns correctly, and arguing about grammar. It’s putting a part of yourself on the line, ready to field questions that, at best, come from a place of blissful ignorance. It’s being on red alert, hoping that it will be okay afterwards.

When we come out, we put our trust in others in the hope that they will ac­cept us, love us, respect and protect us without question. Similarly, visibility – which is more vast and public-facing – is a yearning for unconditional love. But, instead of it involving our nearest and dearest, we put our whole selves out there in the hands of strangers.

In Australia and beyond, we have seen an uptick in members of our community in advertisements for destinations to get married, holding hands while donning white lace or matching suits, and dancing surrounded by loved ones. Corporations showcase their employees in front of rainbow banners to sell their wares during the peak pride season of the region their offices are based in. 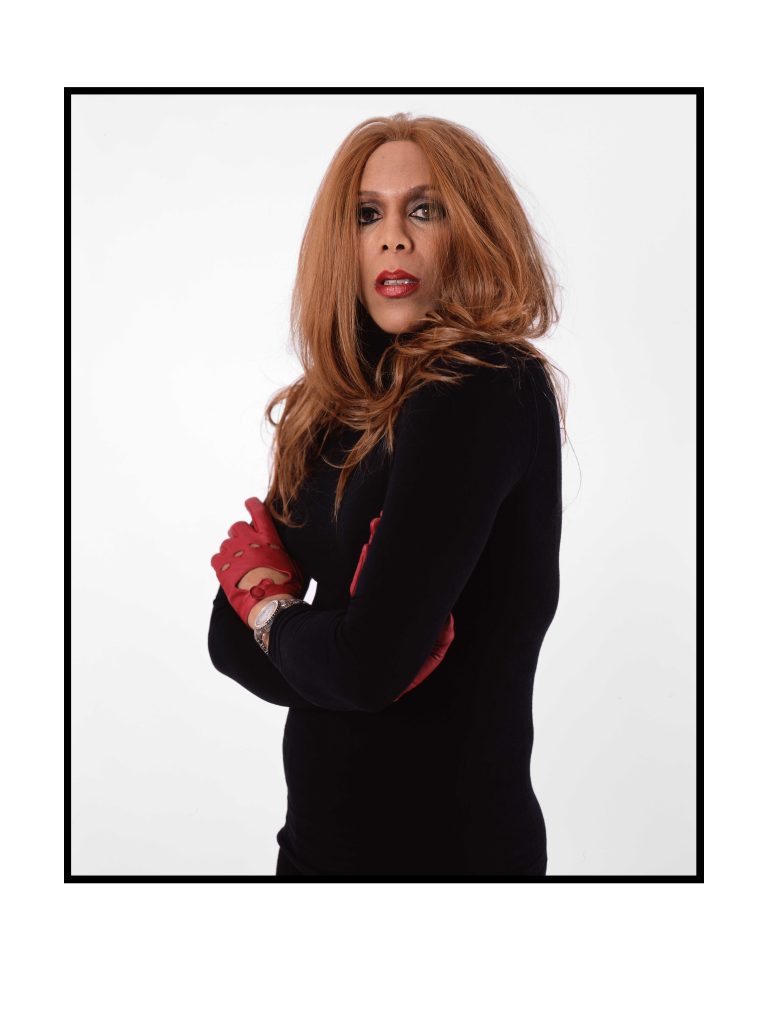 Craft stores hire drag queens to sell sequins, and workplaces frantically give out lanyards with their logos embossed over a flag that means so much more than allies will ever understand. Big-budget films now have same-sex-­attracted protagonists, and characters we know and love are retconned as queer.

I feel thankful that we have this chance to see ourselves in lights. My eyes well with joy that, finally, we are being seen as something, as someone, wholesome and worthy. I often click the ‘share’ button on Facebook and write, in all caps, that I’m “SO PROUD” to see my friends, my communities, our trailblazers being celebrated in moments of elation and passion they fought so hard for us to get.

But that pride dissipates when I read online comments that we should be “killed”. That we are “faggots” and “dykes”, “trannies”, “freaks” and “paedo­philes” who “corrupt children”. We might as well be told we are witches that lure kids into our gingerbread houses.

In these moments, I’m reminded, again, that we are not equal – that the respect we’re given can be revoked, and that there’s still so much left to fight for when I have very little fight left in me.

There’s nothing empowering about one part of you being visi­ble when the rest of you is targeted, shamed and threatened. What does it matter if some of us are visible when our collective LGBTQIA+ community is still surrounded by intolerance and hate?

I appreciate that it takes time to change the world, to change people’s minds. I understand that we need faces, placeholders and names for positive role-modelling and to build empathy among the powerbrokers in mainstream society.

This isn’t about us celebrating our whole selves, however. This is about trying to prove to the public that we aren’t a threat. This is about trying to appease those who have hurt us so they will say that we’re good enough. In equating our struggle for liberation with the struggle for marriage – a pinnacle of traditional cisgender, heterosexual life – or for appearances in ads or movies, we are telling the majority: we’re just like you.

But fitting in to what the majority expects of us is changing ourselves to suit them.

Participating in the traditional sys­tem of marriage doesn’t make us trai­tors to our communities. But expecting everyone to follow suit, to alter our wants and behaviours so we aren’t punished for standing out, is ­bullying and manipulation. When it’s still illegal for us to exist in several countries across the world, perhaps we should direct our energy beyond just pandering to the mainstream.

I see my friends overseas fighting ferociously to gain the legal and social privileges we have here in Australia. They’re not marching the streets calling for marriage. Their nightclubs and homes are being raided. They’re being whipped and caned in public. They’re seeking asylum to avoid being raped and murdered, with no support from the police or their governments.

Within Australia, our communities still suffer. Suicide rates are abysmally high – around 35 per cent of trans individuals and an estimated 19 per cent of those who are intersex have attempted to take their lives. Same-sex attracted people generally are up to 14 times more likely to attempt suicide than their straight counterparts.

Less than half of us feel safe being out at work. LGBTQIA+ people experience homelessness – including being kicked out by blood families – twice as often as heterosexuals. Forced sterilisation and conversion therapies still happen.

Even having bisexual, intersex, asexual, and transgender and gender-diverse people seen as legitimate is a hard-fought battle, both inside and out of our acronym. Having ‘marriage equality’, we were told, would mean that we are all safe, that we’re secure, and that our rights are grounded forevermore. Instead, what we’re seeing is the mainstreaming of the most ‘palatable’ members of our com­munities at the expense of others.

The implication of safety, security and equality under law promised by mere visibility is a fallacy. It allows those who have oppressed us to profit off our suffering: they raise rainbow flags for corporate gain to attract the pink dollar, and use us to rack up diversity points in a system they have rigged to benefit them.

Worse still, it’s made us believe that we’re gaining dignity in the eyes of the straight world, when all it’s done is force us into another box that perpetuates the same systems of oppression under a different name. In seeking to see more of ‘ourselves’ in large-scale platforms, we risk leaving behind our fellow queers who are ‘too hard’, ‘too much’ or ‘not enough’.

If we are sharing the acronym, we must share the pain so we can share the victories. We must work together to enshrine dignity for everyone in our community. We cannot become complacent in visibility alone.

Visibility may offer validation, a sense of warmth and pride, but it’s also a trap. It can make us forget those who came before us and who we’ve abandoned. But these people fought and suffered so we could have a freedom they didn’t have access to. And that – freedom, rather than just ­visibility – is a battle we are yet to win.

We need to look at our histories, both the ones behind us and the one we are creating, to understand where we need to go next. We must not lose focus on unity.

We need to make space for our least visible so they can speak on their own behalf. We must sit with them, be allies to one another and use what power we have – much like we did at the Commonwealth Heads of Government Meeting – to ensure our gains are their gains, too. When one of us loses, we all lose. When one of us wins, we should all win.

If being visible means having opportunities afforded to us because straight people think we’re finally ‘good enough’, all while forcing us to still deal with the need to survive outside of that limited ‘generosity’, then we don’t have to accept it.

That just co-opts our pain so that allies feel better. That puts conditions on the love, respect and dignity we receive, which is nothing short of an insult. We don’t need fair-weather allies, or allies who use us for their own symbolic gain; we need accomplices who will work with us to dis­mantle the hate that kills us.

Jacob Thomas is a non-binary queer living in Melbourne by way of Shepparton. They are a human-rights advocate and 2016 Queen’s Young Leader. In their spare time, they are a drag artist, designer, actor, researcher and mentor to young queer activists across the globe.