I’m walking down King Street in inner-suburban Sydney with my headphones in, engaged in that detestable digital-age behaviour: scrolling through social media while walking.

I come across a video posted by Juno Mac, a UK-based colleague and comrade in sex-work activism. I’ve been watching her posts closely this week because she’s where I’d like to be: at the 2018 International AIDS Conference (IAC) in Amsterdam.

The video documents the direct action undertaken by sex workers at the ‘passing the torch’ ceremony, during which the Positive Flame – the IAC’s symbol for the global HIV response – is transferred to the next conference site. The significance of the protest is immediately clear to me, but won’t be to anyone for whom sex-work politics is off the radar.

It’s been announced that the next IAC will be held in San Francisco. Immigration policy under the current American government makes it difficult for sex workers, drug users and Muslims – all of whom have a stake in HIV policy, advocacy and service provision across the world – to enter the country.

If they do get through the border, there are plenty of other legal and cultural liabilities that come with their presence on US soil. It seems the Positive Flame, which this year’s torchbearer describes as a “flame of inclusion” and a “beacon of hope and access for everybody”, also symbolises the exclusion of non-American sex workers from AIDS 2020.

I watch as sex workers and allies, carrying the signature red umbrellas under which sex-worker-rights advocates stand across the globe, enter the event space together and begin to disrupt the proceedings. I see them swarm in from the sidelines of the seating area, silently forming a block of dissenting bodies. 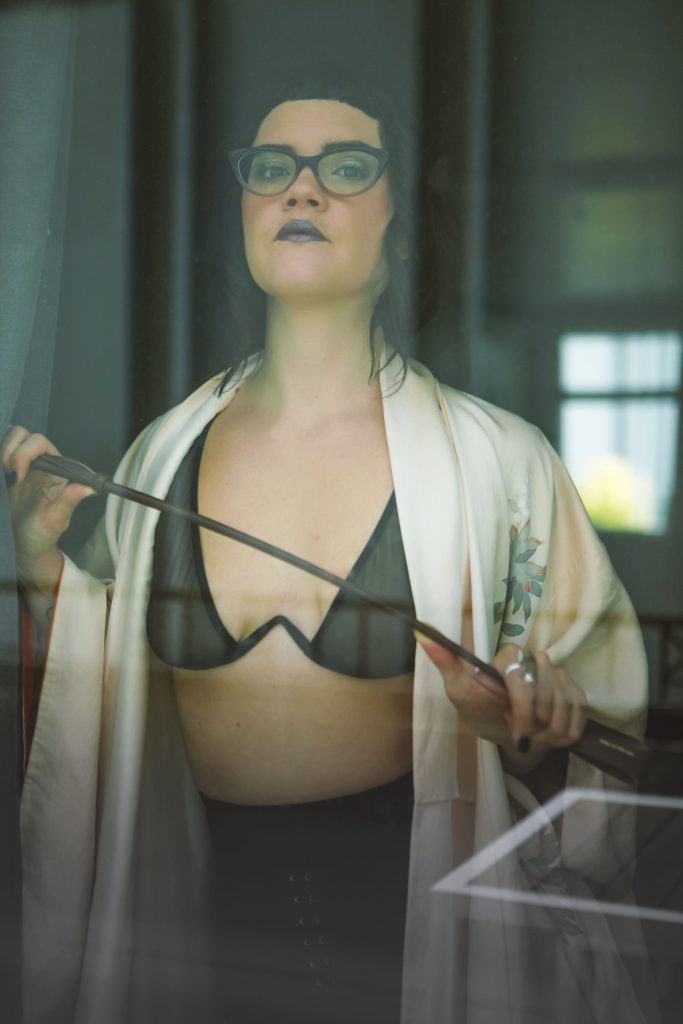 A black American trans woman, whose familiar face I make a mental note to track down later (activist Ceyenne Doroshow – look her up), then takes to the stage and speaks a truth that’s been spoken a million times, at the gates of a million institutions for public health, public policy, legislation and human rights: “This torch is not being lit for us.”

She continues her booming polemic about just who the IAC has excluded with this move: Those who get but a passing mention in the research, and are often completely forgotten by service delivery. Those who don’t get seats at the big tables, whose issues are ghettoised even within the conference itself. Those whose lives have always been marginalised by global HIV/AIDS politics, even as they actively mobilised around it from the start.

The voice of Doroshow – and those of the other protesters, who drown out the suited white male MC as he interjects over the PA – flips a switch in me, and my rage, my grief and my waning energy become a resolve to keep fighting.

It’s been a tough week. Sex worker exclusionary radical feminist (SWERF) Julie Bindel keeps getting uncontested television and radio spots to proliferate her myopic carceral feminism. I’ve spoken to a journalist for two hours about potential stories on sex work, only to have him tell me how many of them weren’t stories. I’m already a bit on edge, and the video just takes me down emotionally.

It’s only during a later viewing of the footage that I catch something a Dutch man seated in the front row says to the sex workers circling the torchbearer. Chastising them for their dissent, he delivers his incisive analysis of their intentions with a mocking, singsong tone: “because you want attention”.

Much as I’d prefer to skip right over Dutch Dude (DD) and his throwaway, dickhead commentary, his words are the most telling among all of those in the seven-minute video. On the surface, it’s a bit of a Captain Obvious moment: The protesters are, um, protesting. They are yelling, and holding up signs and symbols of their struggle. Congratulations, good sir, you are correct: they want attention.

But the attention that DD is accusing these sex workers of wanting is of a very different kind. It’s the sort that bratty children demand when they don’t get what they want. Or maybe the sort that he imagines the sex workers in Amsterdam’s windows are seeking: wanting to be looked at, to be validated by a ­desirous gaze.

I’m reminded of Melissa Gira Grant’s concept of the ‘prostitute imaginary’, from her seminal sex-work text Playing the Whore. Within this framework, sex workers are always working, even when we’re doing other things, like caring for our children or doing our day jobs. No matter what other identities we hold, we are always and already, first and foremost, sex workers.

The protesters may have been using different methods of communication to garner attention than they would have in the windows, on the streets or in their advertising, but for DD, in his prostitute imaginary, it’s all the same: they’re whores using their filthy bodies and filthier mouths to ruin a perfectly nice thing.

The ‘attention’ sex workers seek – and that which is and has always been paid to us, whether or not we’ve sought it – is perhaps at the root of the discrimination, criminalisation, human-rights violations and deep stigma that we face.

Need to think of the children? Better put us somewhere out of sight. Need to cause a scandal in the lead-up to a federal election? You know where we’re stored – just come and open the box!

This now-you-see-it-now-you-don’t way of framing us constructs mystery – and, thus, suspicion. Our clients want to know our ‘real’ names, or to get to know us ‘for who we really are’. I was asked by the first major publication I’d written for whether Gala Vanting is my ‘real name’, and was forced to have that name qualified in the byline.

Journalists want to ‘uncover the truth’ about us and our work, and create a perverse sort of tourism out of ‘never-­before-seen’ images of our workplaces. Undercover police book us for sessions, enlist our services and then arrest us.

We are ‘untrustworthy’. We are always ‘hiding something’. And it’s our essential character as ‘lying, cheating whores’ – not the fact that we are forced by state-sanctioned stigma to protect ourselves and our identities from all sides – that’s to blame. 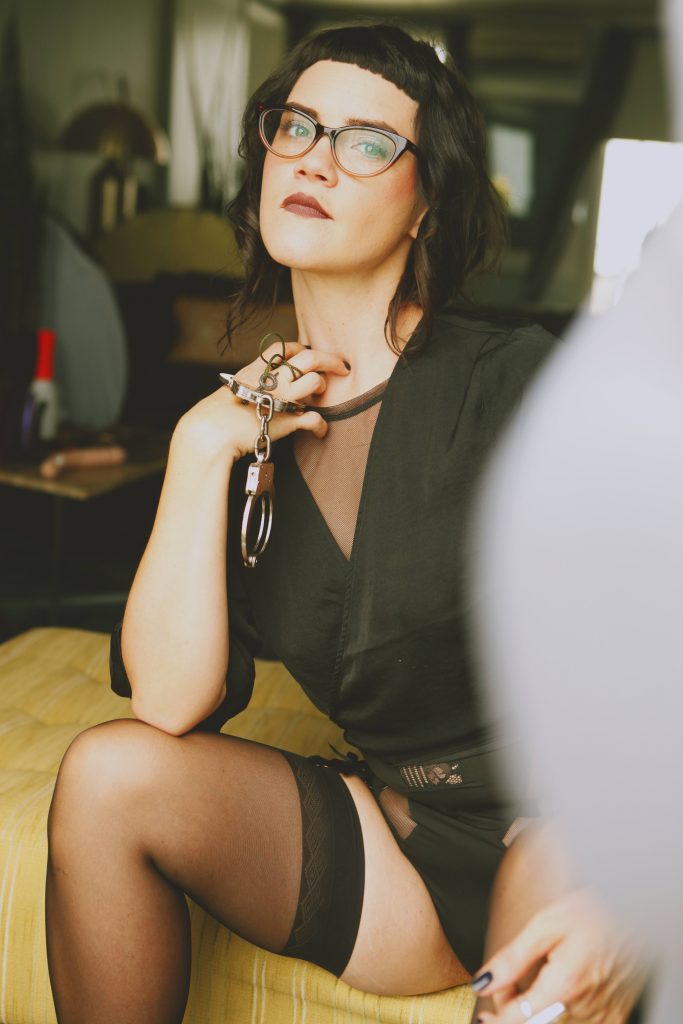 Indeed, the gazes that fall on us are rarely the ones we’re after. And the ones we do seek are generally received in token quantities, or because they happen to serve another, concurrent agenda for the individual or group attending.

But the attention we actually need – decriminalisation of all aspects of our work; anti-discrimination measures and ease of access to social, health and employment services; protection from labour exploitation and access to safe working conditions, including as migrant workers; the ability to speak freely and in detail about our experiences as labourers and as people – is often completely out of reach.

To seek all of this from authorities is to disclose our criminality. And, as we are popularly viewed as having been incapacitated by our ‘victimhood’, we are precluded from taking meaningful action to fight for our own personal and ­collective needs.

As someone who’s always had an uncomfortable relationship with state powers and mainstream social institutions – thanks to my time spent in feminist, queer, anti-racist and pro-sex-work spaces – I’ve always found the attention that sex workers receive from those parties unjust and certainly injurious.

We are used to being fucked by the system without compensation. It angers me, but it doesn’t surprise me. It’s a dull, constant ache that I’ve grown used to living with.

The pain is a lot sharper and more acute when the ill-directed attention comes from within the communities that I’m part of, or from those with whom I believe I share an identity or struggle.

These audiences lap up those arguments as ‘evidence’ that we need tougher, prohibitive or abolitionist legal frameworks for sex work. These people, who self-identify as feminists, want us to perform the simplest and easiest story for them to understand, and they consume these appropriated images hungrily.

I remember going to my first Mardi Gras parade after moving to Sydney, expecting to see sex workers among the celebrations. I know we’ve been there before – I’ve seen the photos.

I know the history, too. Sex workers have always shared spaces of struggle and resistance with queer folk. We were there at Stonewall. We were – and are – there for HIV/AIDS, and have been leaders in the response, particularly here in Australia, where our work around prevention set global trends in the 1990s.

We were there for the ‘yes’ vote. During Australia’s marriage-equality plebiscite, I ran my own ‘yes’ campaign using my sex-work persona, exchanging ballots for session perks for my clients. All the while, I was aware that some of my fellow campaigners might not have taken kindly to my juxtaposition of sex work and queer family life at a moment when we were under the whole country’s scrutiny; we had to look sharp, wholesome, assimilated.

But sex workers weren’t in the parade. I watched every Mardi Gras float go by, and the sex workers I knew who were marching were doing so under other banners. Integrated into other identities. Invisible as sex workers.

It turns out that we haven’t been there for a few years now. I’m not the sort of guy who gives too many fucks about what Mardi Gras has become, but I do give a few about how it began – and we were there. We paid attention to the queers’ struggles and made them our own.

Where are LGBTQIA+ communities in our fight to take our identities off the criminal record, in the same way that we fought to make their lives legal? How was their struggle for decriminalisation so seen by us, and ours so invisible to them?

I listen to my sex-work colleagues all over the world tell stories of their queer partners cashing in on the social currency of sex work within younger or ‘radical’ queer spaces. They get cookies from their social spheres for that logic-defying act of ‘loving a sex worker’, only to turn months or years later to use their partner’s sex work as grounds for a break-up, or use the criminal status of their partner’s profession as a form of control in intimate violence, or use the fact that their work involves sharing intimacy with strangers as evidence that they can never really commit to a partner.

I’ve been on the receiving end of all of these. I’ve had my work be “so interesting, wow” at the start of an intimate relationship, only to have it become the great crux of my moral character at the end of it.

If these ways of seeing us are so utterly unstable, so wildly variant, so purpose-built, how can any of them be understood to be the truth about us?

How can we be this many things to so many people without the switch for their critical-thinking skills being flipped on? How can we convince them to be more suspect of the problematic stories and images that are spread about us by people who are not us?

It’s no wonder that sex workers often don’t want to be looked at at all. Putting ourselves in anyone’s purview, beyond what’s absolutely necessary for us to earn a living, comes with layers of complexity that – for so many of us for whom sex work is just work – aren’t worth navigating.

Gala Vanting is a sex worker, writer, educator and activist working to create critical dialogue around sexuality, gender and their intersections with other aspects of social justice. She lives and works on colonised Gadigal land.