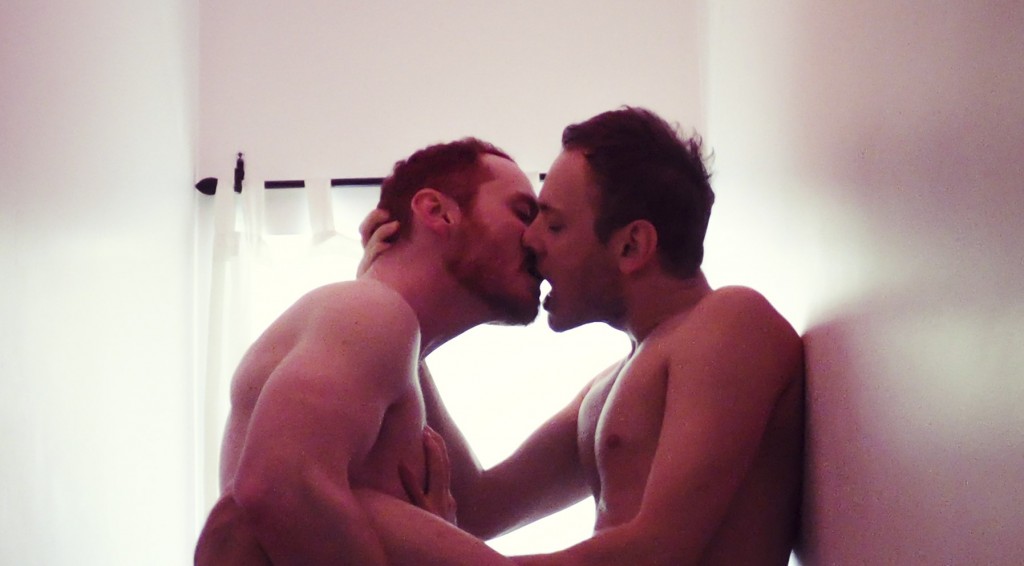 But I want it! I want it! I want it! He chanted like a prayer, even though his fear of the pain was enormous… The head of Fred’s cock pushed carefully into the sphincter. Slowly, lovingly, tenderly. And still Horst just couldn’t endure it. A wave of feelings swept through his body: fear, shame,anger… Since he couldn’t get a grip on them, without a word he wrestled himself free of Fred, jumped out of bed, sprinted to the bathroom to grab his clothes, and a moment later he was gone.
Stephan Niederwieser
Bend Over! (2011)

Its author, German writer Stephan Niederwieser, knows a good deal about the finer details of sex between men. He’s definitely someone I’d like to meet at a dinner party.

There’s a centuries-long tendency in the western imagination to conflate male homosexuality and buggery. Although both of these categories have had shifting historical fortunes – their meanings changing, sometimes dramatically, across time and space – it is more or less the case that since the modern homosexual emerged as a recognisable (and rather unpopular) sexual identity during the late 19th century, butt sex between men has accumulated a whole arsenal of queer cultural baggage.

Those who identify as men tend to have an anxious relationship with butts – their own and those of other men. This perhaps has more to do with the social organisation of gender, rather than with sexuality per se, although the two are of course always intertwined. The reasons for this come straight out of gender studies 101.

Identifying as a male in our culture requires a fervent prioritisation of the penis. As the main organ of male eroticism, the cock is made the focus of eroticism in general, both straight and non-straight, both symbolically and in practice. This is what feminists call ‘phallocentrism’.

The anus, on the other hand, is associated with an imagined ‘feminine’ passivity, and, as even the most amateur Freudian will tell you, feminine passivity is the antithesis of phallic masculinity. So, according to the binary logic of heterosexual difference, in which masculinity and femininity are bound to a socially prescribed active/passive opposition (men do; women are done to), to be fucked is to be placed in the feminine position and hence to lose one’s claim to authentic (that is, phallic) manhood.

Contemporary gay culture has ‘tops’ (the inserter), ‘bottoms’ (the insertee) and ‘versatiles’, which are terms that emerged during the post-Stonewall period. Again, these heavily gendered positionings, and the sexual identities that are sometimes connected to them, have shifted in meaning over time. These days, the top position is typically understood as ‘active’, ‘dominant’ and ‘masculine’, while the bottom role consigns one to the less male, and therefore less privileged, side of the binary: ‘passive’, ‘submissive’ and ‘feminine’.

In a male-dominated society, to bottom is to be dominated like a woman. But this is far from the whole story.

Back to straight men: if we’re to believe the Internet, hetero guys are becoming increasingly comfortable with the erotic potential of their rectal zones, at least in more sexually liberal contexts. In politer company, however, the straight guy’s butthole remains a no-go zone. Mark Simpson, that irrepressible sexuality pundit responsible for coining both the terms ‘metrosexual’ and ‘sporno’, has described men’s arseholes as the “fatal flaw” in phallic masculinity. It’s a flaw, he suggests, that men “must constantly repudiate because their anus, much as they like to pretend otherwise, is always with them…even when they are at their most active, only a few inches away from their penis”.

For the phallic model of heterosexual masculinity to work – that is, for men to be masculine – the sensual life of the rectum must be repressed: it doesn’t exist, certainly not in a sexual way, and absolutely not to be penetrated.

None of this has been particularly good PR for butt sex, or for the homosexual men that have long been considered its signature practitioners. Gay culture inherited some of these hang-ups, and is bedevilled by the gendered polarisation of sexual positionings. In some quarters, these positionings are understood as fixed roles, difficult or impossible to change, and linked to a gay man’s entire social identity.

There is no shortage of top/bottom urban mythology. One story in circulation is that there is a shortage of ‘real tops’ and that all gay men are secretly bottoms. Some of this folklore is based on quasi-scientific ideas, for example, that being a bottom is related to how your prostate is wired.

Note the slippage here from a supposed biological ‘fact’ of the body, to sexual habits and then to sexual identity. Science can be helpful in the sexual arena, but, as we know, it has also been a long-time arbiter of problematic sexual norms.

One dubious study published in the Archives of Sexual Behavior claims that “naïve observers” can identify the top or bottom in a gay male duo, based on facial features and “perceived masculinity”. Again, a gay man’s true desire is supposedly lodged in his anatomy, visible to even the un-tutored onlooker. This is strange, really, given that frequently gay men themselves can’t intuit such sexual data until they are in bed with each other.

Another myth of sexual positionings is that men who claim to be versatile are just cashing in on ‘top privilege’ to appear more masculine. How much these myths resonate depends on the feelings and experience of individuals. In my humble opinion, those who reject the possibility of genuine versatility should go to the same purgatorial place reserved for people who deny the existence of bisexuality.

Still, there aren’t, and nor should there be, sexual fluidity police: some gay men’s experience of their sexual desire does indeed feel fixed. They are ‘a top’ or ‘a bottom’, and, for them, that is real. Also, certain types of power dynamics in the bedroom can be extremely sexy.

Gay male culture has a long and abiding fascination with masculinity. In some instances, there tends to be a fetishisation of sex roles, a desire to ‘fix’ them into place. But there is equally a desire to fuck with these roles and see them undone.

In a sense, butt fucking is apocalyptic, if only because of the complete landslide of cultural meanings attached to it. But, thankfully, not all associations are with shame, taboo, emasculation and fright. Anality is also a source of fascination, ecstasy intimacy, power, pleasure, an enhancement of masculinity, and, paradoxically, a willful pleasure-taking in the destruction of it. Frequently, it is all of these things at the same time.

In the past, most gay men were compelled to learn about sex through whispered conversations, or during their first encounter. Now, there is a long list of forums for talking about sex between men, and an ever-swelling library of books like Niederwieser’s how-to guide.

There will always be those that resist a symbolic analysis of sex, preferring to stick with ideas about ‘what is natural’, ‘how they were born’, or ‘thanks, but I’d rather not read into it too much’. And all of those positions are completely understandable.

For others, the cultural meanings of sex are important. And for them, the humble mounds of buttock flesh, the small opening at the end of our digestive tract and the rectal walls that expand and foreshorten in response to internal and external pressures play a powerful symbolic role in the organisation of gender and sexuality.

The sometimes overlooked butt is a complex symbol as well as a multifunctional part of the body’s anatomy. When it comes to getting sexy with it, our culture has given us a lot of reasons to feel and think things. Beyond the garden variety phobias (will it hurt? is it messy?), there is a shitload of other symbolic mess to wade through.

Talking about this stuff might not entirely loosen its grip on how we feel about sex, but it can help to explain why we feel ashamed or terrified, extremely curious or really fucking excited.

Dion Kagan is a researcher and arts writer in film, TV, sex and popular culture. He lectures in gender, sexuality and cultural studies at the University of Melbourne, writes a queer column for The Lifted Brow and is a regular voice on fortnightly culture podcast The Rereaders. His book, Positive Images: HIV/AIDS and the Culture of Post-Crisis, is forthcoming.