Being a stealth trans man when transphobia is on the rise 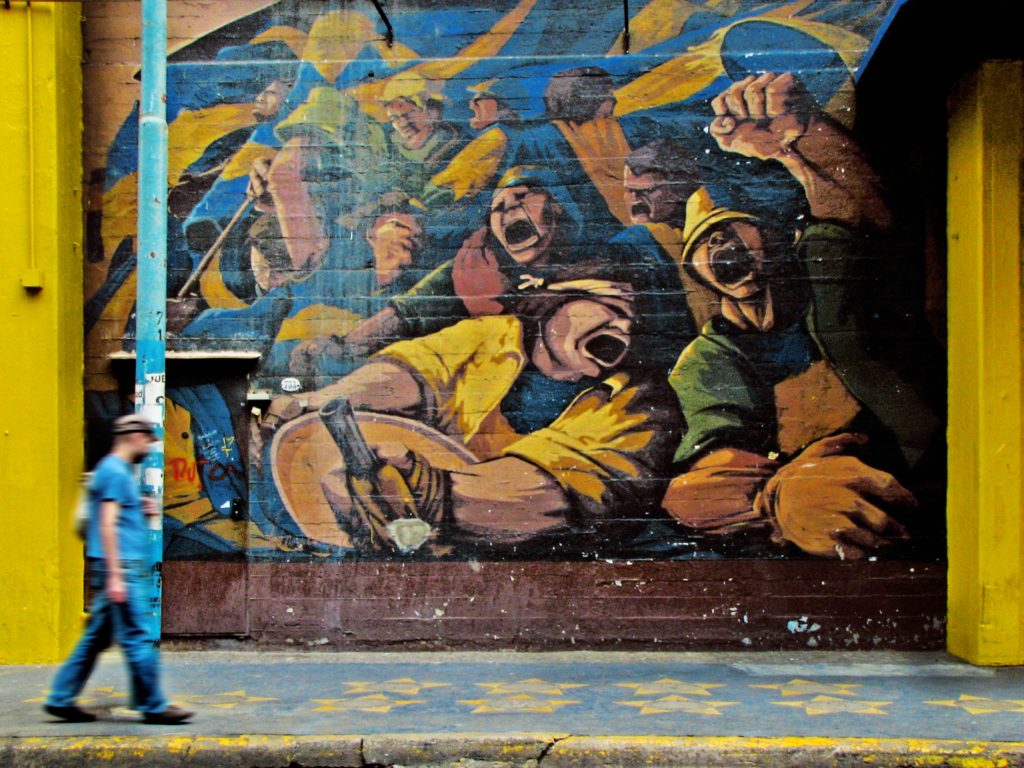 The election of Jair Bolsonaro as president of Brazil isn’t an isolated phenomenon.

As a politically compromised transgender man, I can’t help but interpret it as part of a worrying reactionary backlash.

I live in Argentina, the first country in the region to recognise trans people’s right to change our names legally and access gender reassignment surgeries and hormone treatment through the public health care system.

Here, reactionary journalists and pundits are growing in popularity, along with an anti-sex education movement.

It’s centred around the idea that there is an international conspiracy to “pervert” children into being LGBT, through “gender ideology” (which, after listening to their explanations, one can conclude, is a very grotesque, strawman-ish misunderstanding of queer theory).

The movement raised its head in Argentina last year, after the Congress started considering a bill that would make LGBT-inclusive information a mandatory part of sex education programs across the nation.

The movement’s anti-LGBT sentiment is fuelled by the idea that LGBT people are broken people, that someone teaches you to be gay, bisexual or trans, and that by doing so, they’re harming you.

This sort of rhetoric puts LGBT youth at an enormous risk of being pathologised and to suffer severely as a consequence.

It’s not odd for a modern democracy with a progressive strain to suffer from reactionary movements. They will always be there.

Ideally, they will stay on the fringes of political discourse. Their marches will be ridiculously small, and their television appearances laughable and rare.

I am worried, along with all the activists and LGBT people I know, about two things: the size of this movement, and the way that the mainstream is welcoming and legitimising it.

Nowadays, on prime time television, I’m seeing a sort of blatant, nonchalant homophobia that I thought would slowly but surely fall outside of the Overton window after the legalisation of gay marriage in 2010.

It’s rather obvious why no one in mainstream politics seems outraged enough at the rise of this movement, and why we seem numbed, resigned to give it platforms and to invite its poster boys over as valid voices within important conversations.

One of our neighbouring countries, which is also one of our main commercial allies, has elected a man who talks about “gender ideology” (the misunderstanding of queer identities that fuels the aforementioned conspiracy theory) in his official speeches and who says that he’d prefer his son to be dead than gay.

It’s hard to avoid the feeling that it can happen here, for it’s happening next door.

I transitioned at age sixteen. I started hormone therapy on the 31st of October, 2015.

Currently, I live as male, with no difficulties. I’m stealth at college, I was stealth at my last job (where I couldn’t even say I was gay — my boss made it clear that they had a “don’t ask, don’t tell” sort of policy), I was stealth at every gym I’ve ever gone to. One would have to dig into my medical records to find out that I’m trans.

If a transphobe ever wins an election and makes transphobia a state policy, it won’t affect me first. But I care about staying aware and doing everything in my power as an individual to make that harder to happen.

I have a political debt, both to the person I used to be and to other queer people whom I love.

In these times, which are far milder than the nightmare of our neighbours, teenagers face a sort of rhetoric I didn’t have to worry about at their age.

Writers, pundits, and conservative politicians are working to build up an image of trans people as delusory and dangerous.

This is happening in the first country in the subcontinent that recognised trans people’s right to self-identify. This shows how frail progress can be, and why we should remain vigilant. It didn’t happen overnight.

Reactionary politics have filtered into the mainstream because we have allowed reactionaries the privilege of being perceived as an innocuous minority for too long.

All progressive movements have the duty of being aware of struggles beyond their direct scope of action. Without intersectionality, we’re not really understanding the diversity of those affected by the issues that concern us.

There are great inequalities within the trans community. Those of us who pass, or who have economic or ethnically-related privilege, have an obligation to use our privilege to help, defend and champion other trans people.

The concept of privilege is often misunderstood. Some time ago, I discussed it with a friend, who argued that what we call privileges are simply human rights and that calling them privileges is misleading.

When I talk about privilege, I’m not referring to being able to walk down the street without being harassed or not having your identity constantly questioned.

Having privilege is being able to ignore systemic issues because you don’t see them reflected in your own life.

When trans people are vilified as threats, or invalidated as delusional, these narratives will eventually harm passing, stealth trans people too.

Aaron Marco Arias is a copywriter by chance and an essayist by choice. He curates progressive publication Nada Respetable, and co-hosts “Vinos & Conservas”, a podcast covering wine and Argentinian politics.