Archer Asks: Velma Celli, creator and star of A Brief History of Drag 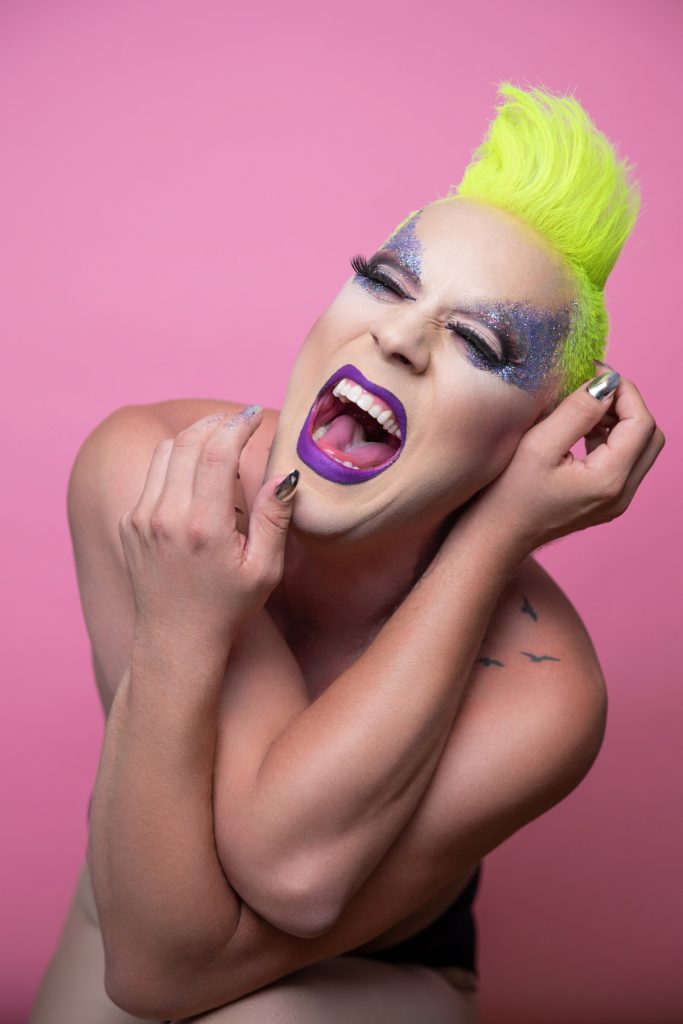 Internationally recognised UK drag queen Velma Celli – performed by West End star Ian Stroughair – chats with Belinda Quinn about vulnerability in drag, learning to like your creative self, and her cabaret, A Brief History of Drag, which comes to Australian audiences this January and February.

How did you get the idea to put all of your favourite moments from drag’s history into a cabaret?

Because I was bored. No, I was in Tanzania funnily enough. I’ve been going there for years to do drag and cabaret. I went on social media and asked the fans what they wanted to hear – the usual responses came back. It’s always, ‘Give us a RuPaul’ or ‘Do something from Rocky Horror’ or ‘Do a Boy George’ or whatever: the cliché songs that come whenever you think of drag.

I thought, you know what, for years I’ve been asked to do those songs, and the reason why I made a success out of my act was that I didn’t do them. But it was getting to a point where I just had to give them what they wanted, because they pay for tickets. I thought, I’ll do one night and I’ll put all the songs in the one show; I’ll rip the bandaid off. I’ll never have to do it again and everyone will shut up!

When I started writing out the songs, and popped them in chronologically on the floor in my flat, I realised there was a show there. All of these songs have a massive part of my history as an artist in theatre, but not only that – in my development as a gay man.

These songs are the anthems. For years I’ve rolled my eyes at in the nightclub, going ‘oh for God’s sake, seriously? Are we listening to this song again?’ But when I really looked into it and tried to understand why these songs and all these moments in drag were so important.

And I realised it’s because [those in] drag are the warriors. They’re at the frontline of everything since Stonewall to right now to every Pride march every year. Drag Queens are always the ones out there carrying the torch and fighting for our rights. But it’s really just about celebrating all the Queens, as many as we can get in one night.

I read that you believe cabaret should be a conversation. Do you feel like current conversations surrounding drag’s history are often missing key points, and that this show is where you wanted to fill those gaps?

Yeah. I think people have got very strict ideas of what drag is, and I think that’s something that I have fought massively since I started drag.

In England, it’s usually comedy Queens who are quite crass and brash on stage in their banter and their put-downs towards their audiences, and I thought that’s what drag was. When I went into it I realised I’ve got to do this in my own way.

And with… oh how do I say this without getting into trouble? With a certain American TV show that features drag Queens, I think drag has become about how people look, and talent comes second. I think the ones that stand out and win those competitions are brilliant, like Bianca Del Rio [is] phenomenal. But with a lot of the others it’s just about how they look. So my message with my show is just to display a little talent, hopefully.

And drag doesn’t have to be about being a ‘bitch’ or being fierce or looking beautiful. For me, drag should represent life, a heightened version of life. I don’t know if I’ve answered that question.

I think so. It sounds your show has some vulnerable moments, and people tend to see fierceness as a key part of a drag performance, more so than vulnerability?

We have a certain armour and a certain barrier and we keep things at an arms length. It can end up being fierce, and abrasive, and brash, and the vulnerability can be lost. But as an artist and a singer and a storyteller, you can’t just be that one dimension.

I love being fierce, don’t get me wrong. I love making a big entrance singing a rock song and just being ridiculously overconfident. But that’s not sustainable and, ultimately, that’s not real life. Art should always imitate life.

What lessons have you learnt through performing as Velma over the years?

I used to beat myself up after every gig. Now, if it doesn’t go quite how I wanted it to in my head, as an artist I’ve grown to go, ‘Yep, that’s done now. Next.’ I used to never be able to take a compliment. I like myself a bit better than I used to!

A Brief History of Drag is touring in Melbourne, Sydney, and Perth.

Belinda Quinn is a writer, editor and musician based in Wollongong. They’ve worked as a print editor and sub editor at Sydney street press The Brag, and have an interest in long-form, investigative journalism.