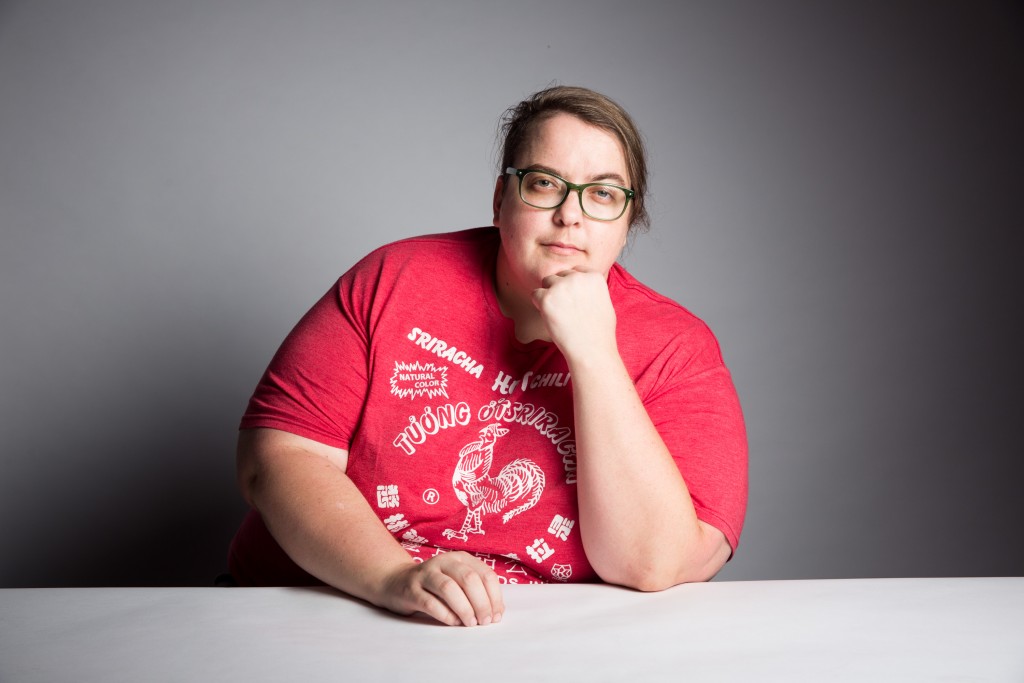 Rebecca Shaw (aka Brocklesnitch) is a writer, co-host of Bring A Plate podcast and creator of the parody Twitter account @NoToFeminism. She tweets hilarious responses to the sexist arguments about gender equality, complete with shoddy spelling and grammar.

She just recently turned her famous Twitter account into a book, No To Feminism. Dani Leever asked her a few questions about the book and her work generally.

DL: Hey Bec, thanks for chatting with us. Firstly, how’s your contest with Ruby Rose to become Australia’s favourite lesbian going?

RS: To be honest, it is going terribly. She has defeated me at every turn. Just when I thought appearing on lesbian fave Orange is the New Black was Peak Victory, she bloody goes and starts dating one of the Veronicas! She has thoroughly defeated me. As have Hannah Gadsby, Magda Szubanksi, Penny Wong, and just about every other well-known lesbian you can think of. But the Ruby loss stings most.

DL: We’re huge fans of your WomenAgainstFeminism twitter account. Can you tell us a bit about how it came about and the ensuing popularity of it?

RS: Thanks! It basically began a couple of years ago in a perfect storm of me going through terrible insomnia, and the start of the “Women Against Feminism” Tumblr that gained some notoriety. I wanted to react in some form, but also wanted to keep it light because there had been so much seriousness around all feminist-related issues at the time. So I had the idea for a parody account where I would play an anti-feminist. I set it up and sent a few tweets, and expected it to go nowhere and for me to give up immediately, but for some reason it just caught on and has grown from there.

DL: What are some of your favourite or most memorable responses to the account or some tweets?

RS: I spell the word ‘feminism’ incorrectly on purpose (I swear) in each tweet, and my absolute favourite that never fails to thrill me is dudes replying correcting the spelling. One even did it when I tweeted the cover of the book, where it is spelled incorrectly, as if it went to the publishers and none of us had noticed. 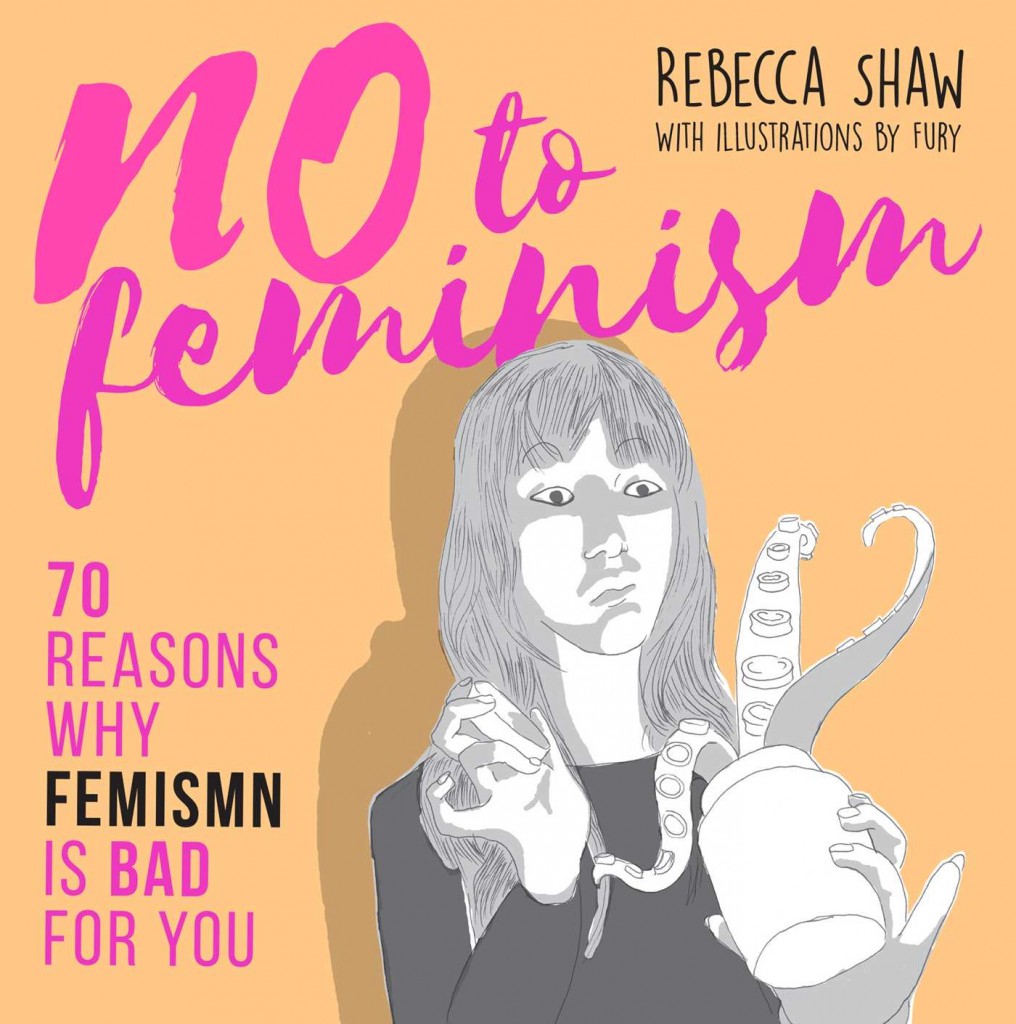 DL: Huge congratulations on the book – can you tell us a bit about how it was made?

RS: Affirm Press is a great publisher in Melbourne, and they contacted me with the idea of doing a little gift-type book that was my tweets and illustrations of them. Earlier in the year my talented friend Fury had sent me some illustrations they had made just for fun, and so we got them on board and they illustrated a bunch of tweets I had chosen and hey presto! 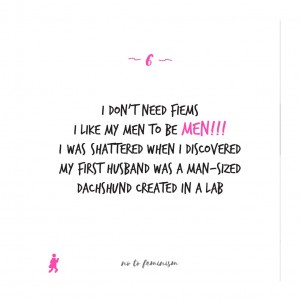 DL: How do you feel your sexuality has impacted your career and work?

RS: I think it has largely helped it (because I am also cis and white). I think it has given me a unique perspective and ability to stand out a little bit easier.

DL: What are some of the difficulties that arise when you talk about queerness and feminism?

RS: I think it’s a matter of ensuring that all of these factors are taken into consideration when discussing feminism. There are still many feminist takes that are written from a straight point of view and they are largely impossible for me to engage with because I have a different experience of the world. And the same goes for when I’m discussing issues, I have to be aware that my perspective is different to someone who may not be white or cis or able-bodied. 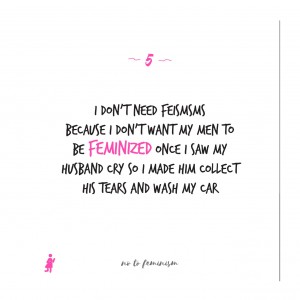 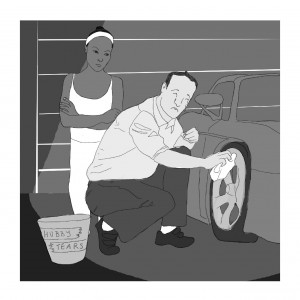 DL: What’s the value of using humour and satire to explore ideas around sexuality and feminism?

RS: So much of the discussion around feminism and sexuality is serious, because they are serious topics. So much of the news and events that happen around feminism and sexuality are really heavy and hard. So I think partly it’s that using humour and satire just gives not only the audience a break, or a chance to blow off some steam, but also the authors who need a break from engaging with really hard stuff consistently. Also I think that often satire and humour can bring in a different audience to the conversation, and perhaps can help shine a light on things that people may have not thought about before.

RS: It has been a massive year, and I am looking forward to throwing my phone and computer into the ocean and having a couple of weeks break over Christmas.

Rebecca Shaw’s book No To Feminism has hit shelves and is available for purchase online here.