Navigating the nasty and confusing territory of teenage femme-femme relationships 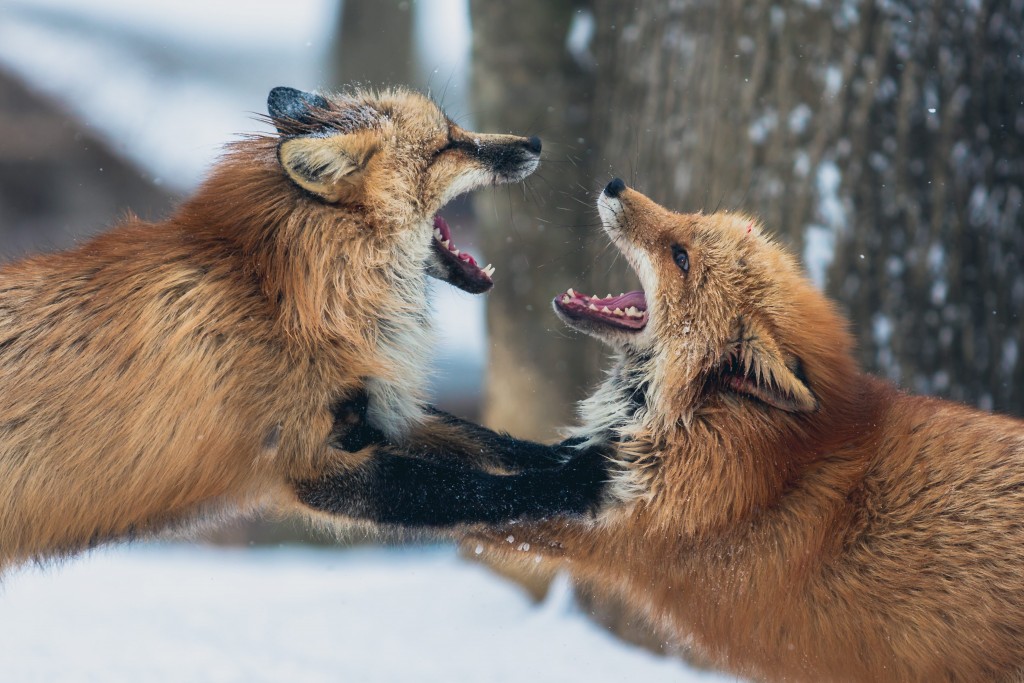 If a cat lands on its feet and toast always lands buttered-side down, sticky taping the toast (buttered-face-up) to a cat’s back and shoving the two off a counter would no doubt create confusion. The two could not exist in tandem without causing a cosmic rip in our universe’s pants.

My pants and universe have been thoroughly ripped by a similar phenomenon – I reside in two realities that cannot coexist. My experience is an awkward, unbalanced straddle between them, much like a pair of assless chaps, which has had some interesting outcomes. As stuck as I felt, though, there are some exit strategies one can employ if ever this situation arises.

The first reality I live in is the ooey-gooey, hippy-dippy feminist and queer one. I grew up in basket-weavers’ Balmain with liberal parents. I consider myself a Virginia Woolf enthusiast and started singing KD Lang songs to other girls when I was in preschool. This dimension encourages me to revel in other women’s success, to see that there’s room for all of us in the universe, and to understand that everybody’s beautiful let’s take our tops off and enjoy our freed nipples in a non-sexualised context!!

In the second dimension, I’m 17, and I go to an all-girls school. Quarterly, I receive an official document that gives me a number corresponding to how many girls are better than me (academically). More subtly, I am compared to these other girls daily by myself, by the media, and by boys according to a series of sexist external metrics – skinniest, most tanned, bubbliest (without being too obnoxious, of course). There are girls who are hot, and there are girls who are not. And female nipples are always sexual (which is a bummer).

Here is the seam at which my pants were torn with reckless abandon, where these two realities, my two buttcheeks if you will, met.

I’m standing next to my girlfriend at our first party together. It’s dank and dark, the stars aren’t out, someone’s definitely vomited nearby. I’m wearing barely anything, and it’s not to impress her. As if in some underground, underage beauty pageant my Gloria-Steinem-obsessed mother never signed the permission slip for, I’m stealing sideways glances and surveying the room. I’m wondering which one of us the boys are looking at.

The irony here being, of course, that I was holding her hand. A brash symbol that, even if I did have the most swollen lips and carved out breasts, they weren’t for male consumption. I should have been looking at her, creating the orbit in which we could both exist.

I wasn’t, though. I was sizing up which one of us was winning the competition. I felt very shitty because of how good she looked, and worried that I was losing.

I never again wanted to stand next to a girlfriend at a party and worry that she looked better, or see her receive a test result better than mine, or warm the heart of some elderly lady who I left cold. I wanted to win. My solution, as a competitive teenager, was to edit my relationships – you know, choose people who made it look like I was the Julia Roberts and they were that random country singer she married in the 90s.

Nothing major, I was still into femmes – just no femme whose femininity felt like an immediate threat to mine.

A relationship is not a beauty pageant, though, as I soon found out. These girls – with their unplucked eyebrows and their meaty thighs and their dazzling minds and their warm smiles and their 99 cent lipgloss on their snaggleteeth – these ‘safe girls’, either didn’t reciprocate my feelings, or cheated on me.

I was like, What?! No entiendo. We made a deal here: I pluck my eyebrows, you dote on me, we live into our old age together and people tell me once every five years that they think I could do better, and I get to feel really good about myself!

Being a feminist queer (my first reality, you may recall), I thought I was above pitting my own girlfriends against me (my second reality).

Nope, not at all, think again. If you’ve got an ego and you’re a teenager in the patriarchy, you’re pretty liable to do the same thing, too. It limited who I considered dating, it limited the way I saw my relationships, and made me incredibly insecure.

It also did nothing to guard me against the usual hurt of teenage love. It was a big fucking waste of time, and fake tan.

That’s the tricky thing about femme on femme relationships in the nasty world of teenage competition. In that cat-and-toast spinning whirlwind of clashing and collapsing realities, as much as I thought I was above it, my brain turned to mush and made me say some completely dicky things to the people I supposedly loved.

Basically, I created a misogynistic microcosm that I’m only now starting to climb out of. And here’s how to do that: Firstly, put down your eyebrow pencil and breathe.

Secondly, understand that as much as you’re acting like a numb-nut right now, this actually isn’t your fault. You are simply doing exactly what you’ve been told to do. Thirdly, try as hard as you can to listen to the part of you that knows better. Wherever the space is that you feel like a person with integrity (rather than a pawn in the patriarchy’s silly game of chess)- go there. Forgive yourself, remind yourself, get up and try again.

That being said,  I can’t be sure I’ve stepped out of my cosmic assless chaps completely, but at least I’m aware of them so I can tie a jumper around my waist or something.

Clare Taylor has been alive 17 years, and sentient for probably only two of those. This is her first published piece. She writes a lot about herself, and won’t apologise for that. In her spare time she enjoys asking her parents “Why don’t you love me?”, making vague statements about the political climate which are void of evidence, and getting a full 8 hours sleep because Arianna Huffington told her its v. important.