Terms of endearment: defining your sexuality in the Tumblr age 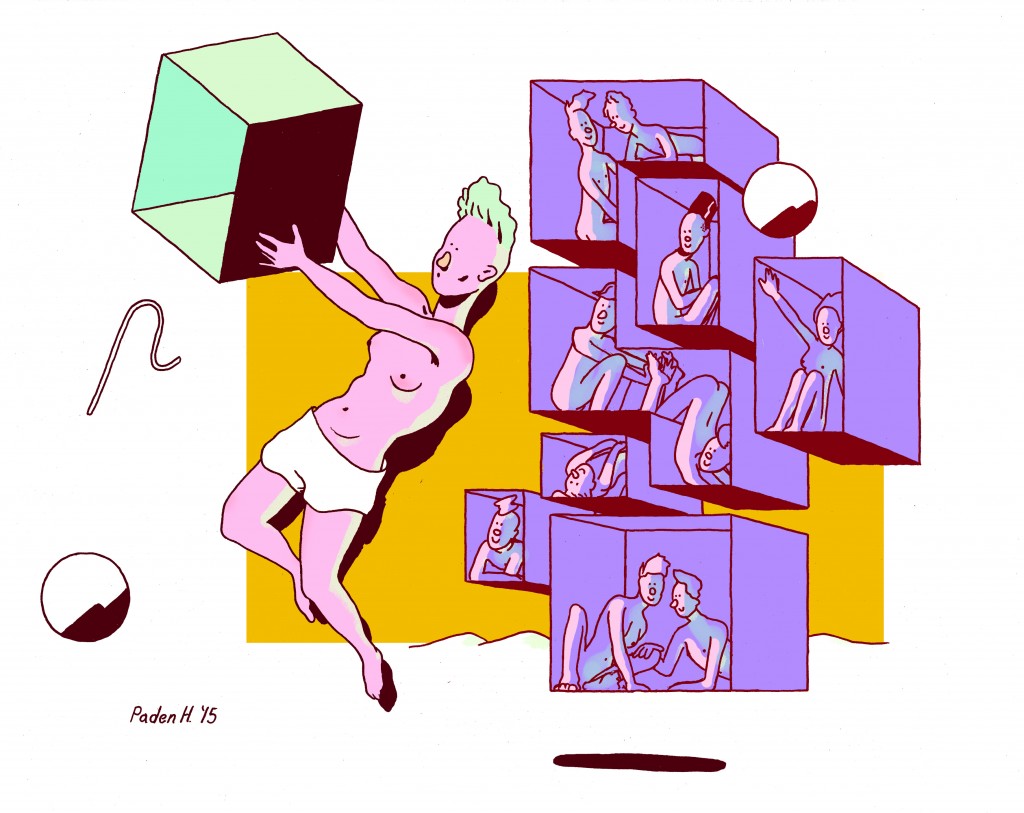 I‘ll never forget the first time I was asked to define my sexuality. Now when I say define, I don’t mean ‘realise’ – because that happened many years earlier when I staged my first polyandrous lesbian wedding between Skipper, Barbie, and a Ginger Spice doll, while Ken officiated wearing neon green leggings and a white leather jacket – I really do mean ‘define’. At a gay women’s night in Melbourne, I got talking to a cute brunette in Doc Martens. Between $5 vodka sodas, I confessed it was my first time at such an evening, and she looked at me with suspicion: “You’re not a straightie one-eighty, are you?”

“I wouldn’t use that specific term.”

“Then what are you?”

I always figured this moment would come, when the game of ’20 Questions: Kate’s Sexuality’ would reach its conclusion and I’d be forced to offer up a single-word definition to encompass all of my romantic, emotional, and sexual attractions. I just didn’t think it would be with a belly full of 2-for-1 wet pussy shots and ‘Jack Jack Jackie’ blaring in the background.

“I suppose I just like everyone?” I offered, weakly.

She frowned and mulled this over for a little while, and then when someone edged in between us to collect a drink order, I watched her disappear back in to the crowd.

It’s a tricky thing for anyone, being asked to define their sexuality. Unless you popped out of the womb as a true blue, confirmed, dyed-in-the-wool heterosexual and the only time you’ve ever had to question yourself was to ask, ‘Pamela Anderson or Carmen Electra?’ then it’s probably something you’ve had to do as well. It’s not entirely divorced from realising your sexuality, of course: after the often harrowing experience of discovering your attractions may differ from the hetero norm, there’s the process of putting a name to it all.

I always knew I wasn’t entirely straight. My childhood crush on Gillian Anderson made swift work of any notions of heterosexuality; but it was also just as obvious to me that I wasn’t gay. I was attracted to men (disappointingly, as an adult, I still am) and was as interested in boys as I was in girls. For many years I happily described myself as bisexual until a quick-thinking trans lover pointed out that by using the term I was limiting myself to only two genders. Bisexual is frequently used as shorthand for being attracted to ‘everyone’, but with ‘bi’ meaning ‘two’, and there being far more than two genders and gender expressions, I was selling my own understanding of my sexuality short.

Pansexual was the term I adopted next, and it still remains the most accurate in describing myself, but it also frequently had to come with a monologue of explanation: “No, not flansexual, pansexual – pan as in ‘frying pan’ – no, I’m not sexually attracted to frying pans – yes, I have seen the documentary about the lady who married the Eiffel Tower – no, I don’t know her personally…”

Fortunately, bisexuals and pansexuals and anyone who doesn’t fall to the extreme top or bottom of the Kinsey scale are having a slightly easier time of it now. Many bisexuals report  that they are able to enter queer spaces without the obvious mockery and scorn of old; and now that Miley Cyrus has publicly identified as pansexual, I’m hoping she might be able to boost our reputation beyond the subset of deviants who get sexual gratification from our Le Creuset collections.

Feeling spoilt for choice yet? The list goes on – there’s a word for every desire, common or rare. Androgynosexuals can be attracted to people of any gender, provided they have an androgynous appearance; while demisexuals need to form an emotional bond with someone before attraction can occur. Reciprosexuals need to know the individual of their desire is attracted to them before they can experience attraction in turn, and haemosexuals can be attracted to anyone – provided their object of affection is menstruating. It’s enough to leave even the most confirmed heterosexual wondering if they aren’t, in fact, requiesexual (no longer experiencing romantic or sexual attraction due to exhaustion).

While many of these terms seem like they could be fuel for a debate on how we define sexuality, gender, and attraction (is it closed-minded to assume sexuality is solely defined by the gender of the individual we’re attracted to?) I’m mostly pleased that people have more and more ways to describe something that has, in the past, been a black-and-white choice between two often ill-fitting options: gay, or straightie one-eighty?

The knowledge that there might be other young people out there strutting off to their first big club night with a cast-iron definition of their sexuality makes me feel excited for them: we should all be so lucky to have such a toolkit available when seeking love. And as a proudly pansexual individual with little to no interest in cookware, it makes me happy to think that in my own journey towards love, I too may be a little more easily understood.

Kate Iselin is a writer living in Sydney. Her work has appeared in Kill Your Darlings, Spook, The Guardian, and Daily Life. She chronicles her sex and dating adventures on her Tumblr, Thirty Dates of Tinder. Follow her on twitter: @kateiselin