Back from the brink: sex and grieving 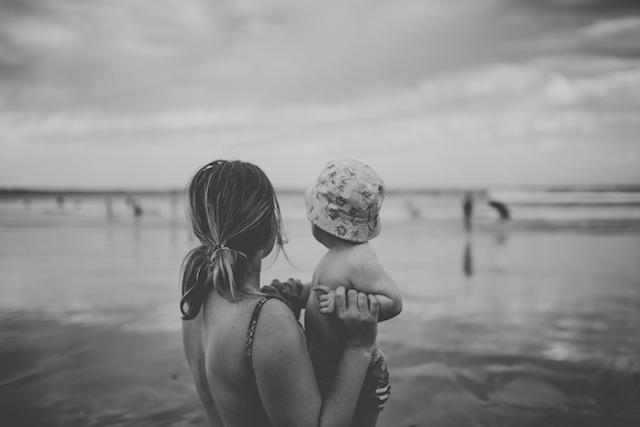 CAREY AND I had been laughing together for four years when we made the big commitment. She was fun, active, smart and compassionate. I loved her, so marrying her was easy.

Kids came along and, as I had expected, she was the kind of mum that read stories at bedtime, put ‘I love you’ notes in their lunchboxes, and sewed stockings to hang over the fireplace for Santa. The boys loved her desperately. She had boundless energy for them, and for me. It was one of those marriages. A good one.

Then she got sick. Cancer in her breast. She underwent chemo and a double mastectomy. Her bravery was of a magnitude almost indescribable. All the while her bright, white smile outshone the pain. She fought it off, that first time, and carried on being a vibrant person.

Then it came back.

We told the boys. It was agonising to watch her become more and more frail. Her wonderful outlook remained, but, day by day, she was going. She knew it, too, and cried only for me, not for herself. She apologised regularly, as if she was letting me down. In August of 2008, it claimed her.

My heart broke slowly, until I was sure it would never repair. I kissed her goodbye after 18 years of marriage. I wandered, completely lost, into the unknown.

I was the veritable walking dead. There was no possible way to prepare, even though I’d known for about a year that the dreadful day was on an inexorable path toward our door.

A grieving parent, parenting grieving kids. Kids with bursting hearts and reddened, bewildered eyes. I was totally ill-equipped, but formidably determined to be a good parent. Gotta be good. Can’t see these little people sad. Promised her. Please, no. I was salient, cuddly and over-protective. Filled with rage. Desperate.

Gazing into middle distance. Finding myself in places and not able to remember getting there. Driving past Bunnings and wondering if there is a special on rope that week. But, there were those kids. So I’d drive on. 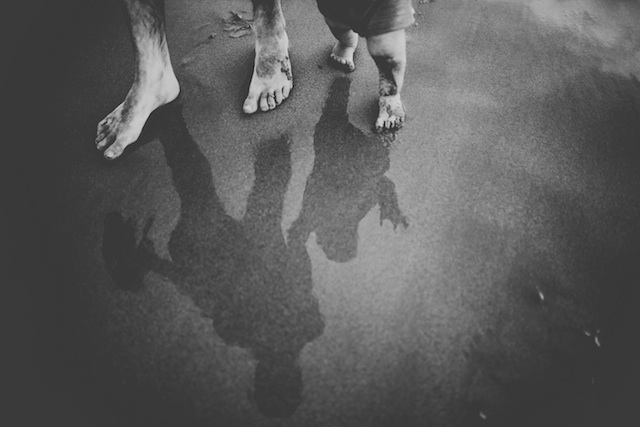 The curiosity of being suddenly solo is overwhelming. It’s also infinitely educational; it sets off brain connections like a cerebral freight train, running along a track dotted with tunnels of opaque sadness. All-encompassing, hit-with-a-sledgehammer sadness. Eyes peering through a foggy prism that leadens the feet, breaks the strength of the strongest and renders this whole damned existence futile. ‘You listening God, you non-existent fuck?’ You rage against everything. As you must. It’s all part of it.

And all of a sudden, everything is big. Every moment is big. I was completely and irreversibly changed, so it was like being in someone else’s body. I was visiting my thoughts for the very first time. I wanted to investigate myself. ‘What do I think about this?’ I would wonder.

Sex had been a healthy, if a little tired, part of our married existence. It had been important, but not that important. All the experimenting had been done, and it wasn’t that wildly experimental. Lots of love and respect. Sex and love were forever combined for us. I love her, will always love her, and that’s what sex was about. Or so I thought.

The day eventually arrived whereupon I could consider sex with someone else without physical recoil. Without guilt or revulsion. I’m pretty sure it was alcohol that tipped the ledger there. Good old Dr Sauv Blanc made a southerly house call, around two years subsequent of The Day.

I’d been invited to a party, because people wanted me to feel good. It hurt them to watch me fading. I would normally have declined, mainly because I sometimes cried at inappropriate times, and because, truthfully, people being nice annoyed me. This party was just across the road and I figured I could bail out if it got too much.

Long story short, I got a skinful. There was a pretty chick there and, rollicking drunk, we headed back to mine (it was one of the incredibly rare times both kids were elsewhere for the night). We had messy, drunken, falling-about sex. It proved to me that I could do it, and that was a massive step.

After being pretty well monogamous for 23 years, my ability to appeal to the opposite sex in any overt way was somewhat lacking. It was quickly delivered to my foggy consciousness, however, that to attract a member of the opposite sex, honesty and a degree of frail vulnerability was a heady mix.

Playing that card seems a little evil in the cold light of day, but it’s a different situation when mixed with moonlight, champagne and a flickering libido. Yep, I went there. More than once.

The truth is, I was offered sympathetic sex. A lot. And when that didn’t make me want to vomit, I took advantage of it with nary a care. Blasé. A little disrespectful. Sometimes regretful. But the regret was mostly forgotten after the post-coital cab ride home. After negotiating another unfamiliar front door in another non-descript suburb, hoping the early morning cabbie had found the Rexona and was a mute.

I became voracious. From nought to 100 in less than six seconds. Anonymous sex (or close to it) was the only way. I couldn’t plan it, and certainly couldn’t do it lovingly. I’d been very happily married. Even after being widowed, having sex with anyone other than my girl felt like ‘doing the dirty’.

So, I reconciled that discomfort with sex without love. It didn’t feel as much like betrayal. What seemed weird to me was the desire for rough sex. It became appealing to allow all the anger and hurt to flow into the realm of hard pleasure. Transformed energy. All consenting of course, but not something I would have ever thought of as part of my sexual make-up.

I drove demons out with forceful thrusting, occasional smacking, hair-pulling and gentle biting. I gave it out and I enjoyed getting it back. To be struck hard at the appropriate time was thrilling. I liked the marks it left. There was a degree of animal just under the surface. I was surprised to learn just how often people seek rough sex. And I was more than happy to be involved.

Adventure resulted from this new discovery, and I would offer that, without the grief, I never would have learned the things I have about the myriad facets of the sexual being, and the acts that can accompany it. It broke walls for me. And it gave me the all-important ability to forgive myself.

And then I met a girl named Sonia. 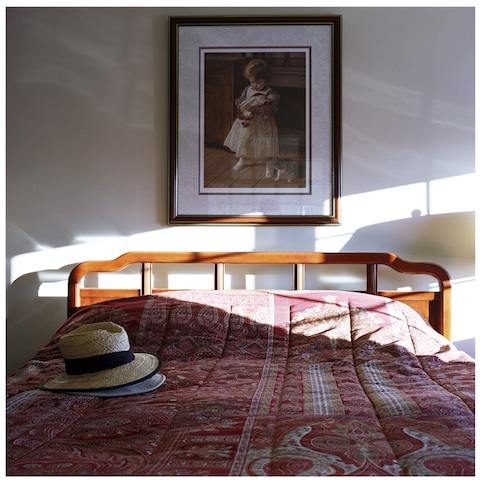 Sonia started out as another conquest. Pretty. Delightfully outgoing. Spunky.

She was a mum to a 14-year-old and a four-year-old, living with her kids and sister. It started with some Facebook flirting, followed by a ride in my trying-to-buy-happiness 1969 Mustang Fastback and a clothes-flying leap into the cot. Lots of sex, lots of partying and lots of fun. Always ending with a closed door on a Sunday night, followed by a week of not caring much about anything.

It was not love. But it was different from the stuff that had come before it. There was some connection. A connection I fought. Tumult ensued.

Sonia’s feelings were gaining strength, while for me it was still just fun. She bought cards, said loving things and worried for me. She avoided the three words she was dying to say, and indeed hear. They weren’t in my vocabulary, and I thought they never would be again. She cried quietly, away from me. She was respectful of my position. She was respectful of my kids, and always willing to understand my mania. She was more patient than I deserved.

What followed were painfully regular, substance-fuelled introspections of the potential for a relationship. She swore that I could do it. I knew I couldn’t. We would have unfettered, all-night sex, driven by that emotion. Powered by the rocket-fuel of tears and unrequited love.

This went on for a couple of years. I knew she was hurting. I had tried going to the well, but it was empty. The only real constant was a serious desire for the physical. We were compatible, crazy, tempestuous and wild. The sort of sex that makes you wonder if you need to visit the pharmacy the next day. It was painful at times, but mostly deeply pleasurable. Aggressive and determined. Desperate.

But the intimacy of more was missing, and I was sure she was missing it. Do I continue doing this and risk breaking a heart? A heart that was clearly mine, if I’d only take it? But the sex, the sex.

There were arguments, spats and angry remonstrations. Yelling blues in the street. Embarrassing, looking back – I’m pretty sure we lowered land values in both her street and mine.

Then something shifted. Half-way through last year, it was a morning like any other, except I felt different. Light. Happy. As though a five-year polar winter had passed.

The doorbell rang. I told her I loved her. I was as surprised as was she. I had never said it to her. I had never lied. I was visiting new ground, there and then. Because I did love her. I hadn’t stopped loving Carey. But, all of a sudden, there was room.

Sonia’s reaction was delightful. Her happiness was clear. All the waiting, all the disappointment, washed away in a moment. This was a love forged in the crucible of hopeless grief and persistence. As a result, it was rock hard. It was strong.

She lives in her place. I live in mine. The sex is still desperate, still intense. But there is another layer, one that makes it more than it was. And that is enough for now.

Greg Leech is editor of Unique Cars magazine. He has written for motorcycle magazines since 1994 and he loves long road trips, sauvignon blanc, mucking about with kids and amateur philosophy. He is currently completing a Masters of Communication at RMIT.

This article was originally published in Archer #2. Issue 3 is out in November. Subscribe here.