SlutWalk: A protest against rape culture 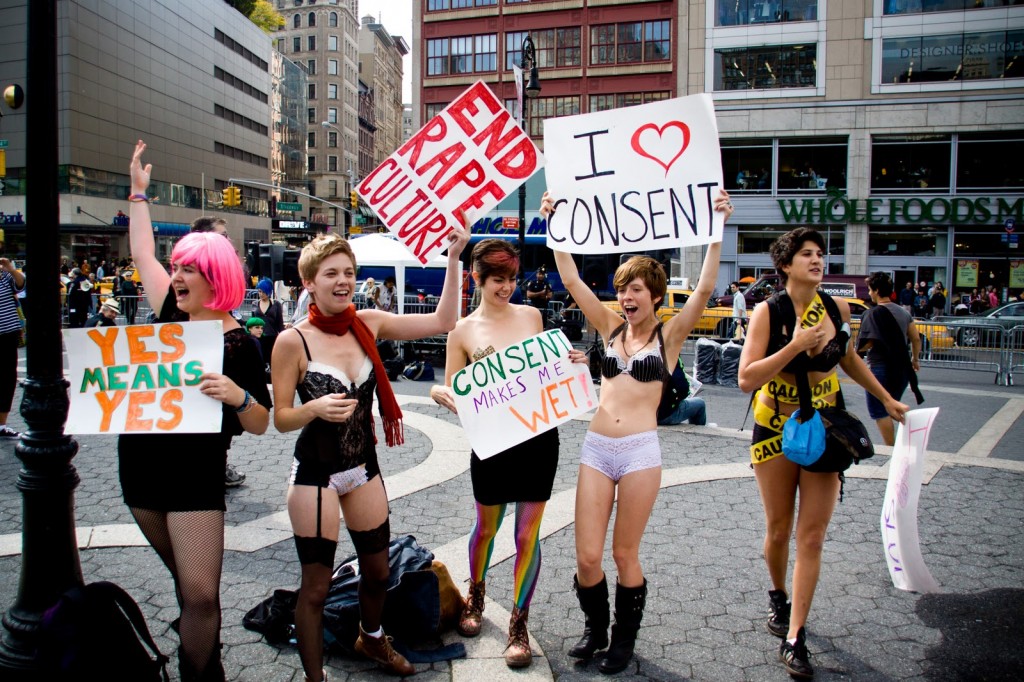 LIKE THOSE IT marches for, SlutWalk is a diverse movement. You don’t have to fit any particular mould to join — not least because ‘slut’ is used against women so loosely the word has lost much of its meaning (though not all of its bite). It’s up to the individual whether they want to reclaim the slur, or if our name serves more as a blunt tool to help smash the patriarchy. You can love having all of the sex, none of it, or prefer not to disclose — it doesn’t matter. This is because sexual assault is not about sex; it is a violation that seeks to exert control. It is a truly abhorrent abuse of power. One that society quietly implies women bring upon themselves. For this reason all that is required to join the ranks of SlutWalk is to agree that rapists, not short skirts, cause rape.

I didn’t attend the first Melbourne SlutWalk. I wasn’t double-booked, or working, or tied up with family stuff. In fact, a friend and I watched the march pass from the balcony of a bar. While I didn’t disagree with the crowd’s motivation—that we should place sole responsibility on the perpetrator, not the survivor of sexual assault—a mix of misplaced apathy and vague excuses kept me in my seat. That ‘women should avoid dressing like sluts in order not to be victimised’ was a blunt version of something I’d heard my whole life. I realise now it is also a comment that perpetuates rape culture. Like many ‘common sense’ safeguards, it tells women that they should somehow prevent crimes committed against them, despite the fact that, by definition, you can’t ask for rape.

A study released the same year as that march revealed that approximately one in four Australian women have been subjected to sexual or domestic violence. That is not a small, isolated group; it’s one among a few friends going out for dinner. As a survivor myself, that would be just be me and three others at the table. Maybe that was another reason for staying at the bar: marching means recognising there is a problem. But no matter how difficult it is, this a necessary step. It is clear that the current approach of slut-shaming and victim blaming needs to be challenged. If, as women, we could prevent our own sexual assault, we would have done it by now. If all the tricks and tips that trap you into a life of fear disguised as caution worked, we wouldn’t need to march. But they don’t. And that’s why SlutWalk protests.

This year I’m on the committee that is organising SlutWalk 2014. Working with an inspiring and dedicated team we’re doing our best to make this the biggest march yet. And we really want people there. If you’re unsure about attending, I understand. I also urge you to examine why. Think about the messages we send women every day: we’re taught not to walk home alone at night, instead of working towards a society in which women can move through the world without fear. If the problem seems overwhelming, I promise it will feel less so when you’re surrounded by hundreds of other people fighting for the same cause. Remember that there is no mould to fit. Everyone who believes survivors are blameless should join us.