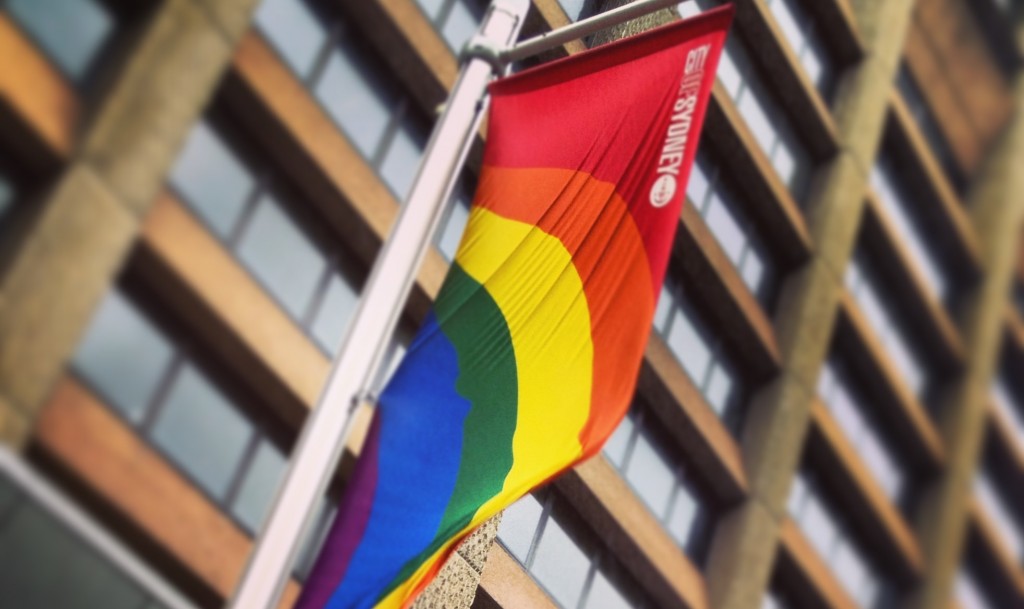 When journalist Josephine Sargent moved to Sydney for an editing job, she was thrown in the deep end of sexual diversity.

THE PHONE rang. It was my mum.

Mum: Hello darling. Your aunty just rang. She saw you on the news.
Josephine: Really? Yay!
Mum: In a bikini. Rehearsing for that gay and lesbian parade on Bondi beach.
Josephine: Yep. Mardi Gras.
Mum: She asked if you are gay…

They were confused. Why would I be marching in Mardi Gras if I wasn’t a lesbian? I was confused. If I were, why would I let them find out via the 6 o’clock news?

It’s not that my family is homophobic. It’s not that they are hateful. They are just ignorant. As I once was.

Before I moved from Brisbane to Sydney in 2008, I’d never had any gay friends. In fact, I don’t think I ever met anyone that was gay. Or that I knew was gay, anyway. My knowledge of gay people came from TV: that enthusiastic and frantic gang from Queer Eye for the Straight Guy who loved to throw out clothes and tut over bad hair; that annoying friend of Carrie’s in Sex and the City; George Michael begging us to wake him up before we go, go as he danced around in his tiny, rather distracting, white shorts. They were outrageous and brash and loud and very, very camp.

That’s why I was confused when I moved to Sydney and quizzed my new colleague, who was none of those things, about his relocation from Europe.

It wasn’t until several weeks later, and after many schooners, that the penny dropped. He was waxing lyrical about a new dating app he’d started using, which showed the proximity of eligible partners. Ever curious, I snatched his phone for a closer look. All I could see were thumbnails of six packs and half-naked male bodies stretched across beach towels.

After that, it was an avalanche. I was buried in gays. I worked with them. I worked out with them. We drank together in Surry Hills. We grinded against each other in Midnight Shift.

Still, I had trouble figuring out someone’s sexuality. One night, I was having a beer with Amy, the founding editor of Archer – long before she was editor of a sexual diversity journal, and shacked up with a lovely lady. Amy couldn’t stay late, she said, because she was driving an ex to the airport.

I could never really blame my poor aunty for jumping to conclusions. I had gay friends and still couldn’t figure it out. And, to be fair, I was marching in Mardi Gras and getting around on a Honda 400cc, and I hadn’t had a boyfriend in about 22 months (although the last had more to do with Sydney’s notorious single-man shortage, and less to do with any newfound lesbianism).

But given what I know now – and I’ve learnt a lot – there’s only one way to avoid confusion. Assume everyone is gay until proven otherwise.