In putting together the magazine, the research phase was my first step.

Sure, working as a journalist and editor for almost 10 years has equipped me with a few skills. I know, more or less, how to commission writers, choose topics, get a website going, lure designers onboard.

One thing the publishing industry does not prepare you for, however, is funding your own project.

I decided to do a bit of digging. I emailed every editor I knew, and even some I didn’t know, who had worked on a publication even remotely similar to what I had in mind for my sexual diversity mag.

Some of the experts I interviewed during this process:

Apart from being often inspired, and sometimes completely inebriated, at the end of these sessions, nothing short of a treasure trove of advice was imparted upon me. Here’s a little taster:
* You will not make money with this project
* You can totally make money with this project
* Don’t bother with print
* Print is not dead
* Start with a grant application
* It’s not worth going after grants
* Words are the most important aspect
* Images are your key to success

As you can see, lesson one is that no matter how much advice you get, you’re going to have to make decisions on your own.

Some of the decisions I made during this process:

1. The first issue will be crowd-funded. (Why? Because it’s the hip thing to do. Because I have donated to crowd-funded mags. Because I believe that if my concept isn’t amazing enough to entice people to pay upfront, then it ain’t worth doing.)

2. I would be making a print publication. (Why? Because my idea necessitates it. I want to make a relic of our times, an artefact that encapsulates our national attitudes to sexual diversity – something we will hopefully laugh at in years to come. That needs to be kept on a shelf.)

3. I would focus on emerging writers, but try and procure a contribution from Christos Tsiolkas. (Why? Because the opinions of established writers aren’t the only ones that matter; because I love Christos Tsiolkas’s work, I know he’d be an asset, and I’d bloody love to meet him.)

I capped the research process at one month. The time for commissions had arrived.

But I never, never stopped asking, listening, meeting. After all, a strong network, in any facet of publishing, is generally the key to success. 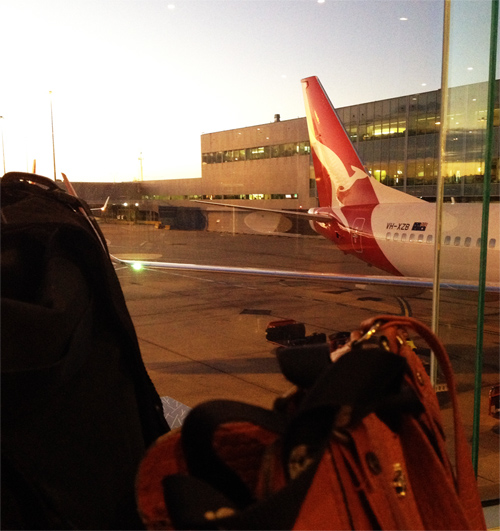 Read more stories about: how to make a magazine