The medicalisation of gender fluidity: Forget me not 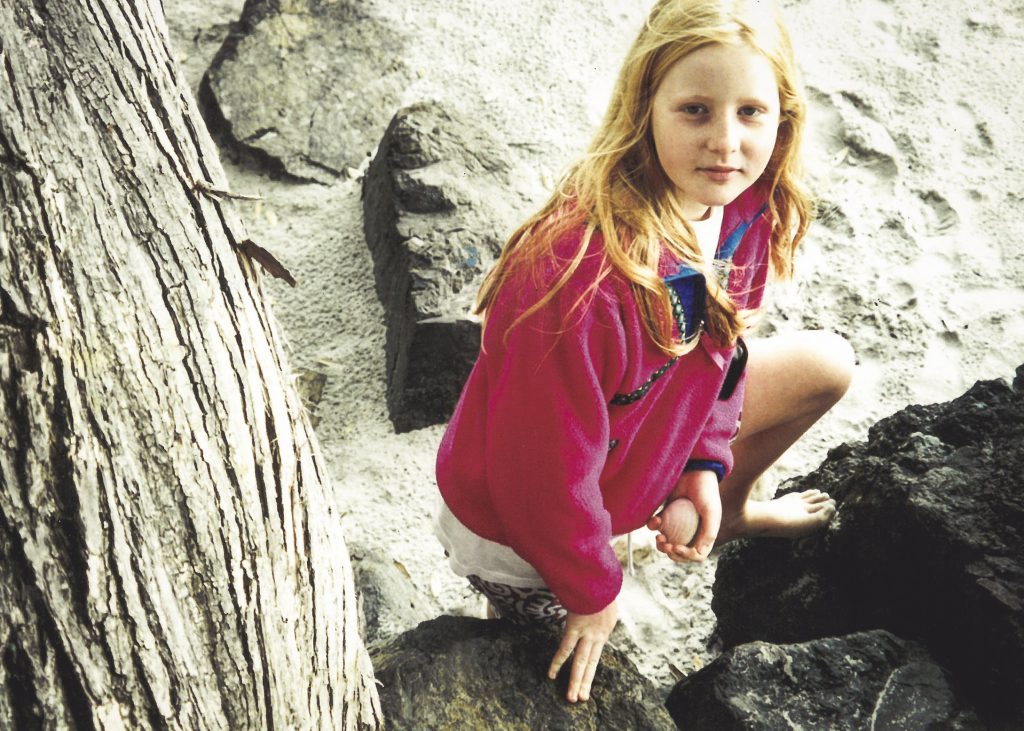 I had my first instance of gender confusion when I was around eight years old. I was skiing with my family in a little snow-capped town called Ohau in New Zealand. Having just got dressed, I passed the mirror on the way out and I was startled by my own reflection. I suddenly realised that I couldn’t place myself – I couldn’t tell if I was a girl or a boy.

I calmed myself, clocked that this was an internal thought and filed it away to think about later. I shut the door behind me and halfway to the dining hall, a boy stopped me to ask if I was a boy or a girl.

My body went cold. I felt my blood prickle under my skin. I felt exposed, like someone had stripped me. I stammered, “Girl.”

I am the first to admit that I have no idea if this memory, at its core, is true. Although I know aspects are accurate, I hesitate to refer to it as gender dysphoria.

Seeking out treatment when you’re trans is daunting. The legal requirements in Australia vary between states, but in Victoria, a rough standard requires four sessions with a gender psychiatrist, several sessions with a GP, and a single yearly session with an endocrinologist.

The endocrinologist was recently added to the process to manage the rising number of cisgender men being prescribed testosterone. This has nothing to do with trans people, but, despite lobbying from medical professionals to make us exempt, we are legally required to adhere to these standards anyway.

Image: Fury as a child.

To seek legal medical treatment seemed like a huge, expensive commitment for a process that I had doubts about. In particular, I was anxious because I know how easy false memories are to create. I was also concerned about ‘the misinformation effect’, where memories are altered by new information.

In the past 30 years, a number of studies have examined the circumstances in which eyewitness memories can be contaminated and rendered unreliable. In a seminal 1978 paper, psychologists Elizabeth Loftus, David Miller and Helen Burns examined the effect of misleading post-event information.

In their study, participants saw a series of slides, one of which depicted a red Datsun stopping in front of a sign. After viewing the slides, participants answered questions about what they saw, and some were fed misinformation about whether the sign said ‘yield’ or ‘stop’.

The results suggested that misinformation impacted memory, although the details were inconclusive.
Through further studies, Loftus has also shown that gentle questions such as, “Are you sure?” can notably increase false reporting after an event.

In a different study examining the implanting of false memory, she found that 25 per cent of test subjects were susceptible to developing a memory that had never taken place.

The medical community has spent a long time pathologising queerness, regarding both gender and sexuality. This has directly impacted queer lives, leading to treatments like ‘conversion therapy’, the term for programs designed to alter sexual orientation.

In some of these programs, patients were fed vomiting agents during the presentation of images relating to queerness.

The pathologisation of queerness has also had impacts on criminalisation, media representation and the opinions of the mainstream – all of which have knock-on effects for queer people’s access to housing and employment.
Even using the term ‘gender dysphoria’ is fraught, as it originates from the medical community and coerces queer people into viewing themselves through a medical lens.

Being told you are crazy, or mentally ill, leaves an indelible imprint on your grasp of selfhood and your relationship to the outside world. It can encourage a wheedling sense of doubt around the perceptions you have of yourself, and leave you wondering if your experience of your body and your identity are symptoms of an illness, rather than expressions of an authentic self.

Undoubtedly, this is a form of gaslighting – a type of abuse that involves undermining a person until they lose their grip on reality.

One generalisation that is fairly true of queers is that we talk. This means it’s well known among the trans community that the process of getting treatment is easier if you fulfil certain criteria, such as describing gender confusion as a child.

The diagnosis of gender dysphoria in children is problematic for a number of reasons, but what worried me most was how much I had to dig – and indeed the process of that digging – for memories that adhered to the accepted narrative of gender dysphoria.

The dominant narrative around trans experience is that a person has always known they were ‘born in the wrong body’. Mine is not that narrative. Many trans folk do not feel a kinship with that narrative and, as a result, also share in the uneasy relationship with feeling legitimate enough to come under the trans banner.

During my first session, my psych told me he saw himself as having more of a support role than a gatekeeping one. This would have been a fine interpretation, if it weren’t legally mandatory for me to see him in order to access treatment.

Throughout these sessions, I had to fill out dozens of questions. He implied the questions were to weed out anyone seeking treatment for the wrong reasons – but people smoke, get tattoos, have children, get breast implants, tan under the Australian sun, do all sorts of irreversible things, sometimes for ‘the wrong reasons’, every day without medical professionals helicoptering, judging and standing in the way of them.

In the final session with my GP, she handed me a piece of paper outlining what irreversible changes would happen to my body if I took testosterone. She frowned at me, cocked her head and asked me if I was sure this was what I wanted.

I had just been through six months of being asked “Are you sure?” over and over again in a thousand different ways. I swallowed the urge to scream.

Part of the discourse around identity in the trans community centres on self-determination. When asked what gender I was, I said girl, woman, or female right up until I was 25, even 26 years old.

The dominant narrative around being transgender seems to be one of consistent certainty. For those who experience that, it is valid and real. For myself, I struggle with the knowledge that I was once comfortable and happy being referred to in cisgender terms.

One way to look at it is that I was a woman, now I am not, although my experience is far more complex. The ‘boy in a girl’s body’ narrative is used almost unilaterally in the media because it is an easy-to-grasp, soundbite explanation.

If one is born gender non-conforming, then the cis reader does not have to question their own gender and gender practices. Trans-ness becomes something that happens to other people; to the freaks.

But fluidity in identity is a very normal and widespread thing. Fluidity is accepted in other ways, from taste in music, books and television, to food, work and even political leanings.

Changes in these other facets of identity are not questioned in the same way. The rigidity of the gender binary, however, leaves so little room for fluidity. We are expected to be a singular, consistent self, and that is an unrealistic, damaging expectation.

The medicalisation of gender fluidity functions as a systemic, structural gaslighting of a huge community of people. Our memories are never wholly ours; instead we are forced to see them through the lenses of people who have historically considered us ‘crazy’, and, in some cases, still do.

Trans, non-binary and gender non-conforming people have been so rigorously pinballed between narratives around how we ‘should’ feel, that, by now, to be certain of anything is a wonder.

Despite being historically a cisgender, straight, white, male-centric institution, the medical community has set the standards for us and themselves with regards to ‘good practice’.

They have historically designated themselves the sole arbiters of what defines trans-ness, and, in many cases, still do. They have controlled our narratives and controlled how the mainstream views us. They’ve tortured us, and, at the same time, told us we are the ones who do not know who we are.

I struggle with the expectation from the mainstream and the medical establishment that I must always have had these thoughts and feelings about my gender identity. It feels like a choice I have to make: either respect the autonomy of my previous self, or give in to the potential inaccuracy of hindsight.

The fact that a simple suggestion can lead to shifts in memory recall speaks to my own anxiety about the memory of the boy in the ski lodge.

The people in Loftus’s experiments had nothing to lose or gain by having a memory one way or another. I had the cost of additional sessions, or worse, my access to treatment, hinging on a memory’s realness, or at the very least, my ability to ‘sell’ it my doctors.

Psychiatry, psychology and counselling are all vital practices that, when used correctly, assist and support patients to lead better lives.

However, the medical profession has done considerable harm to the transgender community – harm that may never be forgotten.

Without a more considered approach to medication and surgery, this harm will continue.
Fury is a despicable changeling creature birthed from the sulphur swamps of greater New Zealand, currently inhabiting the desolate landscape of Melbourne’s CBD. You can tell them by their webbed fingers and shifting red eyes. To ward them off, you may leave an inverted coat or open iron scissors where you sleep. Many houses gift them gold and grain to discourage their terrible presence.

Queer-friendly tattoo studios: Disrupting the straight masculinity of the tattoo industry
By Dani Leever
Trans women in sports: End the discrimination now
By Sabreena Lachlainn
Boi wonder: Hinduism, transness and masculine anger
By Rathini Kandavel
Teaching while androgynous: Broaching gender with kids vs. adults
By Lauren Fuge
Boxing for bravery: Risk, transitioning and a warrior’s spirit
By Alec West
Gender diversity represented in sexual health campaign
By Sabine Brix
The expansion of gender identities is not just because of the internet: A brief look at the role colonialism has on gender
By Jonno Revanche
The hidden harm of gendered language in medicine
By Leigh Nicholson