The actor’s secret: the joy of playing with gender 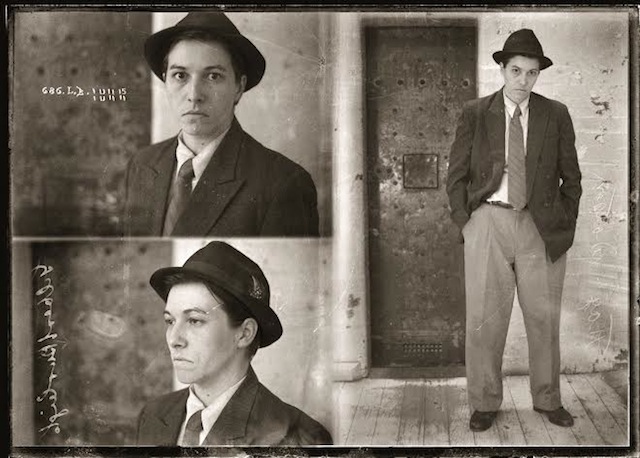 Tall and solid, I am a strong woman, neither feminine nor masculine. Some people don’t know where to put me. This includes directors. From being cast as males since drama school, I’ve had a world open to me that very few get to experience: the joy of stepping into another gender’s shoes. I have never done this more seriously than in Shadows of Angels, now in its fourth season. Swifty, based on Eugenia Falleni, a transgender man convicted of murdering his wife in 1917, is all man: breasts strapped, shoes too big for women’s feet, package securely fastened to his crotch. This character lived as a man in the 1920s, so half-arseing it is not an option. It’s a privilege to be able to play with gender in this way, and I am aware of how lucky I am to have this opportunity.

I have experienced the full spectrum of gender. Cast as everything from female sex workers to old men, my body has been cupped and strapped, sleek with lace; high-voiced in heels and floral prints as a schoolteacher in Morning Sacrifice; hyper-sexed and graceful as Mercutio in Romeo and Juliet; and fatherly as Belle’s dad in Beauty and the Beast.

Experimenting in this way is a joy.

Why don’t more people get to experience this pleasure? For women, the lack of experimentation may be a part of limitations generally: as the Huffington Post‘s JR Tungol points out, “while you may be able to name a half dozen or more drag queens off the top of your head, how many drag kings do you know? Women have been dressing as men and performing masculinity on stage since (at least) the late 19th century, but drag kings have yet to achieve the same attention as their queen counterparts.” With drag kings like Melbourne’s Rocco d’Amore showing just how glamorous gender-bending can be, it’s a shame more people don’t feel free to branch out; at the very least, wear a tie now and then.

Am I, a cisgender female, helping this cause by playing trans characters? The ethics are cloudy to say the least. What I do know is that by doing so, I will at least start some much-needed conversations.

H. Clare Callow is a freelance writer and actor in Melbourne. She’s currently performing in Shadows of Angels at the City Watch House.