Femininity and body hair: To hair or not to hair? 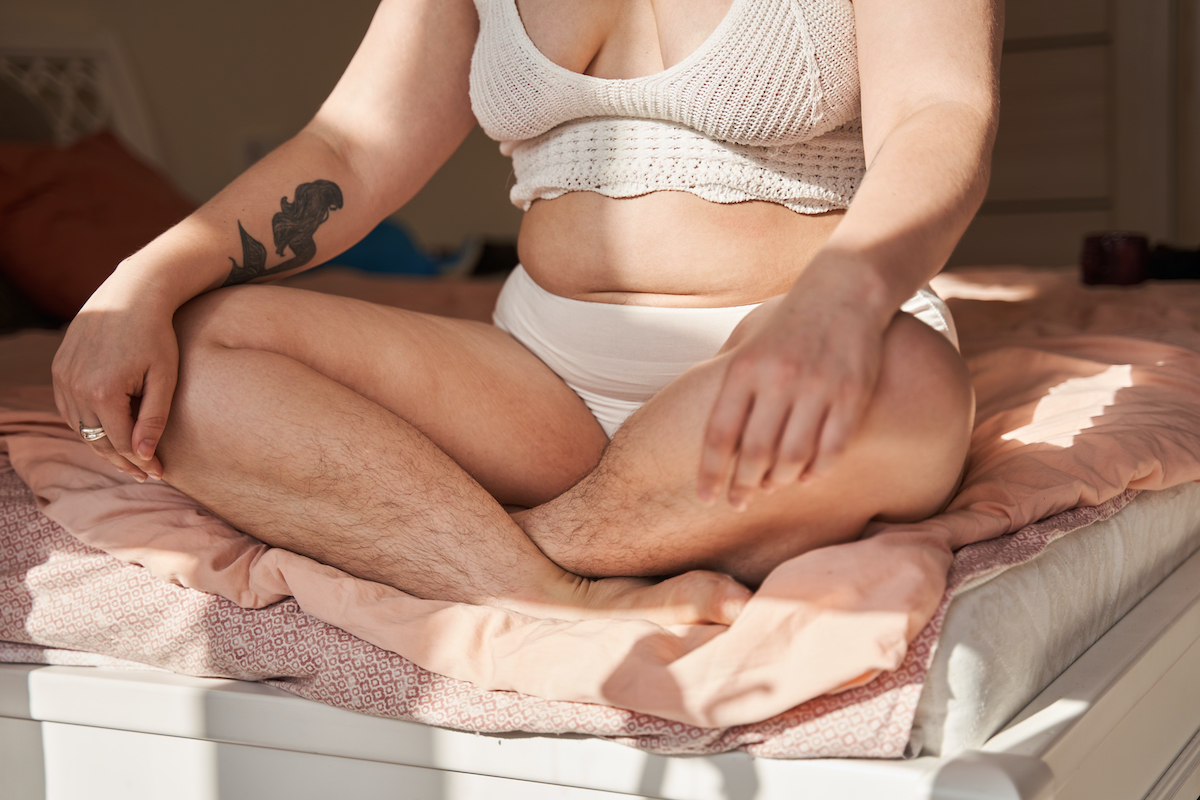 I was on a regular lunch shift, working at a restaurant in Canberra. There was a lady sitting by herself at a table by the window. She kept catching quick glances at me. I thought perhaps she wanted something, but each time I’d step towards her, she’d look away. This went on for a while, before I finally walked up to her and asked if she needed something.

It turned out that she didn’t need anything. But she knew what I was absolutely in need of: hair reduction.

The stranger proceeded to talk about my facial hair at length – particularly my sideburns – and swore by certain products that would ‘help’. I really hoped that she was a salesperson, otherwise she really had no business getting entangled in my hair. Pun intended.

I can’t say I was surprised. I couldn’t even find it in myself to be properly annoyed. It really wasn’t the first time this had happened, and it certainly wouldn’t be the last.

From age seven to 11, I studied at an all-girls boarding school in Mumbai, India.

After this, on the cusp of my teenage years, I started at a co-ed school. It was there that a very important fact about myself was brought to my attention: I was not feminine enough. It was news to me.

At my all-girls school, I was just me – not masculine or feminine, just plain old me. Then suddenly, as a seventh grader, I wasn’t ‘girly’ enough.

Back then, I was unable to question just what ‘girly’ meant. Conversations about gender diversity were alien to the society I lived in. It wasn’t until much later that my mind started to accommodate gender fluidity.

My mother and sister were my role models; they were, and still are, two very strong women. They were a lot like what women were supposed to be, as far as I was concerned.

Meanwhile, I was loud and had a bit of a temper. I was a plump teen. The word ‘tomboy’ preceded my reputation.

In retrospect, I can see how being called a tomboy only made me more aggressive. It led to me unconsciously pitting myself against girls that were considered ‘girly’ enough. Maybe I was resentful. Either way, I started othering them. It’s something I still feel terrible about today.

Fast forward to my late teens, and my facial hair – spurred on by hormonal issues – began causing quite the trouble.

Initially, the comments about my facial hair really impacted me. I’d try to wear my hair a certain way so that it would cover my sideburns. I tried to bleach my face so the hair would be more golden than black, but as many helpful people pointed out, it’s not the colour of the facial hair that is bothersome, but the very existence of the hair!

I would regularly get threading done; a monstrous procedure where one feels like an anthill has been let loose on their face.

I told everyone who would listen about the hormonal issues behind the facial hair, but that only opened a new can of worms. So many unsolicited suggestions! It seemed that everyone had an opinion.

Hormonal issues also affected my weight. When you’re young, being plump is considered cute. But one day you wake up, and you stop being cute and chubby and start being fat and fat.

Once, I was walking along the footpath near my home in Mumbai. An older gentleman sitting on a bench called out to me, suggesting I eat garlic to lose weight. Thanks, uncle!

Once, I was travelling to college on the train, and a woman sitting on the floor of the train told me I shouldn’t wear leggings, because it made my thighs look fatter.

Initially, I worried that no one would find me attractive. If you’re told something about yourself long enough, you start to believe it. I was fat, hairy, loud, and angry. An absolute fantasy!

It’s been a long journey since then, and I’ve (somewhat) matured. After a point, it was difficult to just be angry and rail against people. It was very emotionally draining; it started to consume me.

If it is people who push you against the wall, it is often other, more kind and kindred spirits who support you in the fight. They bring you back into the fold.

Today, I’m grateful for all the compliments I’ve received that may have felt trivial in nature, but made me feel a little more loved. People will of course have their suggestions, but I’ve stopped begrudging their interference. Societal conditioning is to blame.

My facial hair, body weight, loud voice, or my instinct to fight do not define my gender. I am not just a gender.

I did actually go for some laser treatment when I deemed it to be the right time, but somewhere deep down, I felt like I had conceded; like I had disappointed myself.

But then I remind myself that who I am and who I choose to be cannot be defined by socially constructed rules.

When I was younger, I struggled to come to terms with being judged for how I looked. I struggled with being pressured to constantly prove my femininity.

But it is not for me to change the way I look or behave so other people can be comfortable.

Often, when I have this conversation, I’m immediately asked why I get waxed or get my eyebrows plucked at all. People ask me why I don’t just remain hairy all the time. I see this as a teaching moment – sorry, ex teacher habits. It’s where I dive into another important conversation about choices.

I like shapely eyebrows and I don’t like chin hair; however, I have a full-time life to live, and I can’t be bothered with constant hair removal. Trim, pluck, wax, repeat.

I’d like to live a fulfilling life and be satisfied with the way I look. But what’s most important is that I, and only I, get to make the choice of if and when I alter my appearance. We are under no obligation to entertain comments about our appearance or to act on unsolicited advice from friends or family – let alone from strangers.

Because, quite simply, the way people look is not up for discussion.

Sahana Sehgal is a storyteller and poet. She writes both fiction and non-fiction. Originally from India, she lives in Canberra. She works in community broadcasting and is a PhD candidate at the University of Canberra. For her full works, head here or follow her on Instagram @wop_wop93