Transgender inclusion in dance: Paving the way in Irish dancing 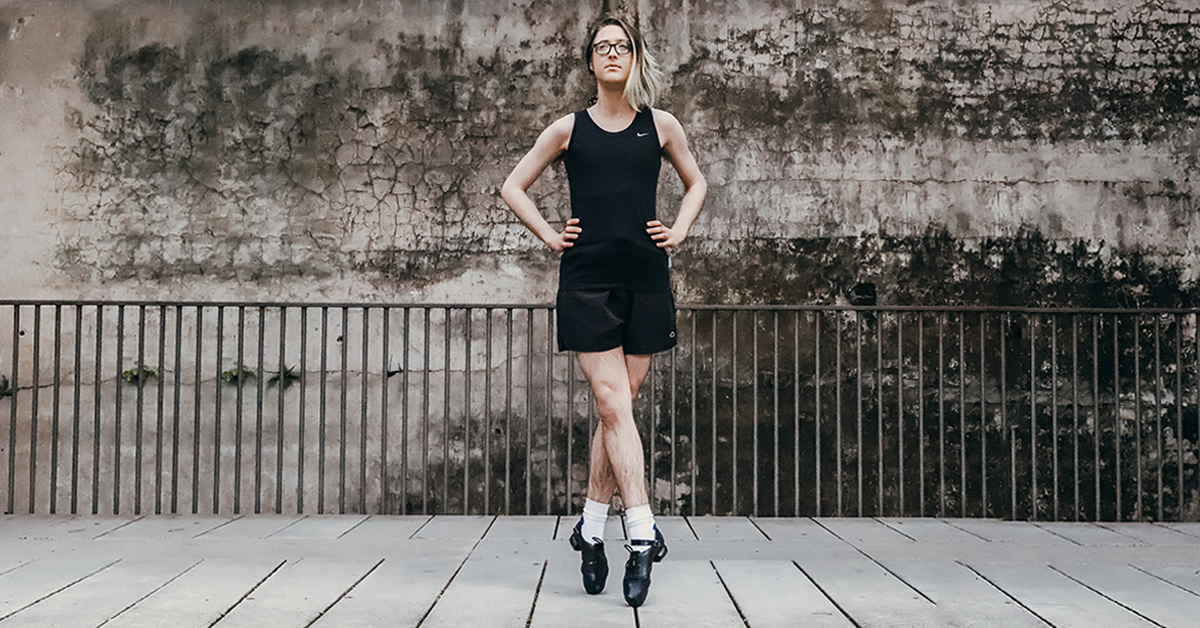 In the past, transgender dancers couldn’t compete in Irish dancing competitions in Australia. I changed that in 2018.

In December of 2017, after years of hiding my true self and feeling an overwhelming sense of disconnection from my outward presentation, I decided to undergo a gender transition.

I formally began my gender transition in February of 2018 – moving from a feminine presentation to a masculine presentation. This was a turbulent time for me, exacerbated by the added threat of discrimination and social isolation.

This was no easy feat – it came with many challenges, discriminatory experiences and heartbreak. But on the other hand it was also an incredibly validating experience.

Coming out as transgender in the world of competitive Irish dancing was challenging. The Irish dancing world is strictly governed by the rigid and restrictive gender binary.

On top of this, the Australian Irish dancing community had not encountered a transgender Senior competitor before, so there was a lot of barriers to overcome.

The first barrier I faced was coming out to my dance teacher at the school I was attending at the time. This teacher unfortunately was not supportive. I was told that in order to remain at the school I would have to dance as a woman and use my birth-name.

As a transgender person and as a dancer, this was heartbreaking. The dance studio was a second home to me and to be told that I was not welcome in that home unless I hid my true self was devastating.

I spent days sobbing and fell into a deep depression, thinking that I would never dance again as no one would accept me for who I am.

After feeling very hurt for a while, I worked with some supportive friends and LGBTI+ support services to find a new dance school that would accept me for who I am and allow me to dance as myself.

While I found a school that was accepting and was supportive of me competing as myself, the official policy of the Australian Irish Dancing Association did not support transgender dancers to compete as our true genders.

I came up against a lot of confusion as the association had not met with someone like me before. Eventually I had to contact pro bono lawyers to assist my Irish dance teacher and me to advocate for a change in the official policy so that I could compete in the men’s section.

It was a long and arduous battle that took many months. However, we were able to create that change in the end.

The policy now supports transgender dancers to compete in Irish Dancing competitions in Australia as the gender that they identify as.

Also, the policy now condemns transphobia in the Irish dancing community, which has made me feel supported as a transgender dancer.

I competed with this school for two years, until the studio owner hired a teacher who was not supportive of my transgender status. As a result, I was made to feel unwelcome and I left the school.

I am now at my third school in three years, each transfer the result of transphobic discrimination. However, my new school is incredibly supportive and I look forward to competing with them soon*.

Competitive Irish dancing has a very specific structure that dancers compete under. There are very strict guidelines and rules in place that dictate different choreography for women and men.

This highly gendered choreography and presentation is displayed throughout Irish dancing classes and competitions, social Irish dancing and also in commercial settings.

These very specific gendered movements were challenging to adhere to. Transitioning as a dancer involves relearning how to use your body and how to move. I had spent many years learning the women’s style of dancing and had my body conditioned to move in that way.

Once transitioning to a masculine gender, I then had to learn how to recreate those movements in the men’s style and in a masculine way.

It was difficult to work against a trained body with muscle memory resulting from years of the women’s style. However, whilst challenging, this experience was incredibly validating.

Gender euphoria is a term we use in the trans and gender diverse community to describe an immeasurable feeling of joy that a trans person experiences when they feel validated in their gender identity. It comes in many forms and can be experienced in different situations.

I feel gender euphoria when I dance as a Senior Man. It’s the happiest feeling in the world to be dancing the men’s steps in the men’s costume and feeling like I’m truly myself and being seen as myself by those around me.

In society I often get misgendered and assumed to be a woman. As a masculine person, this is hurtful, because people aren’t seeing the real me. This would often occur at Irish dancing competitions.

I recall one experience that happened at Nationals last year, which still upsets me to this day. Walking past a group of teenagers, not yet in my costume, one of them looked at me and said, “Is that a girl or a boy?” There was a short pause before another replied, “It looks like a girl”. It was heartbreaking to hear.

However, shortly after this it was time to put on the men’s costume in order to go on stage and dance as a ‘Senior Man’. Putting on that shirt and tie, black pants and men’s shoes, happiness rushed through my body.

I felt validated and affirmed as myself. I looked and felt masculine. And others started to gender me correctly both from my confidence and my appearance.

Irish dancing has always been a passion of mine. And while I still loved it when I was dancing in the ‘Senior Ladies’, there was always the sadness in me that I wasn’t myself, that I was playing a role of a ‘woman’ and hiding who I truly am.

Trans and gender diverse people need to be included in all aspects of society including our hobbies and special interests. The dance studio has often been a place of safety and sanctuary for me and other LGBTI+ students that I know. If we can’t be accepted at our dance studio, where can we feel safe?

We need to be included holistically in every aspect of our being so as to live an equal life to our cisgender peers. When we, as transgender people, are free to participate in society, affirmed as our gender, our health and wellbeing improves.

Hayden advocates for the Transgender, Disabled and First Nations communities through his roles in various activist groups and organisations. He is a PhD candidate at the University of Sydney and a Pinnacle Foundation scholar. He is also a competitive Irish dancer who has danced at state and national level.

Author’s note: In Irish dancing, there is a mandatory six month competition ban for any dancer that transfers schools so I can’t compete at the moment (however, no competitions are occurring currently due to COVID-19).