Navigating the World as a Trans Man: It’s All About Aly (Part 4) 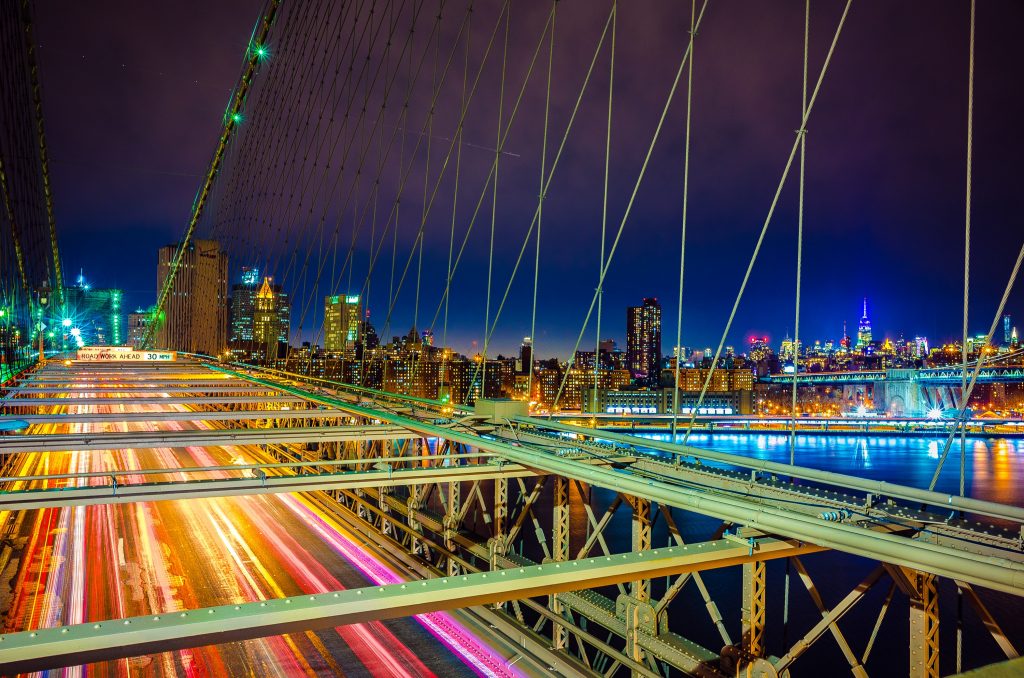 This is the fourth part of “It’s All About Aly”, a series about friendship between a trans man and a cis man living together in New York City.

Read parts one, two and three.

Two weeks later, Aly, Emily and I went to a Sylvan Esso concert at a small venue off Flatbush Ave. It was a chilly evening in early April.

A few shots in, Aly went to the bathroom, and got sidetracked on his journey back by a slim, dark-haired woman with silver bangles running from her wrist to her elbows.

I watched from the bar as they laughed and she leaned forward, pressing her hand against his chest.

“Getting his flirt on,” I replied.

The woman shifted, and I caught a glimpse of her head-on. She was beautiful, on the cusp of middle age. The image of her and Aly in some classy apartment in Chelsea or in a rented car heading upstate for the weekend passed through my mind.

“You jealous?” I said, trying to make my tone light.

I finished my drink and walked towards Aly.

“Baby!” Aly exclaimed, when he saw me. We put our arms around each other; his over my shoulders, mine around his waist. “This is Victoria,” he said. “Victoria, this is my Becca.”

Victoria’s laugh sounded like small silver bells. I watched her eyes dilate as she took us in; almost everyone’s first perception of us was of two gay best friends, but after seeing us interact there was always a moment when it registered, when we transformed into a unique, heightened articulation of heterosexuality.

We were better than two bros on the town, better than one straight person softened by a gay best friend. Women had never seen a combination like us before, even in New York.

Victoria came to the bar with us, and we ordered another round of drinks.

Emily was quiet, and then left abruptly. “I don’t feel well,” was all she said.

Victoria was on the other side of Aly, clinging to him. I forced myself to stay for a final drink, and then leaned in to Aly’s ear and said I was going home.

Victoria was in the bathroom. “Do you want to wait and say bye?” I asked. “Give her your number or something?”

“Nah,” Aly said, slipping into his puffy jean jacket. “I’m not that into her.”

Out on the pavement, Aly and I were walking towards our Citi Bike rental when it struck me as an ideal moment to feel sorry for myself. I sat down on the curb and began to cry. I really got into it; the kind of self-pity crying that is only possible when drunk. I wept for the mistake of my gender, for the concessions I made in order to even brush up against what I so desired within the heteronormative world. I wept because Emily wasn’t that great but I felt lucky to have her, indebted for her desire, dependent on her, while Aly barely registered her departure. I wailed and hiccupped.

I was envious of Aly’s body, of the ease with which he slipped into and out of women’s lives. He could have gone home with Victoria, had selfish sex, and then left without a word. I moved from seated to slumped against Aly, to fully supine on the pavement.

Aly sat with me. I did not confess my jealousy to him; it was important for our dynamic that the power structure remained intact, that we both knew we brought different things to the equation but that neither of us felt inadequate in relation to the other.

He didn’t ask any questions – he loved emotion, adored extremity. If my dissatisfaction was with my body, Aly’s was with life’s proclivity towards the banal; that’s why he loved and needed me. We both lived on the outer rim of life. We inoculated each other against the mundane. Eventually, I cried myself out.

“Want to splurge and take the subway?” Aly asked.

I got onto the seat – far too high for my feet to touch the ground – and Aly launched us out into the night. There were concrete barriers down the centre of Flatbush. We rode among the cars. New Yorkers dressed in black peacoats and heavy woollen lumberjack shirts spilled out from the side streets, their faces illuminated by the bluish glow of their smartphones.

The moon was perfectly halved, like it had been sliced and left on the cutting board. I thought about how you never read about half-moons, just full ones or slivers.

I held onto Aly’s waist. There was no fat, only skin moving over muscle. I could feel the beat of him, not a heartbeat but the rhythm of his inner workings, which seemed to me to be just there, just below the surface.

He pedalled hard and fast. A cab swerved and he raised a foot and kicked the back door, yelling, “asshole!” 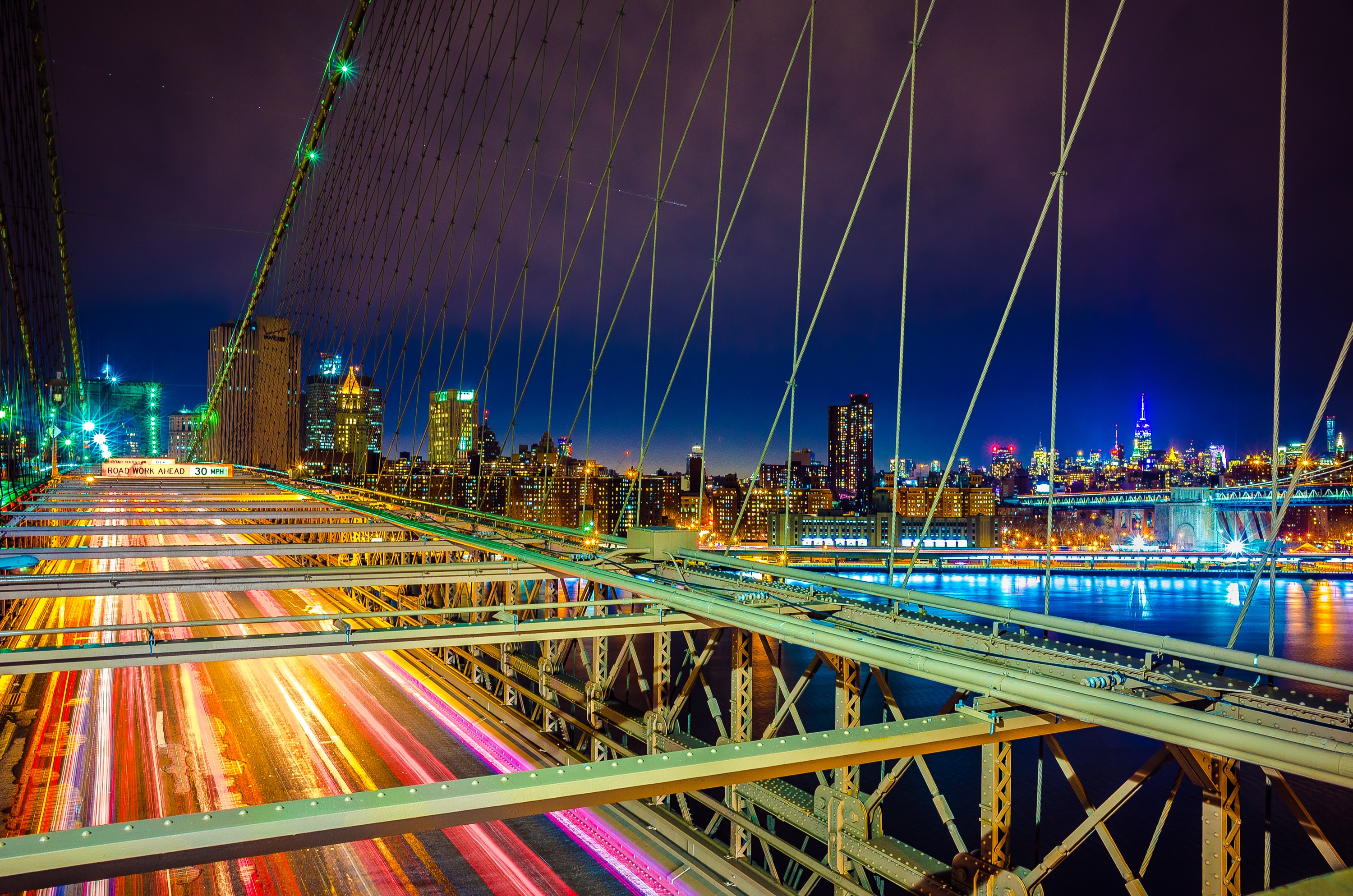 We careened onto the Brooklyn Bridge, cackling from the rush of it, from the invincible feeling that the city every now and then let us tap into, if we pushed hard and long enough. Halfway across the bridge, Aly braked abruptly and I nearly slid off the seat.

“I’ve got to vomit,” he said, and with no further delay took two enormous steps up to the edge of the alcove and hurled out into the Hudson. I came to stand beside him, patting his back.

“Do you know how many writers have committed suicide off this bridge?” I said.

He wiped his mouth with the back of his hand. “How many?”

I pulled out my phone.

“You doing a Google?” he asked.

“Nah,” I said, slipping it back in my pocket.

“Any news from Emily?”

“Fuck it,” he said. “Her choir group was lame anyways.”

Chinatown was empty. Not just shut for the night empty, but apocalyptic empty. We turned north, towards our favourite $1 a slice joint on 2nd and St. Marks, and ate sitting on the steps to a brownstone walk-up turned costume store. Freshly tattooed college students stumbled from the parlour to the Asian restaurant next door.

My phone vibrated. My fingers were greasy and smudged the screen as I unlocked it. Was way too drunk :p hope ur having fun x.

“Apparently she was wasted.”

Aly finished his slice and licked his fingers. Two girls stopped and asked for directions to Veselka.

“Just take a left on 2nd, and it’s right up the block on the right,” Aly said.

“Are you British?” one of them cooed.

“Oh, I love British accents,” the other one said.

They were both blonde and round, like God had taken sandpaper to their edges.

I discreetly texted Emily back: In east village now, wanna crash at mine?

No answer. We wandered around a bit longer. I checked my phone three times, worried I’d missed a vibration, then turned the volume all the way up. Around one we went back to our place. I put my phone on do not disturb. Aly and I brushed our teeth next to each other in the tiny bathroom.

“She left her watch,” Aly said.

“I know, I keep telling her to remember it, and she keeps forgetting.”

The watch looked silly on the top of our toilet. Oversized. She would need to come back to get it, but I already knew we were done.

“Let’s go away next weekend,” I said, sitting on the toilet and watching Aly floss. “Upstate.”

“Sounds good,” he said. He threw away the dirtied string and we went into our room. “Your bed or mine?” he asked.

Read parts one, two and three of ‘It’s All About Aly’.