The gender trouble with hair loss 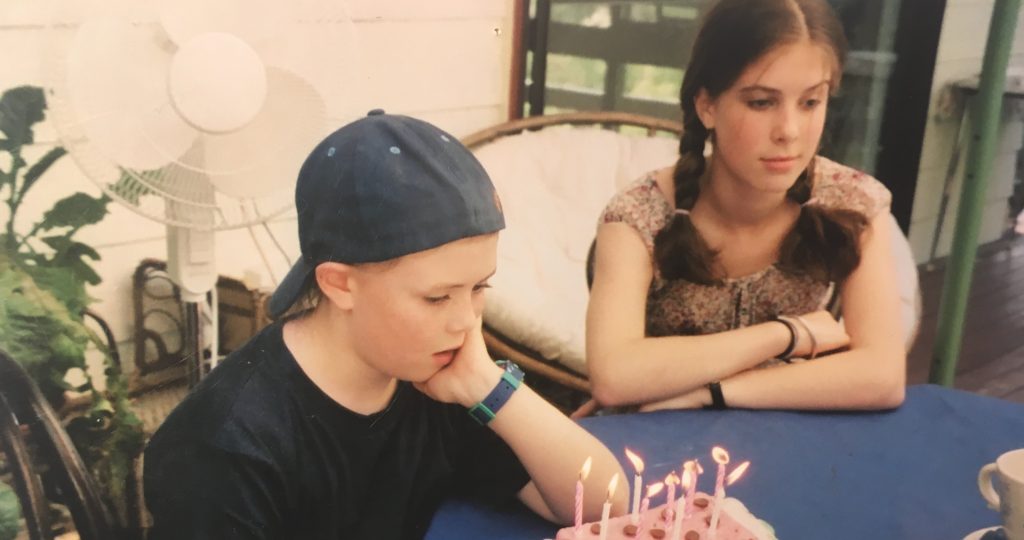 This piece explores experiences of autoimmune hair loss and gender, written and limited to the perspective of a white settler person, identifying as queer, living in Naarm.

When I was 11 my psychologist told me that one day soon I’d grow breasts and that this would resolve the issue of people confusing my gender. This gender ambiguity that I apparently embodied was the combined result of me exclusively wearing boys’ clothing and the fact that most of my hair had fallen out.

The encounter with this psychologist now reveals to me how tightly intertwined my experiences of gender identity, hair loss and visible difference have been. The rigid assumptions within the psychologist’s remark demonstrate a deep connection between hair and the gendered body, and perpetuate the harmful idea that ambiguity must be resolved within the body in one way or another. 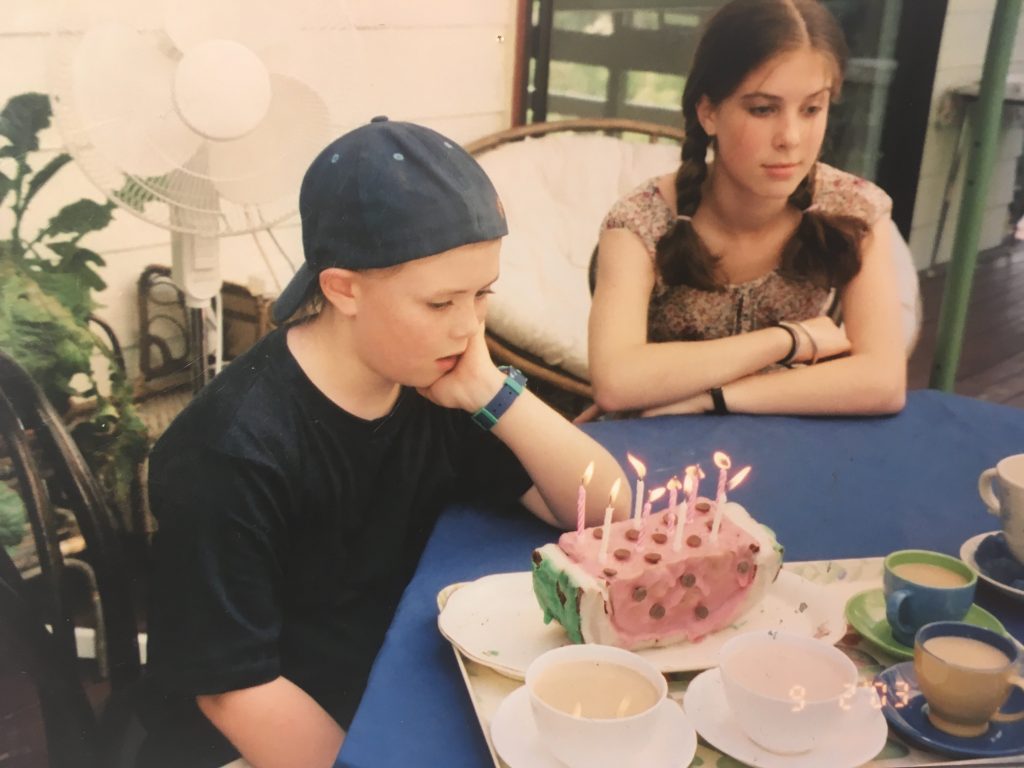 As a child, my hair was falling out due to alopecia and was mostly all gone by the time I was 12. I wore hats, cargo shorts and big t-shirts selected from the boys’ section. People would call me ‘mate’, kids would stare at me in public spaces and cis women would tell me I was in the wrong toilet.

Losing my hair occurred in tandem with a consciousness about gender norms because my experience did not align with how people assigned female at birth are expected to feel and cope with hair loss.

My first understanding of how gendered hair loss can be was at an open day for an alopecia support group in Melbourne. Men and boys walked around with their alopecia showing while women and girls covered their patches with floral scarves and realistic, natural looking wigs.

One parent told of her daughter’s reluctance to shave off her last strands of hair so that she could finally wear a suction cap wig, phrasing this as an unwillingness to move forward and have a normal life as a woman.

My own grandmother had expressed a similar sentiment of wig inevitability, telling me, “well you’ll have to start wearing a wig one day” as though the future of legible gender depended on it. 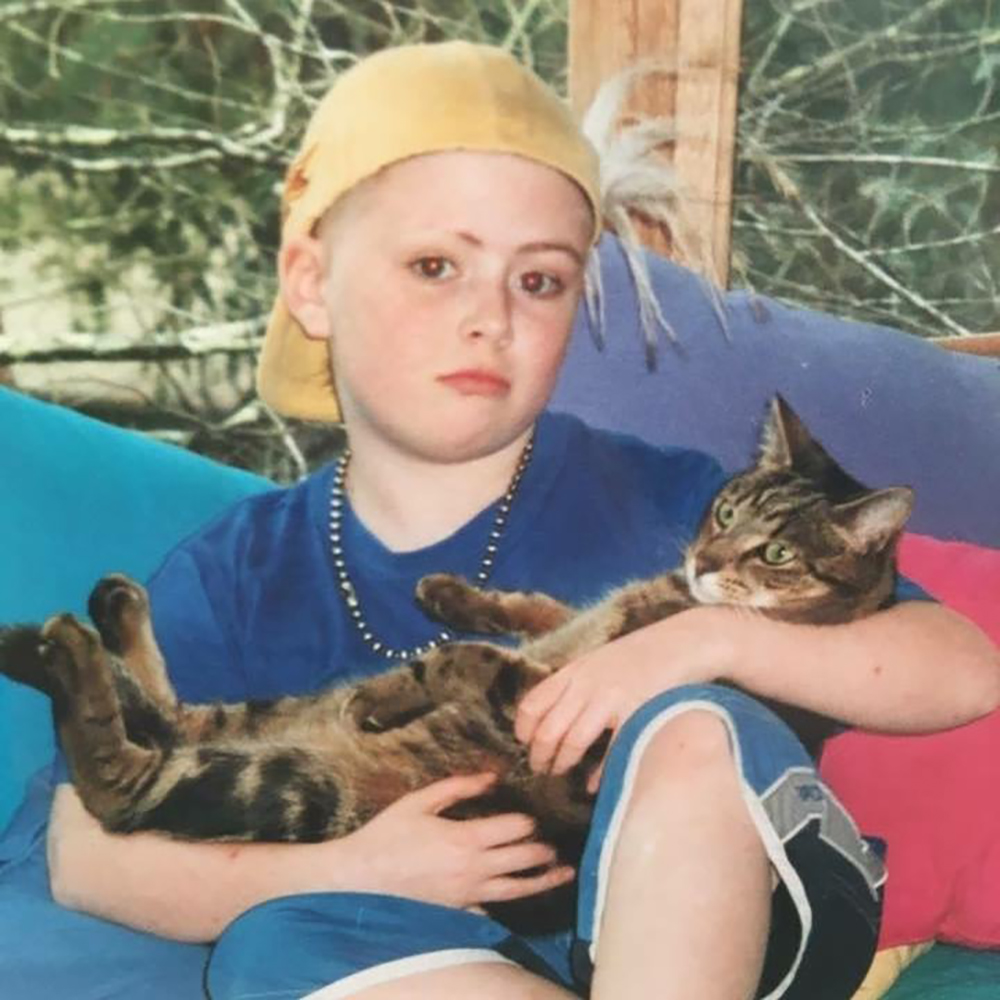 The adjustment to life with alopecia tends to merge with narratives and expectations surrounding gender development.

Like most products, the cosmetics, hats and wigs for alopecia are exclusively binary gendered, concerned with compensating for the apparent feminising or masculinising aesthetics of hair.

I came across a journal article titled The Psychological Impact of Alopecia in a medical journal, which contains a subsection on Alopecia and Women. The authors, McHale and Hunt, note that hair is “symbolically linked” to a woman’s sense of sexuality, self-esteem and cultural identity.

Expectations about how you will react and cope with hair loss are written into medicalised and gendered notions of wellbeing.

The experience of losing your hair can therefore also be an experience of having your gender categorised. In this way, hair loss becomes a regulatory and gendered experience.

Within these narratives, there was limited space for me as a child to imagine the possibility of queer, visibly non-normative adult bodies and lives.

While it is expected or predicted that people assigned female will experience hair loss in a particular way, there is no expectation or understanding of how hair loss might interact with or impact on queer and gender diverse identities.

For a long time, I held the mythic belief that my gender queerness had been caused by hair loss. My hair loss along with my gender expression felt like a bundled-up affliction – as though hair loss was tied up with gender confusion. In this sense, though my body had been queered by hair loss, a queer and bald identity were impossible to grasp.

Hair is so gendered that without it you can’t negotiate the norms of gender itself. When your hair falls out, you lose the power of hair’s gender markers and therefore lose the power to manipulate or skew those markers.

The political meaning associated with choosing to not shave your armpits or to shave your head is a form of agency that the hairless body cannot access.

Instead you take on a different set of meanings and media representations associated with sickness, disempowerment and even psychosis and evil, as Michelle Law has discussed in her piece A Bald Woman’s Guide to Survival.

The bald person’s body is in many ways an outlaw to the conventions of gender and health, and it can be hard to communicate agency and identity from within such a body.

Establishing a gender diverse identity within a bald body can thus feel in conflict with the established meanings of the body.

For me, this has produced a sense of social dysphoria in which how I feel and identify in my body does not align with how others perceive me.

However, this social dysphoria is also the very thing that I have forged identity through.

I have come to find agency in embracing the failure to control how others see me, and a sense of identity through my body failing to make sense of gendered markers and norms.

I believe that it is important to consider how the norms of hair, body normativity and notions of health can constrain and limit our understanding of gendered identity.

Developing this awareness could open up broader possibilities for navigating and exploring gender within the varying and diverse bodies that we inhabit.

Molly is a white settler person living, working and studying on the sovereign countries of the Kulin Nation. They attempt to explore and unlearn how regulatory systems of gender, race and body normativity operate and intersect to perpetuate regimes of settler colonialism, from the standpoint of being white, queer and having an autoimmune disease.