Queer body horror: On the grotesque dysmorphia of self 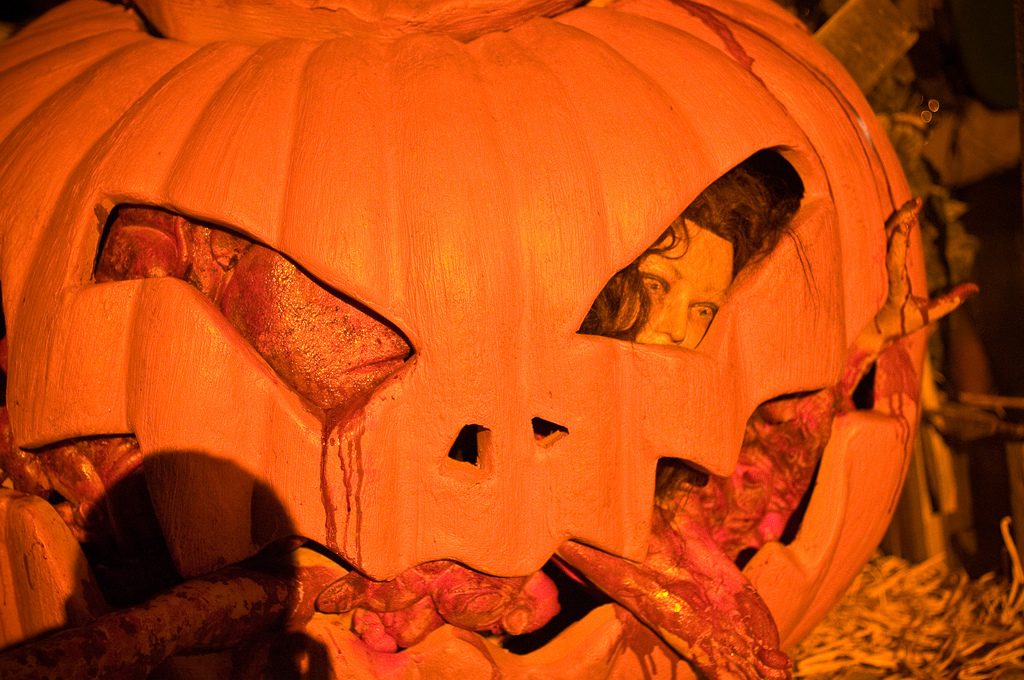 I loathe horror films. I was never able to sit down and watch the trailer for films like Paranormal Activity or The Conjuring. That small glimpse is enough to keep me up at night and afraid to look in mirrors (because everyone knows that’s when the creepy thing appears behind you, especially if you have a medicine cabinet).

For all intents and purposes, I dislike horror and, besides a brief period around the age of ten where I was obsessed with ghost stories, have disliked them for most of my life. In the past year or so however, my tastes have started to lean very positively towards the genre.

My preference is mostly for films and books which break the mould and especially which feature strong female characters beyond the Final Girl archetype like Jennifer’s Body or My Best Friend’s Exorcism. My journey into the world of horror has been accompanied by my growing identification as a queer woman. Originally a pejorative and a point of contention amongst many in the LGBT+ community, queer is a term I have come to wholly embrace.

My love for the word queer expands beyond reclamation to include the academic and literary connotations of the word. It is used to describe the undefinable and unknowable, and it defies any attempts to pin it down. For someone who always felt a little different and uncomfortable in all the skins she wore, queer is as comforting to me as an oversized jumper and hot cup of tea on a cold, rainy day.

Perhaps this is why I find depictions of body horror most appealing. I have slowly but surely fallen in love with the way the human body is transmutated into something other, something terrifying. Often, the horror of this new physical body bestowed on the woman is mitigated by the power she gains and which she can wield against the men who would control and harm her (Insexts, Jennifer’s Body).

As a queer cis woman, the idea of a powerful body is particularly desirable to me. Increasingly, art and writing featuring body horror is by women, and for women. These texts tend to focus on emphasising the way the female body terrifies not only those who possess it, but the way in which it threatens the very core of the patriarchy.

Within the idea of the uncontrollable body, the most prominent theme explored is pregnancy. Pregnancy is a horrifying concept for many of us with working uterus’ and even to those without. In these films, women are expected to welcome not only the physical change but the invasion that takes place within their body – whether by penis or needle, not to mention the parasitic body of the baby itself.

For many women, horror and body horror, in particular, is a way of talking about issues as varied as rape, conflict of friendship, and body image in an allegorical way that is nevertheless immediately recognisable. By distorting the physical body into something horrific, we become comfortable with its many forms.

For me personally, body horror has also been a way to deal with minor body dysmorphia, an overwhelming feeling where my head and face don’t match my body, a feeling of definitely being female and feminine, but not quite, but also sometimes feeling masculine, but not quite. The way that body horror queers our expectations of gender has given me the ability to own both my female physicality and my desire to embody the androgynous and the other.

An increase in female-written horror novels and films is combined with the advent of weird social media like the notable twitter accounts, @kimkierkegaardashian, @dril and @wolfpupy – and podcasts like The Black Tapes, and Alice isn’t Dead by the creators of the popular and equally inspiring Welcome to Night Vale. This media is easily accessible and emphasises living your truth as the three-eyed, six-legged, nebula-studded monstrosity we are beneath our human suit.

It is in this way that an attraction to horror, for me, has become an attraction to confronting various truths about and within myself. Body horror recognises the fact that everyone sometimes feels a little bit weird, a little bit other. For many of us, our human skin does not always settle comfortably on the frame of our skeleton, but body horror can help us discover what’s comfortable by eliciting discomfort.

Felicity is an embittered queer whose favourite hobbies include yelling at people on twitter and reading Queer and LGBT+ horror. You can find her ranting about the lack of Lesbian representation in media at her blog strangequeerthings.com.

Queer nightlife: The urge to congregate
By Kait Fenwick
Queer birth stories: Diversity in families
By Catherine McIntyre
Cruising: Public sex and the queer resistance to gay assimilation
By Regan Lynch
Hair and identity: Developing a femme aesthetic of queer diaspora
By Jaya Keaney
Misgendering cisgender: androgyny and the defaulting of masculinity
By Anila Malli
Fatness is not bravery: On queer affirmation and fuckability
By Sonya Krzywoszyja
Teaching while androgynous: Broaching gender with kids vs. adults
By Lauren Fuge
Hairy legs don’t make you more queer: Body positivity, and why it’s okay to be grossed out sometimes
By Mariana Podesta-Diverio