Abortion and ambivalence: The parthood model and sadness (but not guilt) 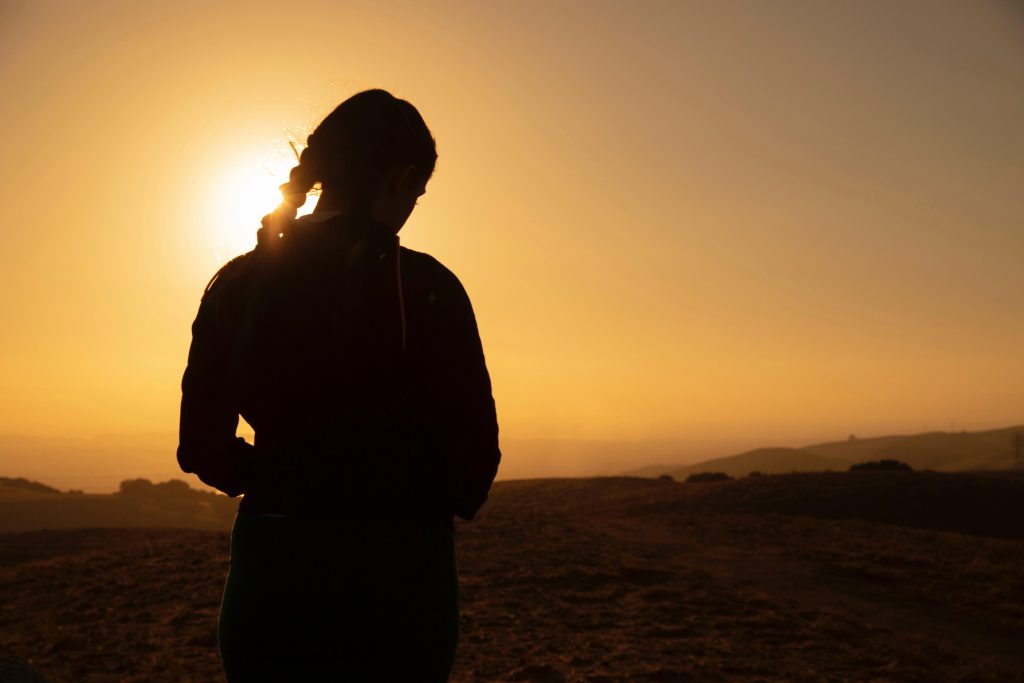 My mental health plan says I suffer from anxiety. I don’t think that quite covers it but it’s all there is to say. The words are hard to find, hard to choose.

I’m not victimised. It’s not grief in its popular sense, but it’s a loss for sure. I feel misunderstood, or at least, not fully understood, by everyone.

I feel ambivalent. Around 10 per cent of people who have an abortion feel ambivalent afterwards. So torn between both sides (pregnant or un-pregnant) that in the aftermath it becomes difficult to distinguish between what you did and what you wanted.

I wish I had kept it, I understand why I didn’t.

I rang the ultrasound clinic.

How can I help?

How many weeks are you?

Hmm you’ll have to wait till six weeks so we can hear the heartbeat.

Imagine it. I feel a love. It is me, it is you. How easy it seems to form a life from nothing. And I can see it. But I can’t. The future. Now is not our time, I whisper into the room, my hand on my stomach, my flat stomach.

She runs me through the options. My first doctors visit, the confirmation that I am indeed pregnant. She says medical or surgical. what. What. WHAT. That’s what I’m thinking. There is a life growing inside me. What. It feels a bit early to be talking about getting rid of it. I want it.

Two weeks pass. The days are like moving ships, they are rocked about inside me, waves of nausea. It is hard to think, yet all I do is think.

They have a plan, the medical system that is. There is a structure to these things. I want to decide before seven weeks, after that things get a little bit too human for me. There is one week left.

Oscillating, my mind is always oscillating. I want it. I want the blueberry to be a full-berry.

But it’s there. It’s you and me. You can’t turn your back on a stranger at the door.

But actually you can. You just close the door.

At the clinic, the doctors are nice. I feel supported medically for the first time. It’s my third time at the clinic. They ask, is this what you want? I look away. They look concerned. They give me two boxes.

You don’t have to take them right away, wait until you know it’s what you want to do.

I don’t want to choose.

So I take the boxes, but I still don’t know if I will take what is inside them.

I do. In one moment, I choose. I take what is inside those boxes. There is a dark storm outside, rain lashes the windows for a brief Melbourne moment. First I take mifepristone. No more progesterone. The pregnancy needs progesterone to grow.

Then it’s misoprostol. It loosens the lining of your uterus completely. From here it is something close to agony. Self-induced. My poor womb falling in slabs into nappy-sized pads. That lower abdomen ripping-tearing, it goes on for 10 hours. But it’s not finished there.

I wake up with a god-awful tingling come chainsaw-sawing feeling in my womb. I fear it’s a blood infection, they warned me of it. Parts of the uterus could remain trapped inside me, causing bacteria to grow and fester. I wake my sister up with stifled moans coming from the toilet. I sit hunched over, there seems to be no ending.

Until I realise that it is the ending. The gestational sac, like a bluebottle, hangs suspended between my labia, it falls, the final fall, into the toilet well. That was it, all that had grown in seven weeks.

The container model, the popular model, oppositional to parthood, suggests that the foetus grows separately inside the mother. The mother is the house that holds the growing foetus. Anti-abortion sentiment exists inside this – the mother should not choose, it is her duty to let life live. The foetus has its own rights.

Too much of the abortion conversation, in the container model perspective, focuses on the foetus, on what makes a human. It stirs guilt.

In separating the mother and the foetus, the feelings brought by the pregnancy itself are forgotten and guilt lingers in any sense of sadness. You took the life that was growing inside you.

But I don’t want to be labelled guilty. The guilt implies it is wrong. I chose an abortion for reasons of my own, and they were the right reasons.

Looking at it through the parthood model, I lost something of me. That is the sadness.

My body, my choice, my sadness.

Stella is an emerging writer who has recently finished their Bachelor of Arts in Gender Studies. Telling your own story is the key to survival, George the Poet said that on “Have you heard George’s Podcast?”, it resonates with Stella. Shared experience creates empathy. Hopefully that’s what they’ll keep doing.