Aboriginal families: Beyond flesh and blood 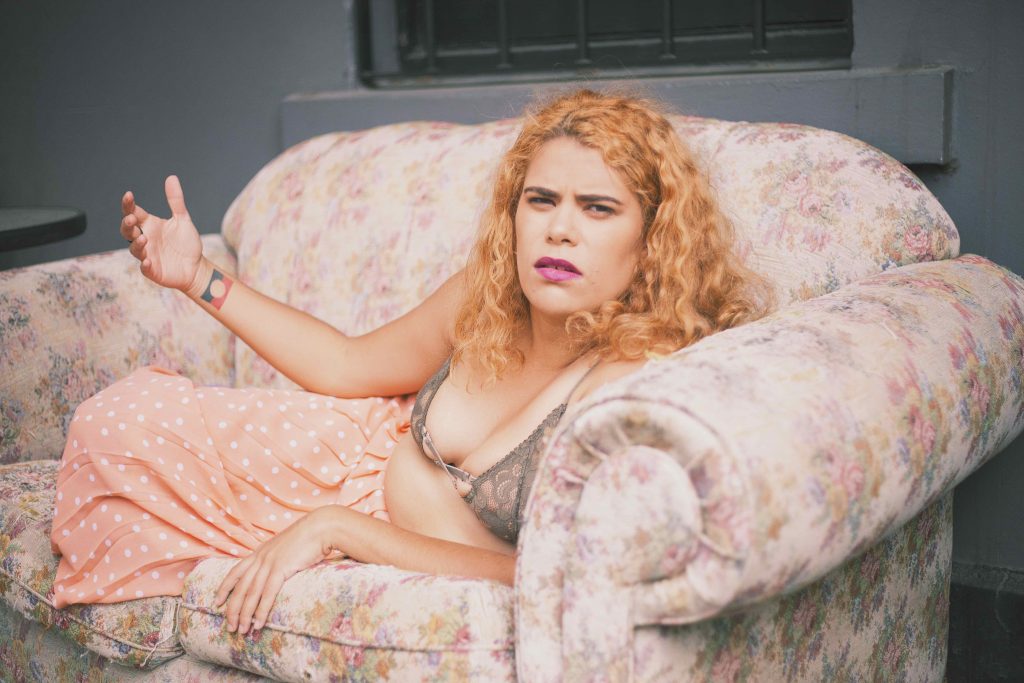 The black family is a contested and colonised concept; my own family has never been a fixed and permanent entity. We have always been ephemeral. Some people are added and some are cut out.

I have one mum, but heaps of other mothers. Sometimes, my mum feels like a sister. I have two sisters, but many sisters. I have two brothers, but many brothers. I have many fathers, and sometimes no father. We fill the roles we need with the people around us.

Growing up, I didn’t have a biological big sister, but I found one in my cousin Becky. I could talk to her about sex and periods and my body, and she was often the only person I felt safe enough to cry around. My own role as a big sister in my immediate family meant I had to be tough, but around Becky I didn’t have to be.

As I get older, and understand myself more, I realise that my blackness and the relationships we form in the black community have allowed me to hold many different truths about myself. In many ways, this informs my queerness and self-expression. I am both soft and hard. I am both the eldest sister in my family and someone’s younger sister. These things can exist at the same time.

Though this type of family may sound complicated, I do love it. Mum often tells me my great-grandmother took in many children from Lake Tyers, the mission we are from. This wasn’t due to some Mother Teresa-esque complex, but a course of action people like her had taken out of necessity. A lot of those kids grew up calling her ‘Mum’ and, consequently, we have a big extended family.

Similarly, in my immediate family, our doors were always open, which means our family ebbed and flowed depending on what was happening. This wasn’t generosity; it was about survival and duty to community. In my own family, I will also have open doors – not because I’m a saint, but because I am obligated to help ensure our people’s survival.

Before colonisation, Aboriginal relationship structures were complex and ensured that we flourished. When we were colonised, so, too, were our family structures and the roles within them.

I marvel at the fact that my big black family still exists. We’ve lived through massacres, rape and stolen generations. Each generation of my family has faced a different onslaught. We shouldn’t be here – yet here we are, and I suspect our relationships with one another were instrumental to our survival.

In many cases, those who did survive were displaced, meaning we’ve had to improvise what it means to be family. I think our survival has taught me that family is what you make it.

Lately, I’ve been thinking about family because my grandmother is on her deathbed; by the time you read this, she will have passed on. During one of the days we were visiting her, my grandmother met my partner, Witt. Before that, she’d met a previous partner, a cis man who I was with for nearly seven years. Over the course of that earlier relationship, I came out to my immediate family. I am fortunate that they took it as well as anyone could hope.

Because I was with a man, I never really saw it necessary to announce my queerness to my extended family. This changed, though, when I became single. The genders of the people I was dating and sleeping with were in no way fixed, and my mum took it upon herself to tell people.

In the white queer experience, there is resistance to outing people – but I think, culturally, it made sense for my mum. She wanted to shield me from any queerphobia, and also let people know that she was proud of me.

Mum and my grandmother, whom we call Nanny, had political differences and, in a message last year, Mum outed me to her. I realise that, for some, this can be a violent act, but I didn’t mind. Frankly, I was glad she was doing the work for me.

I don’t know if my grandmother ever learned what ‘transgender’ or ‘cisgender’ meant and, just before she met Witt, I couldn’t be sure if her fuck-ups would range from unintentional misgendering to intentional violence. Even though she was dying, I wasn’t sure if I’d be able to let transphobia slide. But their introduction went as fine as your grandmother meeting any new partner can go.

Nanny finally meeting Witt felt like all of my worlds colliding, because our family gathering in the hospital was set against the backdrop of a much larger discussion on family. On social media and in person, the nation had been debating whether or not marriage equality should exist in this country – although the debate had shifted beyond marriage, with trans people bearing the brunt of many attacks.

‘No’ voters saw themselves as the vanguard for the protection of family values and spouted predictable ‘Think of the children!’ rhetoric. Let’s face it: this type of moral panic is effective because it uses the wellbeing of children to manipulate the population. The unspoken message was that to be queer is to be inherently deviant and untrustworthy.

On national television, religious extremists used the marriage equality debate to refer to the children of queer parents as another stolen generation, something reiterated on flyers that protested the AFL’s Pride match. This bizarre comparison felt like being thrown under a bus at an intersection, because I typically associate conservatives with denial of the atrocities of colonisation and assimilation. Perhaps ‘Schrödinger’s generation’ would be a more appropriate name for it.

A regular catchcry of those opposing marriage equality is that children need a mother and a father. Personally, I find this view limiting – and very white.

In fact, it assumes whiteness. Black children don’t need just a mother and a father. It takes much more than that to raise a child, and those roles can be fulfilled by different people. This is the way it has been done for millennia. History also tells me to be wary of white people deciding what a family should look like. When they have intervened, it has spelt nothing but trauma and loss for us.

My great-grandmother was stolen as a child. Her family was not considered normal enough to remain intact and on country, so she and her siblings were taken away by the state. She didn’t return home until she was around 20. Like the children of queer parents, she was deemed in need of saving.

Ironically, it is those trying to do the ‘saving’ whom we need to be saved from the most. The only thing my great-grandmother needed protection from was the government, in much the same way that queers need protecting from queerphobia today.

Against this vitriolic backdrop, my partner and I have decided to start a family of our own. A few generations ago, white people might have had the legislation to determine what my family looked like, but I refuse to let them tell me what my family should look like now.

I’m starting to think about how to go about this, and what kind of parents and family we want to be. I think we will make excellent parents. Witt is the most caring and thoughtful partner, and I imagine that tenderness will also extend to our children.

Even though they don’t exist yet, I already consider them lucky. Those children won’t just have us, though – they will have my big, complicated black family, and our queer family as well.

They will know love and support, and they will never go hungry. But they will probably scream that we don’t understand them when they are 15, just like I did. If anything happens to me and Witt, I know they will be okay because they will have so many people there to look after them.

I am used to the validity of my queer and black families being contested. I wouldn’t mind so much if all families experienced this, but not all families are viewed equally by everyone.

The mainstream will always feel entitled to comment on what’s best for others – whether they be black, poor, queer or disabled – as though being dominant is enough to warrant legitimacy. As though it doesn’t matter if there is love and support, because cisgender heterosexual people are considered the norm, and ‘normal’ alone is enough.

Of course, this is not true because there are ‘normal’ families for whom violence and exclusion are the language shared. Many of the people I know grew up to reject, or be rejected by, their ‘normal’ families.

People indoctrinated to believe that family is a fixed and permanent structure, comprising rigid roles based on who has what genitalia, ultimately miss out. Those sorts of structures aren’t built to weather storms, and it is far too easy for people to slip between the cracks.

Whether black or queer, our survival has hinged on our ability to adapt and build fluid structures of love and support.