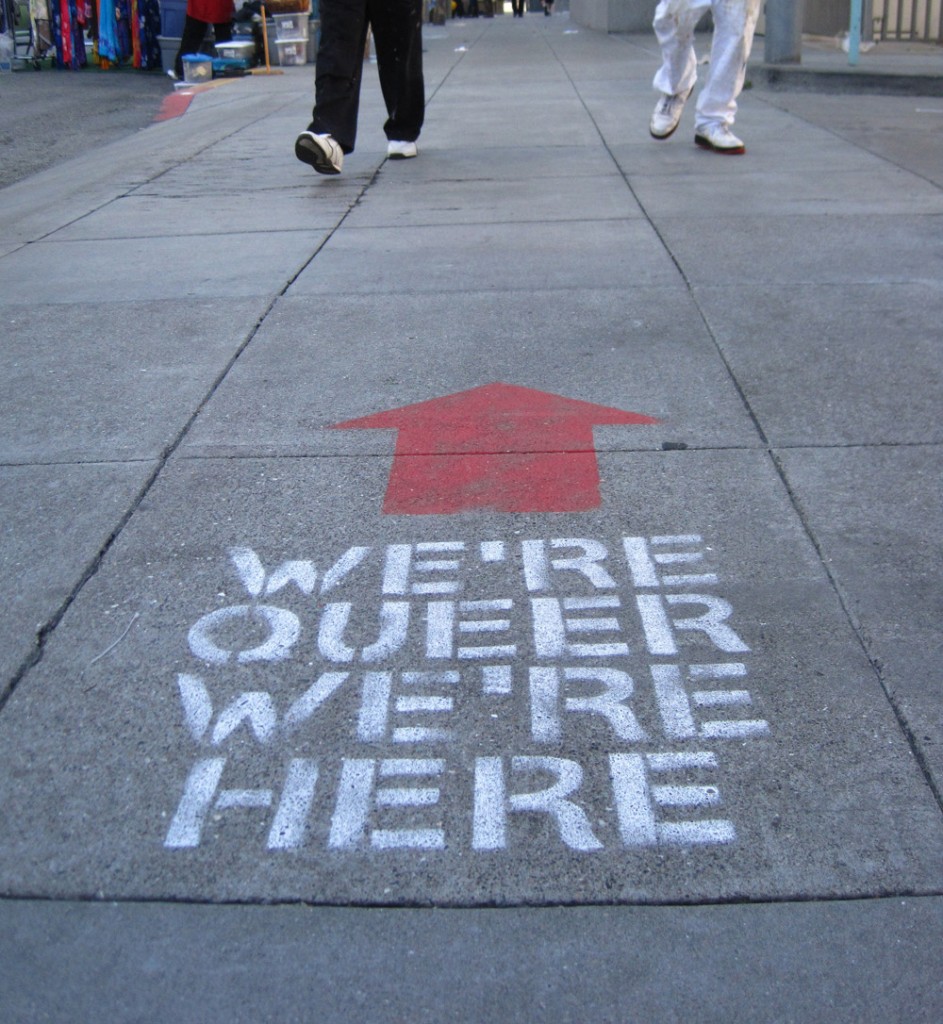 As an architecture student in the late 90s, I imagined an LGBTIQA Cultural Centre on a site next to Docklands Stadium. I was free then to idealise a city where my queer, underground musical and my mainstream sporting worlds merged – and naive enough to associate queer culture with prime real estate and government funding.

I knew enough about the way I experience public, private and closeted space to understand that queer space was unique, and deserved more than a glazed partitioned room in the university student union with posters of cute purple dolphins embracing mischievous unicorns farting rainbows on the shores of idyllic islands looking into the universe. But that space – as temporary, modest or clichéd as it may seem – meant everything to a lot of people, as did Shed 14 at Docklands, so did the Sydney Pride Centre in the 90s. Unlike other places in our daily lives, these spaces were safe, but they were temporary.

Queer parties have progressed significantly a generation later. We occupy spaces now in arts, music, media and culture in ways we only imagined decades ago, yet our visibility is still compromised. But regardless of what token stereotypes the pink dollar might generate, Melbourne’s LGBTIQA* (queer) community groups run on meagre funding streams, yet deliver lifesaving and identity building work to a community that is still largely marginalised, vulnerable, silenced, hidden and excluded.

When the Andrews State Government announced recently it was putting $15 million up for a Pride Centre in the 2016 budget, I thought, well this is significant in context. I looked upon this with an even dose of derision, but ultimately some excitement my state government is going for it. But why does the thriving queer village of Melbourne, with it’s unique northside, southside and countryside flavours need a $15 Million Pride centre you ask? Good question.

Pride itself has become a complex concept. Many queer folks are desperate enough for agency, participation and dignity they felt no choice but to throw themselves onto Fitzroy Street at Pride March to make us think harder about what pride actually is, what it means and who it serves. Pride is more than lived sexuality and connection to career, education, marriage and family. When you don’t have that, it’s about decolonisation, health care, gender diversity, employment and housing.

We need a Pride Centre because in these areas, we still have to work to do. Trans and gender diverse people are systematically tokenised and excluded from public conversations on our lives. Some of us folks still seek safety and permanence in Australian society and protection in law, in the face of sensationalist and disorganised resistance from the strange bedfellows the current wave of hatred has created. The Pride Centre is an opportunity.

It’s an opportunity that might go some way to heal some rifts in the Victorian queer community that the recent Safe Schools controversy and Pride action has highlighted. It’s clear we need to refocus and unite. But perhaps as we flesh out some detail, we might find the answers to why our relationship with pride is somewhat fractured.

For example, we are at risk of forgetting a whole generation of people who died of HIV/AIDS, and that is a tragedy. A new generation of queers have limited access to an appreciation of the intergenerational effects that have affected local narratives and lineages. The Victorian AIDS Council is still busy saving lives and educating people, so that history doesn’t repeat. The Melbourne-based Australian Lesbian & Gay Archives are placed perfectly to tell these and many other histories – but are on the brink of eviction.

Most importantly, we must prioritise the sexual and gender diverse communities, and the stories and languages of First Nation Peoples, through visibility, opportunity and agency to self-determine.

I hope Premier Andrews is less interested than I once was in buildings as symbols. If he can facilitate a stakeholder engagement process from the outset that is both intersectional and inclusive, it can form a robust brief where pride is intrinsic to the Centre’s procurement methodology and program. This Pride Centre needs longevity: major projects are seldom delivered in one government term, so this requires bipartisan commitment from successive governments.

While it’s never had a definition that has universally been shared or understood, at some point pride became a dirty word. Even polyester rainbow flags started to burn from Oxford Street to 5th Avenue, with a toxic stench as foul as its relationship had become with ATMs, corporate branding, and our phones.

Pride isn’t a flag, but it’s defined as a “sense of attachment toward one’s own or another’s choices and actions, or toward a whole group of people, and is a product of praise, independent self-reflection, and a fulfilled feeling of belonging.” Pride is a healing virtue, but first we need to stop selling it and associating it with privilege.

Perhaps this Pride Centre is one way we can get back to the basics and build a space where sexuality and gender diversity is celebrated and flourishes. Then safety might become permanent and we can all occupy the space. That green field site next to Docklands Stadium and Shed 14 is still vacant. Statues of cute dolphins and unicorns could be cool down on Harbour Esplanade.

Simona Castricum is a musician on LISTEN Records, she is a tutor in architecture at the University of Melbourne and her writing has been published in the Guardian, Vice and Penguin. Follow her on Instagram: @simonacastricum