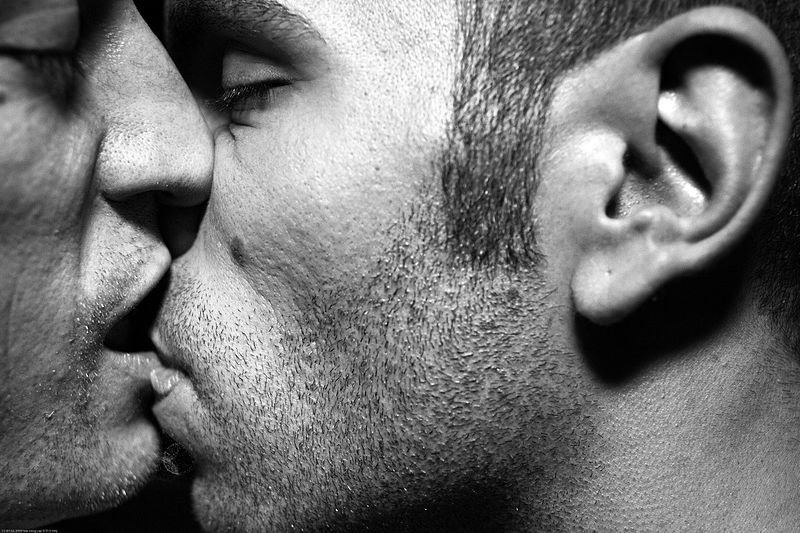 I’m being destructive, and I know it.”

This statement comes from community consultation I did recently with HIV-positive gay men on how they feel they’re being affected by using crystal meth, otherwise known as ice, or tina in the queer community.

If you have picked up a newspaper recently, you’d have heard of the crystal meth ‘epidemic’ ruining Australian lives. It’s clearly a powerful drug that, like GHB and ecstasy before it, is having its moment in the spotlight (despite having been on the market for decades). Whether smoked or injected, the wider community perceives crystal meth as a ‘dirty’ drug associated with the mythologised image of ‘meth face’, with teeth missing and wiry, ruined bodies.

Amongst gay men, the perception is slightly different but the fear is the same. The drug is invading online and cruising app discourse: ‘wired play’ and ‘PnP’ (party and play) are some of the terms used to navigate sex play involving tina. Just as common is the emphatic ‘no wired guys’ stipulation.

This makes the issue treacherous territory. However, demonising usage does not encourage open discussion among users, some of whom may need guidance and information.

In speaking to some 36 gay men on tina, I found that reactions were polarised. One quote in particular set the tone for how we might move forward:

“I’ve always thought of myself as one of those ultra-strong people who was not susceptible to any form of addiction. Then you get near something like [tina] and you realise actually, there are limits. To be honest, it’s given me compassion for people who I used to judge as being weak-willed, or lacking self-control. It’s actually possible for people to lose it a bit.”

To me, this addresses a lack of empathy amongst gay men between those who use drugs, those who do not, and those who pretend not to.

Drug use is not a new issue to us as gay men. Recreational drug use is inextricably linked to the gay community; perhaps even part of its identity. Opiates, heroin, cocaine, speed, poppers, ecstasy, GHB, tina; pick an era and you’ll find the drug de jour that has run through gay communities in Australia. As reported in the SWASH (Sydney Women and Sexual Health) survey, lesbian and bisexual women communities are also overrepresented among crystal meth users, but underrepresented among mainstream and queer media in this capacity.

Without condoning usage, it’s vital we acknowledge the psycho-social environment in which tina has come of age. Even older than tina is gay men’s attraction to recreational drugs and alcohol as tools to reduce inhibitions and increase pleasure.

Gay men and drug use

Tina makes sense as the drug of choice for gay men post-AIDS. The drug removes the barriers to pleasure and intimacy that have built up over three decades of HIV. As one participant from my consultation commented, “[Tina] made me feel bolder, sexually more adventurous, and all my anxiety was gone.”

Or consider this more visceral description of someone’s first time on the drug: “I had this overwhelming feeling of horniness and the strongest desire I’ve ever experienced to play with a man’s cock… I loved the feeling it gave me, like I was the most potent sexual being on Earth.”

So, drugs make you feel good. In other news, sex is awesome and sugar tastes great. However, acknowledging the reasons gay men are trying, using, or becoming addicted to tina are vital to tackling the issue, and not just when it’s too late for a friend or family member.

How do we recognise the thousands of gay men using tina in a manageable way without providing a how-to guide? We have a responsibility to ensure those who choose to use are given as much information as possible.

Those men who use recreationally may be currently in a manageable pattern, but how do we create a dialogue so that if they go too far down the rabbit hole, they can see it’s happening before it’s too late?

Talking to friends about drug use

I asked men what questions they’d want answered about tina. Sadly, a common question was, “How do you tell a friend he’s getting out of control?” The most useful suggestion is to start talking to your friends before it becomes an irreversible issue. Once someone has reached the problematic stage of usage, chances are they won’t listen, and you might find yourself cut out of their lives as they prioritise using over you.

However, if people who use drugs feel free to openly discuss their recreational behaviour, and their friends approach said usage without judgement, that honesty informs an ongoing dialogue. The opposite is a community who are using, who are too ashamed to tell anyone, and can’t see when he or she is going too far. As one guy put it:

Some community members provided a number of harm reduction strategies and benchmarks for ‘overdoing’ it.

Some examples of these were:

It’s important to communicate harm reduction messages like these (as well as more controversial messaging, like how to inject safely). Growing up under a ‘Just Say No’ ideology makes for fraught dialogue when it comes to acknowledging the role of manageable drug use.

With every message around harm reduction, do we need to balance it out with narratives of personal destruction? There are plenty to choose from. The men I interviewed shared difficult stories in which tina took over their lives:

“I missed work, appointments, special dates, it destroyed relationships that were important to me, I did things I regret, I hurt people around me… meth is the worst thing that can happen. Meth kills, [while] HIV has only given me strength I never knew that I had.”

That correlation between tina and HIV is vital to our understanding of the drug and the perceived threat it presents to 30 years of HIV prevention campaigns. Only a small number of men I spoke with blamed their tina usage for becoming HIV positive. A higher number acknowledged it was present at the incident in which they were exposed to the virus:

“I became positive a few months after the tina phase. I do believe that my sex life loosened up during my time with tina, but I’m not so sure that it contributed to me becoming [HIV positive].”

One thing I’ve learned in moderating my online group for HIV-positive people, and facilitating workshops for the newly diagnosed, is the shame around being HIV-positive is such that some gay men seek any reason beyond personal culpability for why they are now positive. The rise of tina in the HIV blame-game is no different.

However, gay men have to acknowledge that the drug fast tracks intimacy and removes inhibitions that can lead to risky behaviour. In recognising that, gay men still need to ask what came first: tina, or the 30-year cloud of HIV hanging over every sexual interaction that means our understanding of pleasure is forever complicated by fear?

As a community, we can’t wait for researchers, doctors or health organisations to ‘solve’ the tina issue. It begins with us removing judgement around friends and lovers who chose to use, and letting them know they can talk about. Asking a government-funded group to fix you or your friend isn’t the answer.

I have a friend in treatment for problematic tina use. For him, ‘problematic’ means injecting weekly and having to go to work still high; and it means turning up at social engagements still buzzing. At the heart of his counselling though, he’s realised he has the potential to be a manageable, recreational user.

To get there, he didn’t need 12 steps. He needed a frank conversation with another lifelong recreational user. I witnessed this event take place from the sidelines, and it wasn’t two addicts enabling each other. It was two intelligent, adult men acknowledging their habits, how they inform their lives, and how best to manage them. The conversation changed my friend, for the better.

It reminded me of when I first met another gay man, and finally felt I belonged somewhere, despite what the rest of the world was telling me.

Nic Holas was commissioned to write this article as part of Living Positive Victoria’s Is Tina in Town? – a forum on meth use and assisting in the development of a health promotion resource around problematic meth use.

Views expressed in Archer Magazine are not necessarily those held by the publication. Neither are such views necessarily those of our sponsorship bodies.
Archer Magazine does not promote or condone the use of illicit drugs. Rather, it seeks to provide accurate information that will help people who already use drugs to reduce risks and make safer informed choices. Nothing in this publication should be taken as recommending drug use.