We should drop the racism when talking about gay rights 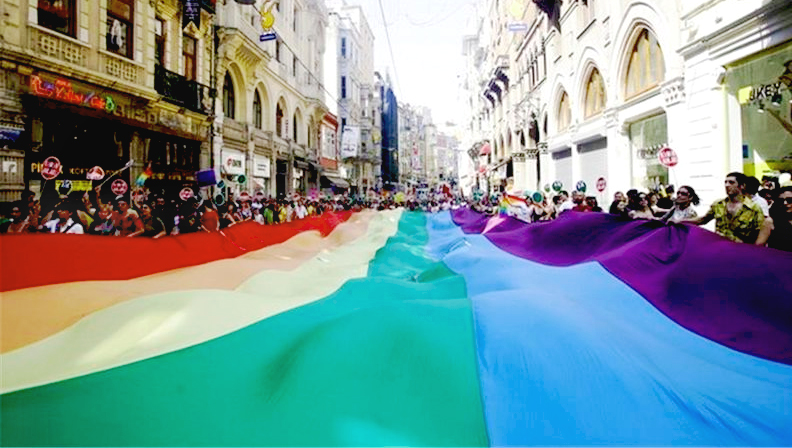 NEW LEGISLATION WAS recently passed by the legislature in the US state of Arizona that would allow businesses, under the pretence of religious beliefs, to refuse service to gays and lesbians.

The bill, which was eventually vetoed by the Governor, would have created segregation within the state. We could have easily seen “NO GAYS ALLOWED” signs popping up all over Arizona.

It is ironic that this bill has surfaced at the end of the Winter Olympics in Sochi, after months of western campaigning over Russia’s anti-gay legislation. Particularly if you look at how some gay rights campaigners talked about the Russian laws.

Stephen Fry, for example, had this to say about Russia: “An absolute ban on the Russian Winter Olympics of 2014 on Sochi is simply essential…at all costs Putin cannot be seen to have the approval of the civilised world.”

The language feels like it belongs in the early 1900s, in a world in which the west is still colonising the east, and we still talk about ‘civilising the savages’. But the sentiment is not new. Islamophobia for example is very common within much of the gay and lesbian movement; an assumption that all Muslims are homophobic, and that the Arab world is an inherently homophobic place.

Similar sentiments can be found regarding eastern Europe, Africa, Asia and South America.

It’s ironic when you look at what is happening in the US. The Arizona bill, which is being replicated in states across the country, is akin to the laws passed in Putin’s Russia. Yet we are not calling for a boycott of the US from “the civilised world”.

And that’s because much of the gay and lesbian movement unfortunately has a racist tinge. We have created a perception of the west as being enlightened on gay and lesbian rights, while the rest of the world threatens to throw us back to the dark ages.

This assumption forgets the vast history of sexuality in all parts of the world – a history that is often much more diverse than that of western societies – and in doing so ignores the many LGBTI people who live and fight within these places. This assumption isolates those working in countries like Russia, leaving them to fight on their own while we take a moral, yet racist, high ground.

It is an almost colonial approach to gay and lesbian rights. We picture an entire country as being homophobic and then argue that it is up to us, the white people, to save them from their homophobia.

It is also ironic given that some of the increasing conservatism in places such as Russia comes from a perception of homosexuality being a western import. Queerness and queer rights can be seen to represent the antithesis of a traditional culture, in which case the anti-gay backlash is part of a broader anti-western backlash. Therefore, talking down to countries outside the western world could potentially lead to a more serious anti-queer backlash.

The Arizona bill shows one thing: when it comes to gay and lesbian rights, it’s not really up to western queers to lecture those in other countries. Our battle is global, and in realising that we must drop the racism when we talk about international rights.

Simon Copland, climate campaigner with 350.org and columnist for the Sydney Star Observer, argues Westerners should stop talking down to countries with anti-gay laws.