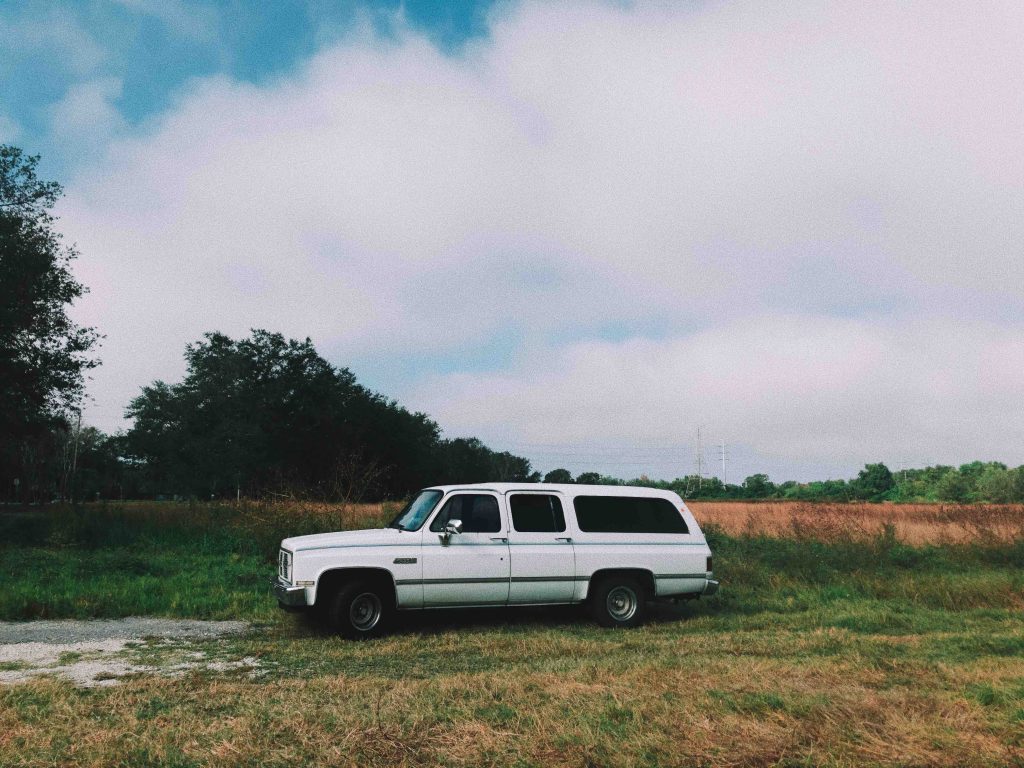 I didn’t think of myself as homeless when I finally did stop going home. It didn’t happen overnight and it didn’t feel bad.

Over New Years my partner and I went camping. Some nights we were so lazy setting up a tent that we slept in the middle of a private farm under just the rain cover. I wriggled in the night because I felt like spiders were crawling over me (they weren’t).

We took so much pride in how little fuss we made about sleeping rough.

At some point during the trip, I talked about when I was 17 and would sleep in my car. I was doing my HSC and my family had been so collectively depressed that I simply didn’t want to come home at night. The best thing about my day would be leaving for school, and the worst feeling would come when I walked back up the driveway.

My family were really good at twisting anything into a reason to argue. The order we had baths in would turn into fights about who was the dirtiest. The position we sat in the backseat would turn into a fight about feminism and man-spreading. One time, I accidentally cut my hand while chopping vegetables; I was accused of staging the injury on purpose to gain sympathy. No one had any claim to good intentions.

Unsurprisingly, this led to physical fights (between everyone, even our dogs would fight), but mostly it was verbal. We became so volatile in a space meant for love and privacy, that weird things happened to our brains: observing each other’s flaws and communicating them in these heated ‘hate-fests’ was literally the only time we paid attention to one another.

Honestly, I think I got the worst of it in our household, because, as a girl, I was totally ‘bitchified’ by my parents and brothers. Qualities about me – how loud I was, how confident I was in my own opinion and space and voice – were turned into something to be ashamed of. Anything I said could be dismissed in an instant with my brothers’ favourite patronising phrase, gesturing me to “caaaalm downnn”.

Even as a 23-year-old, I still can’t shake the message that my concerns won’t be heard if they are too emotionally delivered. And I’ve never been as confident in myself as I was before I was taught not to be.

During that time, two things happened that changed my life: firstly, I got approved for Centrelink. And secondly, I got a car. Buying a car really opened up my whole life for me. I didn’t realise it at the time but I created my own autonomous safe space. I would listen to riot grrl music and take long drives into bushlands. I spent longer hours at school and the library, changing from a C-average student to someone who got straight A’s in every class. I also found solace in drinking. It could wipe you out for the night so you didn’t care about going home, or it could provide a great excuse to never get home in the first place.

And in the mornings, I felt so nifty – like I could make everything work for myself. More and more, I treated my car like a second room, creating a place for clothes, toiletries, books and a makeshift bed. Eventually, it became my only room.

I thought it was the smartest thing I had ever done. But when I think back on it now I feel really sad for myself, because the reason I could stand sleeping in that way was because I didn’t care about myself.

Well, partly. I didn’t have much autonomy, and the material things that I owned would often be thrown in my face during those ‘hate-fests’.

My dad had been developing a gambling problem at this time and would swing between generous moods where things would be given freely to extremely hostile moods in which I would be made to payback amounts as small as 50c.

It became clear that I had a tally against my name for everything my parents had ever given me without my knowing; car rides, sport lessons, school fees, clothes and food.

Sleeping in my car was beautiful because it completely removed the tally. Nothing I used was owed to anyone but me.

My girlfriend recently asked me why I didn’t go to a service for youth homelessness. The simple answer is that I didn’t even think to. It felt so gratifying to master my own routine. I had found places to cook and shower on my own, and had grown attached to my car as a place of comfort.

I felt so guilty about receiving Centrelink. There was always this message implanted by government services that you don’t really deserve what you are getting. My dream was to get off payments as soon as possible and pay them back. No one had ever told me that I didn’t actually owe anyone anything, that I was a kid.

I would have viewed a homeless service in the same way – just another tally against my name.

I still get this terrible feeling when I drive up that driveway. And I also have a weird relationship with cars: they feel like the only private spaces in the whole world.

There are things that I still do now because of how I was raised. A psychologist told me that I don’t accept things that are comfortable because I am always second-guessing myself, and my motives. I feel like I don’t deserve compliments, or success, or comfortable places to sleep in.

But now that feeling of dread I get when I drive up my driveway isn’t what I feel when I see my family members. I know that I work hard to create positive memories with them (and can even compliment my siblings now).

Basically, sometimes bad things are brought out in you – like not caring where you sleep at night – because of your environment. And it doesn’t always have to say something personal about the kind of person you are.

Sometimes, you’re just doing the best with what you’ve got.

Yeşim Karasu (they/them/theirs) is a genderqueer community developer and a recent graduate in Psychology. Currently working out of Sydney they practice a Positive Psychology informed approach to health and happiness. They also take special interest in promoting the strengths of the transgender community as a whole.

This is the second article in our series on LGBTI youth homelessness. Read the first one here.