Unconventional relationships: Doesn’t every family have a Leon?

The rumour around the suburban street was that Nan was a hussy; strangely, having two men in your life wasn’t the norm. For me, though, growing up around the three of them, I knew nothing different. Visiting my grandparents for dinner consisted of Nana, Zaida (the Yiddish word for grandfather) and Leon.

I had a wonderful childhood filled with every film that Judy Garland and Shirley Temple ever made, Eastern European food aplenty and so much love.

As I grew, my trio of grandparents would be everywhere. The three of them came to everyday mundane events, such as Grandparents Day at primary school, and dropped me off at after school ballet classes.

Leon taught me my first magic tricks and was a very dependable taxi. He played the most intense pirate re-enactments in the small park across the road from his Northcote home. We would make amazing jelly concoctions, which involved the use of blenders.

Slowly I started to realise that not everyone had the same family structure as me. Where was everyone else’s Leon?

My aunty Michelle has always been adamant that the trio met at a swinger’s night, but is quick not to discount the possibility that they may have just met at a gay club.

Suspicion and conjecture aside, my grandparents always maintained that the relationship formed organically. I was told that Zaida and Leon first met in 1976.

My mum and aunty were both working at the Regent Theatre as usherettes and Leon was their uptight manager. He was described as a cold-hearted man with a manicured moustache who rarely shared a joke with his staff, let alone a lingering smile or, heaven forbid, attend after work drinks with the staff.

Zaida, being the eternal optimist and stubborn man he was, declared that he was sure that he could form a friendship with this man. It may have been for no other reason than to prove a point to his daughter, as they took pleasure in keeping score against one another.

The family folklore states that Zaida asked him over for dinner one night while Aunty was living overseas. By the time she returned to Australia, Leon was an integral part of our family. To this very day, Leon is a standard fixture at my grandparents’ house, family functions and everything in between.

The three of them were literally inseparable. I remember them returning home from Disneyland with a bag overflowing with toys to disperse. I was thrilled with my Minnie Mouse headband, which I wore as a crown as I strutted around the house, and my red plastic Tamagotchi.

I loved listening to their stories, like when they would reminisce about the time my Zaida lost his dentures on the cold streets of Switzerland and the trio had to drag themselves along the footpath kicking up the autumn leaves looking his false teeth. 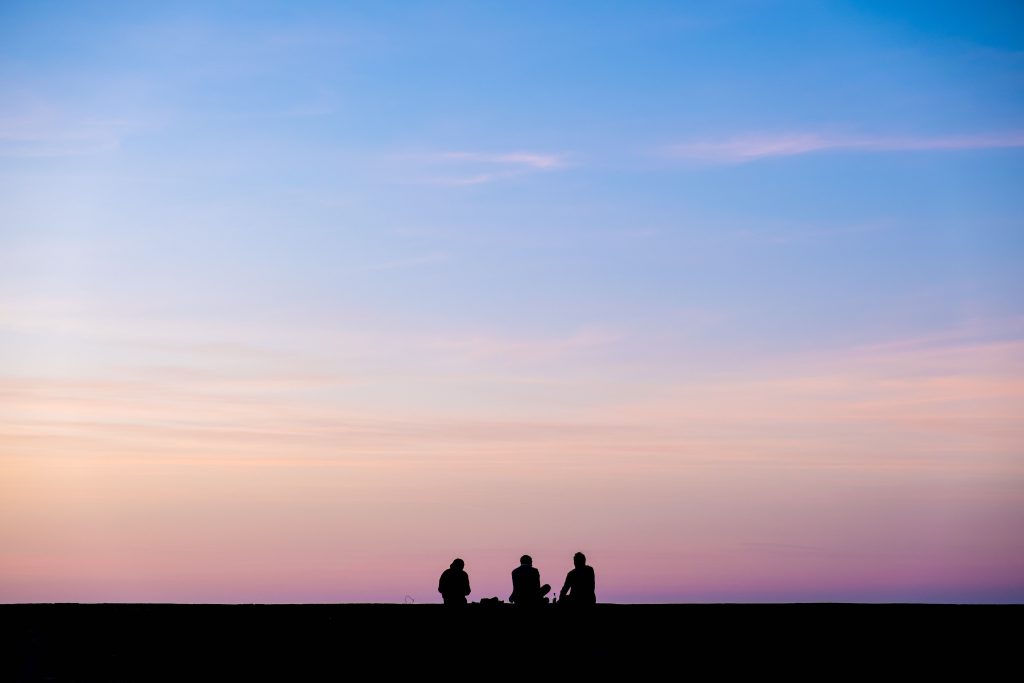 Not everyone could understand their relationship. For years, old Jewish women, like the good old matchmakers from Fiddler on the Roof, would try to set Leon up with single women.

Nana’s former best friend and bridesmaid, Anne, formed a deep admiration for Leon. She wrongly assumed that Nana would be her wingwoman and help ignite the flames of passion between the pair. Alas, Nana promptly told her that Leon wasn’t interested. Anne was so angry and couldn’t believe that she had no man in her life while Nana had two.

As I grew up, I became more acutely aware that others did not have a trio of grandparents like mine, but I never questioned the legitimacy of my relationship with Leon in the family. It was others who were confused by this relationship, not me.

I have never thought to call them polyamorous, or label their relationship, because to me they were simply Nana, Zaida and Leon.

I have always had a great love for all three of them and not once in my life has any person’s confusion or comments made me doubt my love or their legitimacy in my life.

Zaida has since passed away. I remember sitting with my Nana and Leon in Zaida’s small off-white hospital room in Heidelberg a few days before he died. His crystal blue eyes were filled with tears and, in that moment, he seemed to know that the leukaemia that swam through his veins was going to beat him. He kept saying over and over that he didn’t want to die. It was almost like if he just kept saying it, someone or something would have to hear him and grant him more time.

Through his sobbing and utter despair at facing death, the only thing he could cling to that brought him peace was his knowledge that in his absence Nana and Leon would still have each other and that they both would be deeply loved and cared for.

To truly find long and loving relationships you need not be afraid of making other people feel awkward or uncomfortable with relationships outside the norm. If it comes to it, don’t falter, don’t even blink when someone calls you a hussy out in suburban Melbourne.