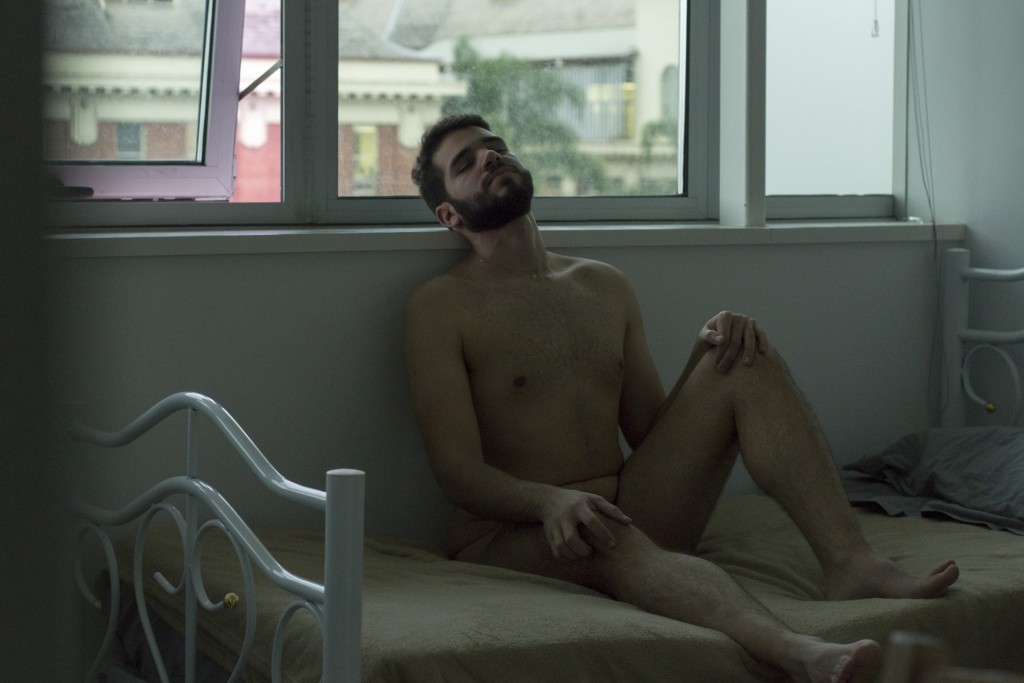 I spend the most time with myself, running my fingers over my stomach and agonising over the parts that are soft. I guess all queer and trans people feel the way I feel at some point, because our bodies become associated with a very specific type of failure.

In Vito Russo’s The Celluloid Closet, he examines the many different images of the queer and trans communities that we consume in mainstream media. Often, a predominant image of the queer person is the archetype of the sissy.

The sissy is someone that inhabits the male body but embodies the typical traits of the feminine and, in displaying both masculine and feminine, fails at each. The sissy is not treated as a whole person, but, rather, as Russo notes, the yardstick through which the virility and strength of straight men is measured, understood and reached. What we’re conditioned to think is that to inhabit the queer body is to inscribe insecurity, loathing and failure into the body. Even though I like the sissy, I’ve slept with sissies, danced with them and see myself in them, it doesn’t make me feel good. But it should.

Eric Brumfield’s photography does something different. His photos aim to capture queer people as they really are, not as they appear in the heterosexual imagination. In doing so, he creates beautiful images that celebrate our flaws and differences.

“It all started with Kane, my boyfriend at the time,” Brumfield notes when I interview him. “I’d never been 100% comfortable with feminine gay menm, but I met him and he’s very flamboyant and I saw how beautiful he was and then started seeing that beauty in other places. Because of him, I want to kind of represent people that are looked passed because they don’t look or act a certain way. I want my work to bend and move.”

This idea of movement is something that underpins Eric’s work. Where the queer body, specifically the gay male body, is so often placed into false dichotomies, like  masc/femme, Dom/sub, or top/bottom. Eric goes out of his way to dismantle these structures and present something consciously different to the failure. “Most of my subjects are gay,” he says. A model stretches his torso over a bath. Photo: Eric Brumfield.

As the bottom gets on his knees to suck one guys dick he runs his hands down his chest and his abs and says, ‘wow, you’ve got a great body, it’s beautiful.” I think about whether they’d think I had a beautiful body or even a great one. I wanted them to. I looked at the top, getting his dick sucked, with his hard chest and flat abs and I thought, I want that. I want to look like him.

That yearning is something Eric understands and wants to fight against with his work, “For so long the gay body has only been like … one thing. Very fit, very groomed, but I hate that plastic looking, buff body. It’s the same with porn. I can’t watch that super well-lit, buff people together because I can’t relate. I get that there’s so much pressure on the look because for so long we only had that. But that’s changing now. I want it to be softer with my aesthetic: the lighting’s not perfect, or the image isn’t always totally clear … I want to come from a different place.”

All I really achieved was becoming unable to tell if I was going to shit my pants as I walked up a flight of stairs. Whenever I stood up to piss, I had to put a hand over my asshole just in case the pressure was too much. I thought about whether someone would ask to fuck me behind a truck while I was walking home from school at night and whether it would bother them if I couldn’t bend down or if I’d projectile shit all over them if they pushed on my stomach slightly too hard.

I look at Eric’s photos and I apologise to myself and I sit there alone, lonely, with my body and I say sorry to it quietly and I think, now, that it’s okay. I’m enough.

Anthony Nocera is a freelance writer and full-time homosexual. His work has appeared in Krass Journal and The Suburban Review. He’s the creator of Hook Up zine, available here.

Justin Bieber and my trans masculinity
By AP Pobjoy
Archer Asks: Jazz singer and activist, Mama Alto
By Bobuq Sayed
Fanfiction: Coding homosexuality as a teenager
By Liza Cole
Extracting queerness from a narrative of suffering
By Fury
Examining queer young adult fiction: Systemic discrimination in the publishing world
By Jordi Kerr
Come as you are: When sexuality isn’t used to define queer TV characters
By Sabine Brix
Feminist pornography: beyond the male gaze
By Alexia Brehas
The actor’s secret: the joy of playing with gender
By Archer Magazine