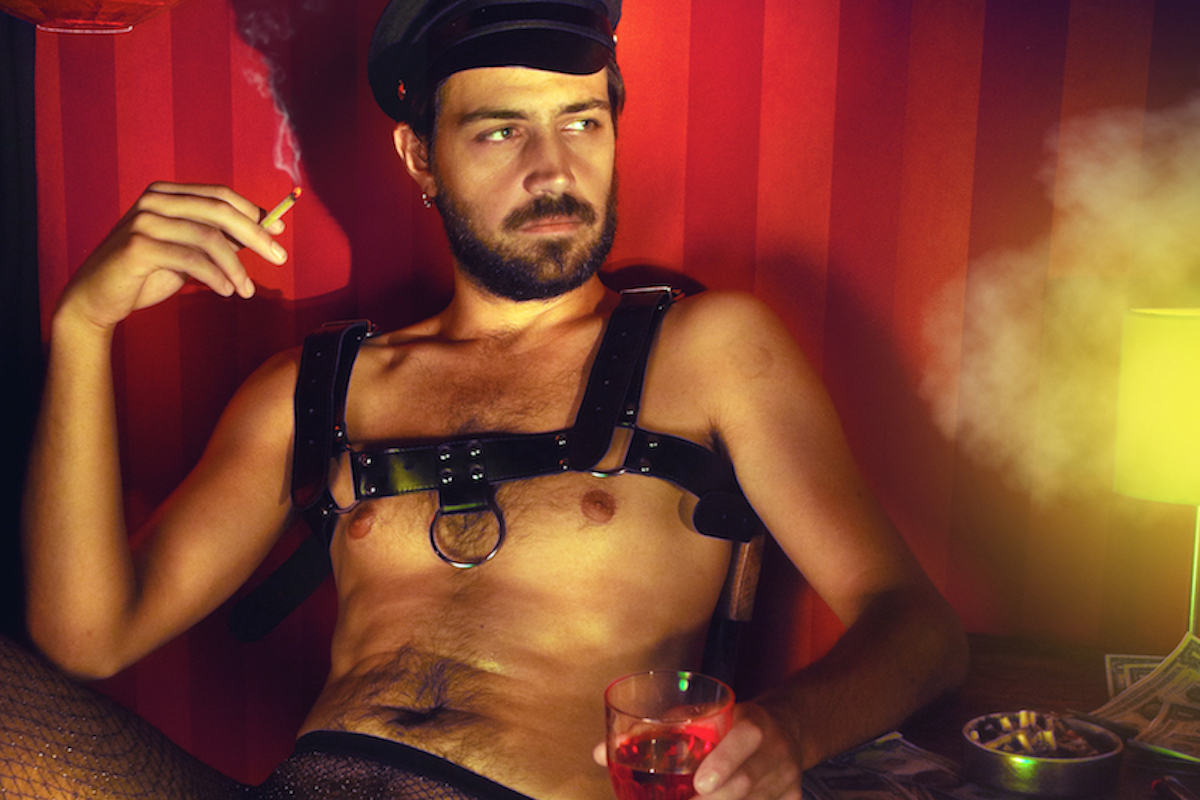 I create artistic works that are offbeat, kitschy, colourful and gently provocative.

I claim to be a camp artist. To me, camp is a concept that designates, among other things, a form of self-mockery that allows gay men to laugh at the difficulties of their condition in a homophobic society, all with artifice and exaggeration.

That’s why, voluntarily, I take the clichés of gay culture and divert them, in order to highlight our world, as much in its best as in its worst – ejection, superficiality, overconsumption, violence, addiction, sex, politics and more. 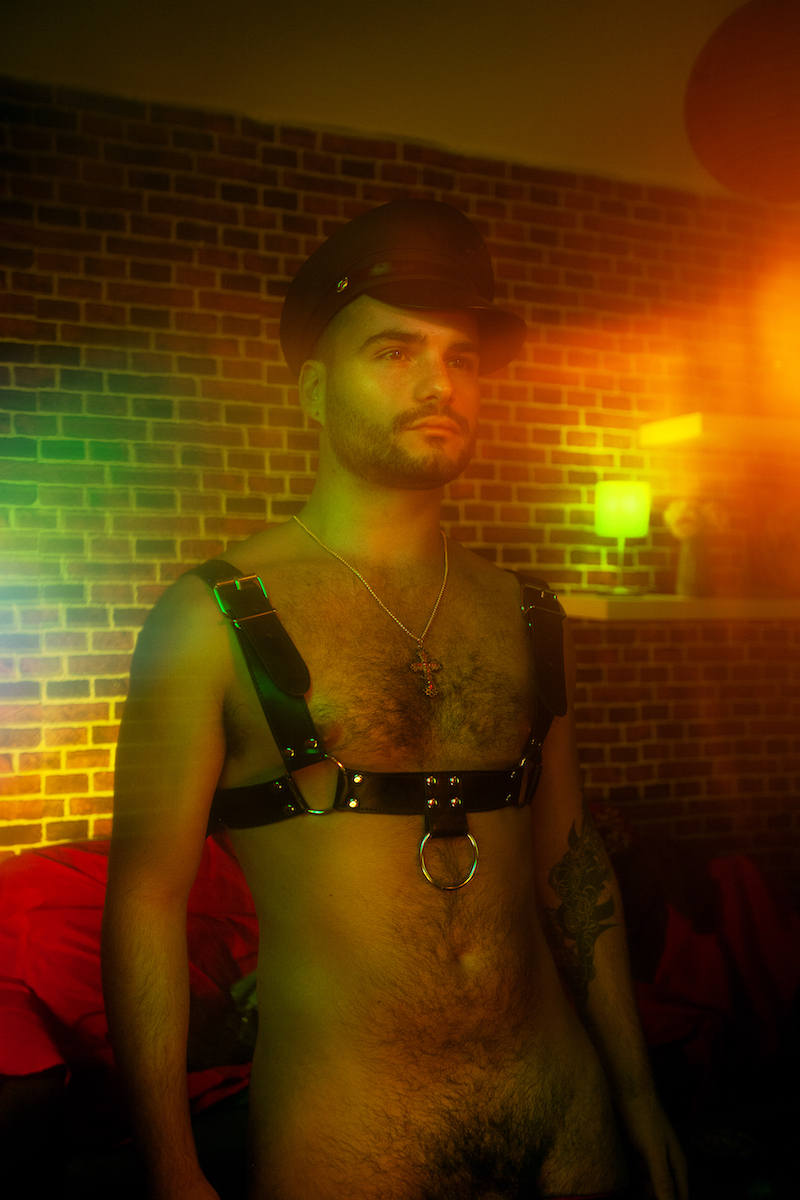 With this series, I was inspired by the Greenwich Village area, where the historic Stonewall Inn riots occurred on June 28, 1969. These riots marked a powerful and symbolic turning point for the queer struggle and the fight for LGBTQ rights.

For them, that bar was a place of freedom. They were free to explore their sexuality. So I imagined the spirit of a motel in that area at that time – something a little bit unsanitary, poorly lit and certainly not very expensive.

Places where marginalised, excluded or singled out people meet to indulge their fantasies and be the person they want to be, without hiding. The politician who comes in secret, the farm boy who lets himself be tempted by another man, the fetish of the man with the pig’s head, the man who gives himself away in the bathroom.

I used warm, wet colours to capture the hot energy of these scenes and create something very sensual and exciting.

If this hotel had a name, it would be “Polly Dolly’s Motel”, the hotel of all possibilities. 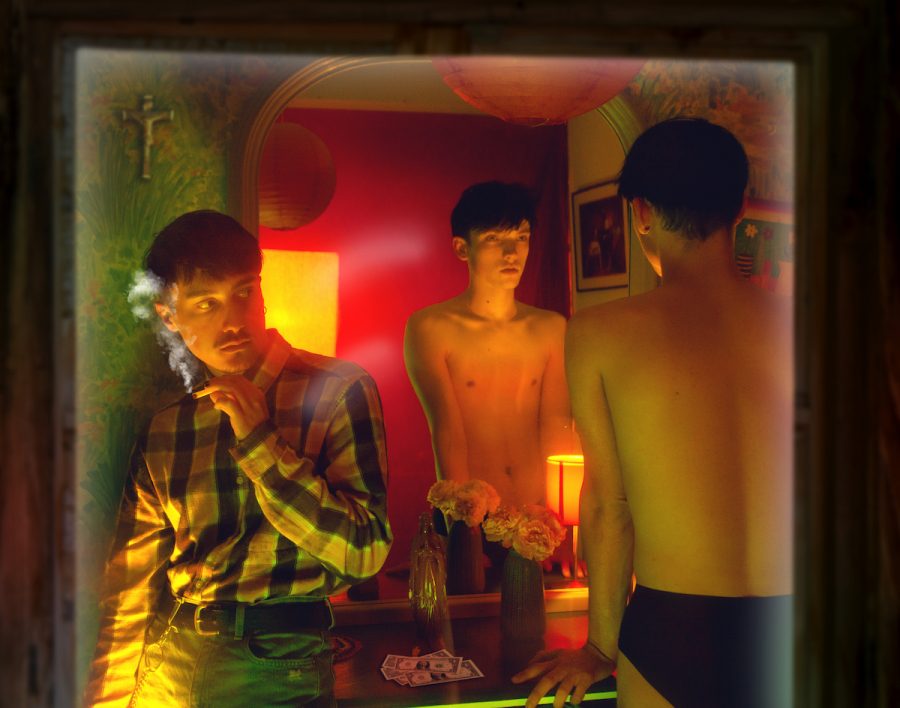 INSIDE. Models: Alexandre and Eliott 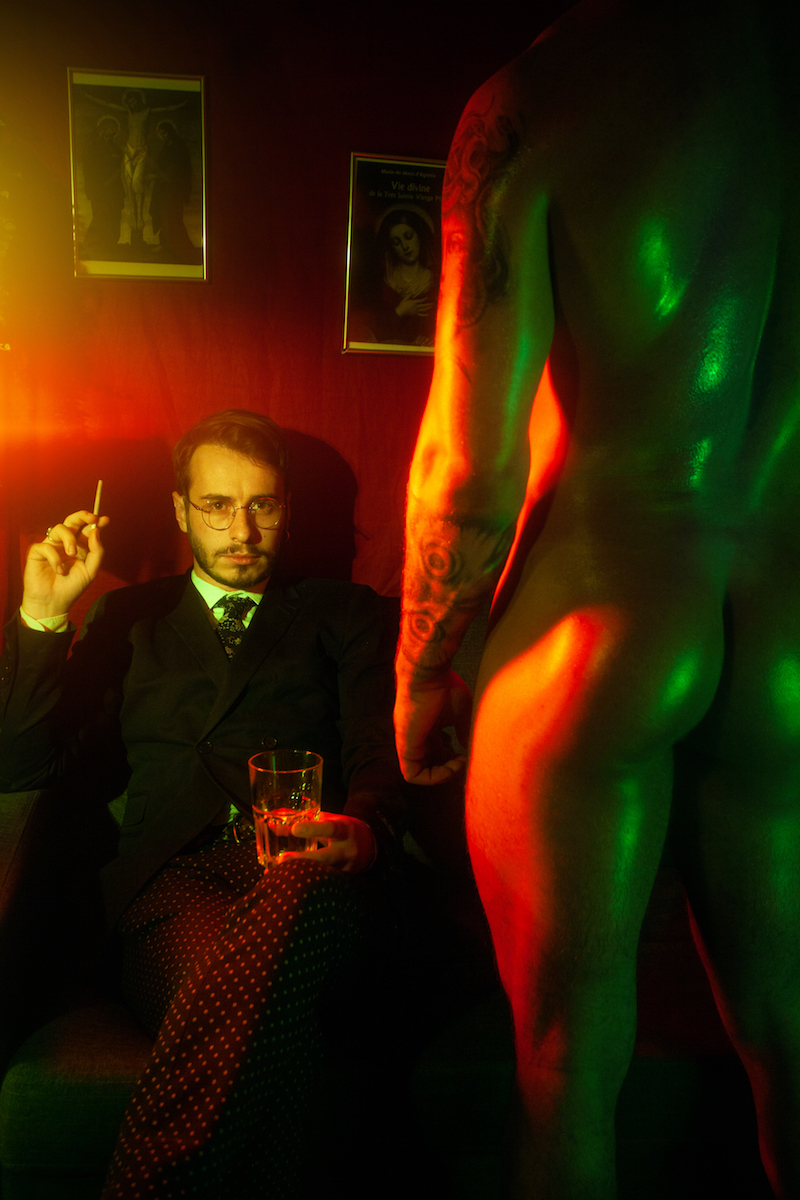 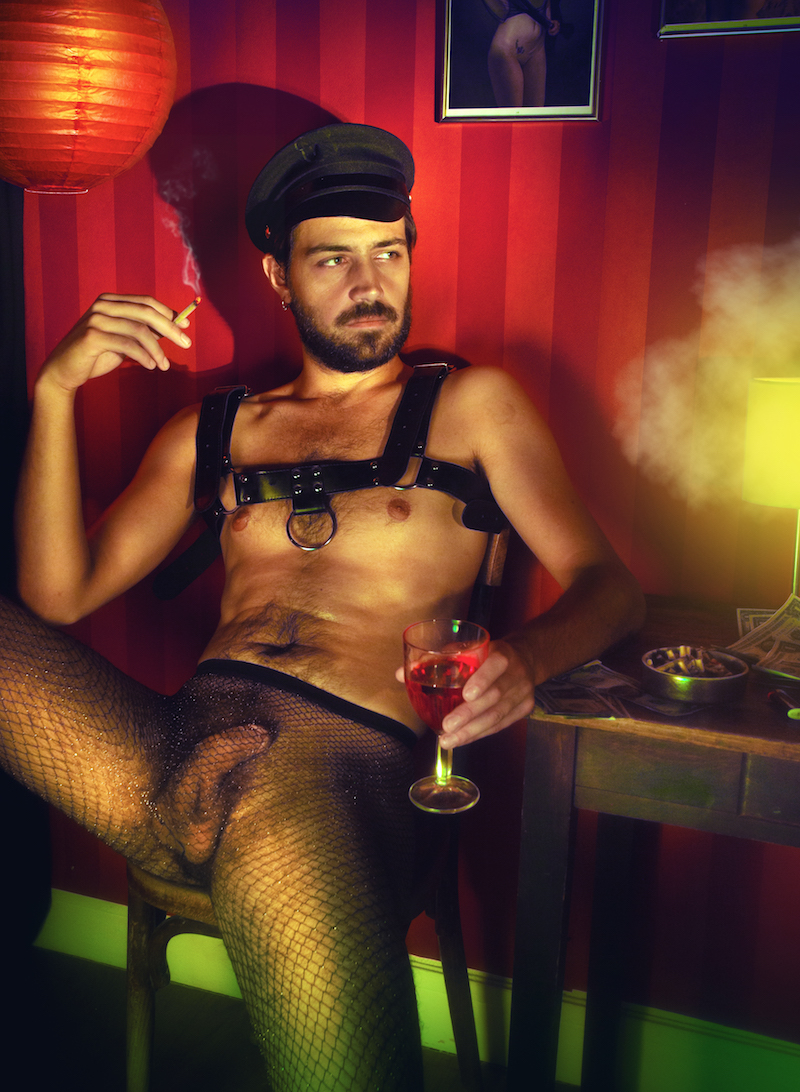 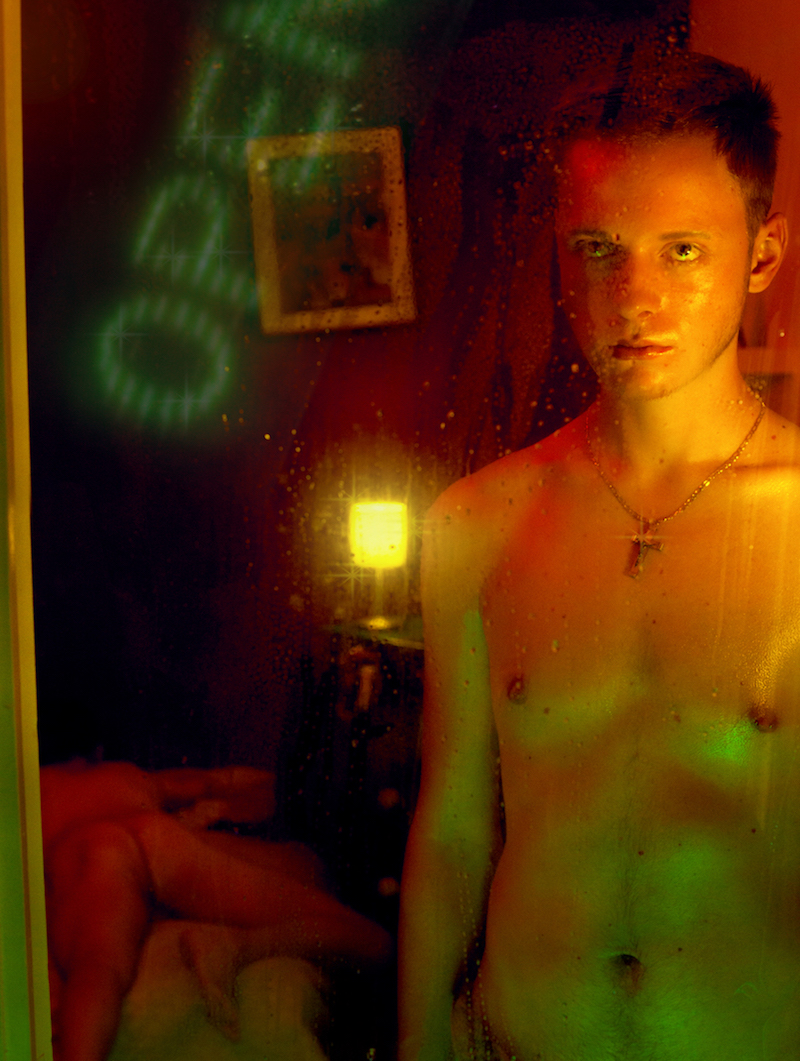 SEX AT THE MOTEL. Model: Damien 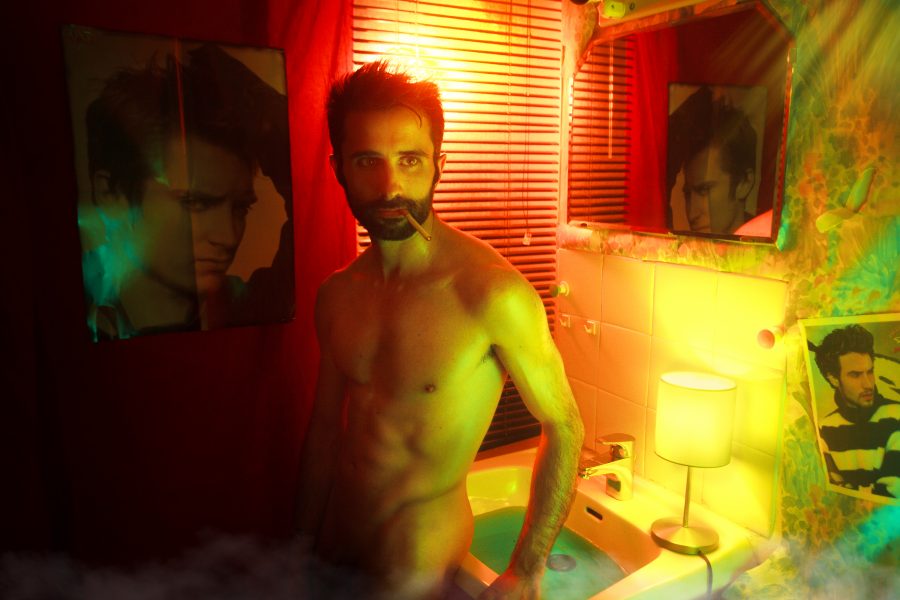 Romain Berger is a queer photographer from the French scene, born at the end of the ’80s in Normandy. With a background in film and theatre, Romain has long been fascinated by images, popular culture, stereotypes and gender issues. A member of the queer collective Balaclava.Q, Romain regularly has articles and interviews published in magazines in France and abroad. A photo book from Romain, edited by an English publisher, will be released around September.