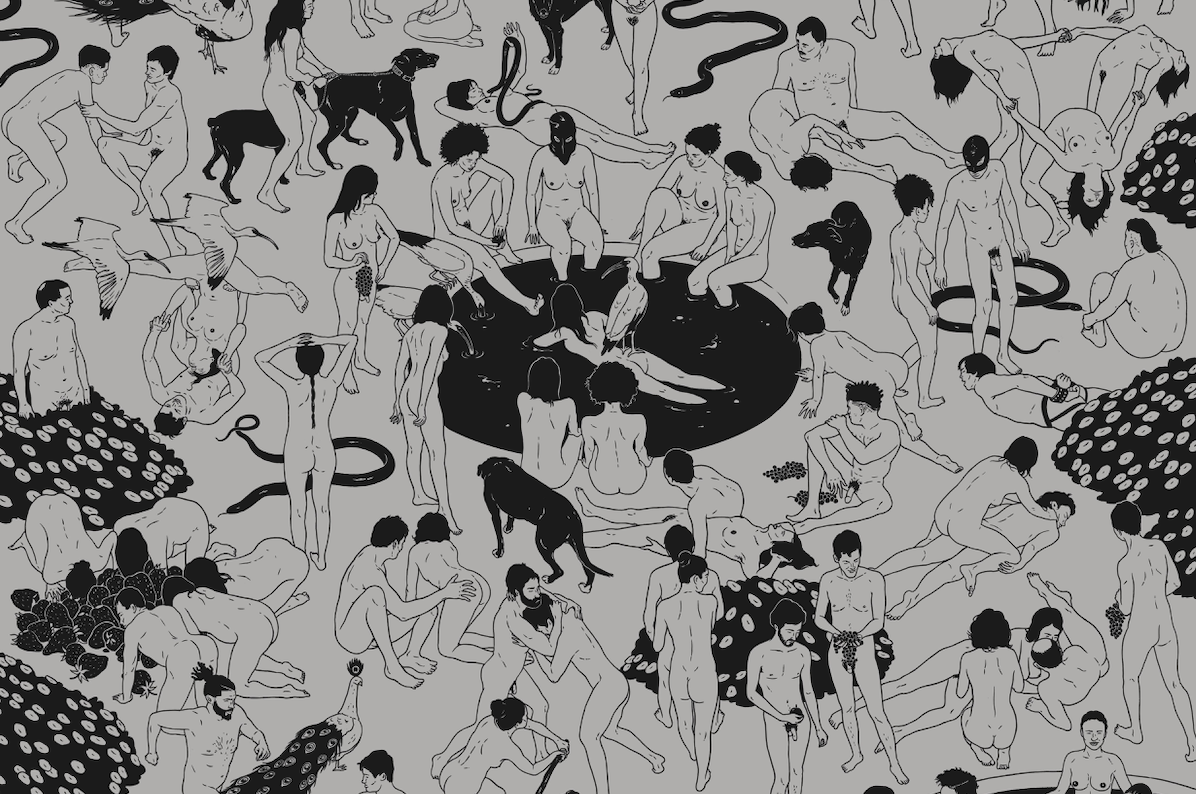 I’ve never gone back to the specific scene, but I remember the gloves, the sweat, and how it made me feel: hot and bothered, sure, but also like I was watching something I couldn’t believe actually existed.

I couldn’t believe something was made just for us.

I wasn’t allowed to go to sex ed as a child. My small public primary school had a nice lady come in and run classes for Year 6. I’m guessing she wore dangly earrings and a pashmina.

Our parents needed to sign a permission slip and I was raised by my dad – a politically conservative Catholic, born in the early 1940s. He didn’t want me to learn about abortion. As my classmates were learning about our changing bodies and where babies came from, I was with the Year 5s next door.

I went to a public all-girls high school. A school without religion – no nuns as far as the eye could see. The deputy principal was a lesbian who later ran away with the head of maths.

Even so, our sex ed was perfunctory and mainly about periods. Some classes got condoms in science. Mine didn’t. There was only one mention of queerness in my entire PE career. Lots of softball, though, which is quite dykey.

The one memorable exception to this is the first ‘pornographic’ image I ever downloaded: a picture of Pamela Anderson in a wet white T-shirt. (I would continue to believe I was a heterosexual for many years.)

Instead, I would stay up late and wait for Queer as Folk to come on. I was obsessed with Buffy the Vampire Slayer. Eventually, I found The L Word and it became clear things I had tried hard to ignore were not going anywhere.

But Dad, what else was I meant to watch? I was starved for ladies on my screens kissing (and thinking, dreaming, laughing, loving). I wanted to keep thinking about queers forever.

So I went back to the gloves, and the sweat, and while it never stopped making me hot and bothered, I spent years thinking about what it all meant.

Since finishing my PhD in 2018, I have taught many courses, but among my favourite are those on young people and sexuality. Students share their sexual education experiences, which vary widely based on age, gender and the kind of school they attended.

We often think of young people as having brains made of Play-Doh – mouldable, impressionable, ready to be influenced. And we want to protect their little mushy brains from things they aren’t ready to know.

The knowledge we are most afraid of is sexual. Violence is second; drugs, third. Think about media classification systems. A film that is PG might contain light kissing; you might see nudity in an MA 15+ film; R is usually synonymous with sexual content. An M-rated film with violent murder? Yes. Female orgasms? Absolutely not.

This fear means that schools and the state are very concerned about what might get them into trouble. What we teach young people about sex in schools is a barometer of what society thinks is acceptable, and this is always in flux – a messy push and pull between conservatives and progressives (think Safe Schools).

I don’t want to dismiss these concerns outright. But I am not wholly convinced by them, just like I am not convinced that violent video games are dangerous. The correlation between knowing and doing is not one I have ever felt confident about.

QueerPorn.TV brands itself as “real queer sex ed”. Because of course, queer people are learning the least from formal sex education.

Even though I believe things have improved since my day, it’s unlikely schools are giving young queer kids the knowledge they need to thrive.

I’m certainly not saying that kids should be shown pornography in schools. But think of all the movies that have hetero sex in them. Think about all the women’s magazines that talk about pleasing your boyfriend. Think about how cis-centric all of this messaging is. About how white and thin everyone is.

We talk a lot about seeing ourselves on screen, and this particular screen matters too.

I have written elsewhere about how queer pornography works as a kind of pedagogy, an educative tool.

By this I mean that pornography that is meant for queer people and made by queer people does more than turn us on. It promises the authentic identification you can have with someone on screen who looks like you and has sex like you.

Queer pornography is a pedagogical text: it teaches queers how to fuck, gloves and all.

Grace Sharkey is an academic based in the Department of Gender and Cultural Studies at the University of Sydney. Her work sits at the intersection of feminist, queer and film theory. She has since moved on from Pamela Anderson.

This article first appeared in Archer Magazine #14, the GROWING UP issue.