Disability and queer identity in pop culture: On being ‘special’ 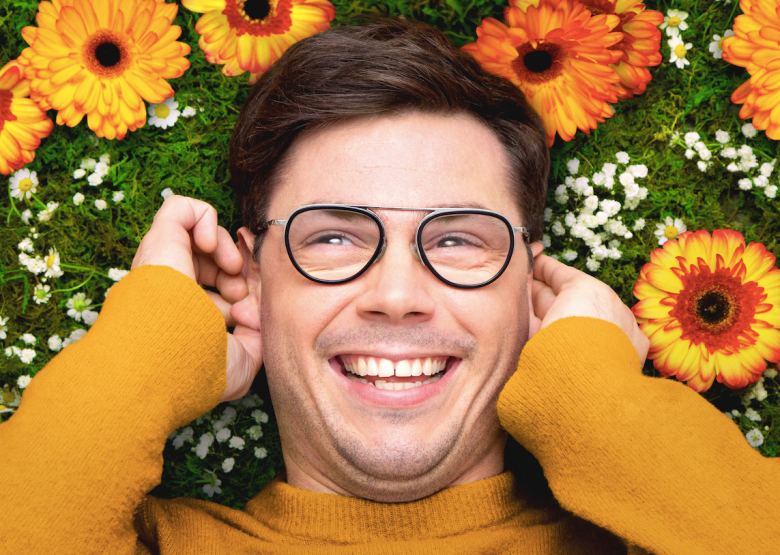 My initial thought when Special came up in my Netflix recommendations was ‘Ugh, not more of this bullshit.’

I had reason to feel this way – after all, its algorithm keeps throwing Atypical and To the Bone in my direction, while free television shoves schmaltzy ads for The Good Doctor down my throat.

Physically-abled and neurotypical actors alike, from Eddie Redmayne in The Theory of Everything to Dustin Hoffman in Rainman, continue to receive accolades for their performance of disability.

And even amongst this so-called representation, we see little that varies from stereotypes.

There are few depictions of autism that stray from the ‘classic’ presentation expected in white, heterosexual and cisgender men, despite higher rates of sexual and gender diversity within the autistic community.

Likewise, eating disorders tend to be aestheticised in media – often centring young straight women, and overlooking the fact that queer men are also at significant risk of such illnesses.

Pop culture’s representations of physical disability tend to be especially pernicious in reinforcing harmful rhetoric about the value of disabled lives, often framing these narratives through a lens of pity and hopelessness.

However, I did a quick Google search for Special, and it completely changed my tune. Finally, some self-driven and intersectional representation, with the show’s creator, writer and star Ryan O’Connell using his own experiences of cerebral palsy and his gay identity to inspire a semi-autobiographical series.

Special immediately struck me as exactly that – special – simply for its wit and its refreshing focus on the everyday. Although its storytelling could only come from lived experience, Special avoids positing itself as a niche interest.

Ultimately, it is as much about disability and queerness as it is about common experiences – developing independence, getting jobs, making new relationships, and finding spaces to belong.

The significance of this type of media is amplified by how rare it is.

Unfortunately, there are few intersectional disability narratives in the mainstream, and likely even fewer that feature disabled actors.

Furthermore, it is rare that these stories don’t fall into one of two categories: tragedies and triumphs.

Perhaps the occasional triumphant narrative might be tolerable if disability was incorporated more universally in media and seen as a normal part of human existence. The issue is compounded when disabled people are seen only to exist as an edifying story of failure or success (apparently against-all-odds).

Special does things differently simply by letting Ryan be ordinary.

Early on, we see a positive sexual experience between Ryan and Shay, a sex worker. It is authentic and funny; the encounter remains sensitive to Ryan’s anxieties without shying away from being a sex scene between two men. This portrayal contributes to a broader – and often neglected – conversation around the sexual agency of disabled people, especially where sexual diversity is concerned. This has been increasingly brought to light by disabled advocates, and in media such as Yes, We Fuck!.

One of the keys aspects of Special that particularly resonated with me was the experiences of social exclusion faced by disabled people in the LGBT+ community.

As queer identity becomes increasingly equated with the general subversion of societal norms, a certain cachet and aesthetic tends to be associated with us. While we are more visible than before, our visibility is often emphasised in the form of youth, memes, and style. No complaints about those things in general – please parade memes and sparkly things forever! – but the conflation of queerness with “coolness” can be inadvertently isolating when you have an impairment that feels anything but.

Queer identity is sometimes commodified as a bit of a subculture, rather than a shared experience of gender and/or sexual variance in all its diversity.

Being in queer spaces with a disability is challenging – even assuming that access accommodations are in place (which is usually not the case). It can make you feel abnormal, but not in a cool or subversive way. Just abnormal. There’s the uncertainty of whether to disclose your condition; the environmental and social barriers; the potential awkwardness around sex; the difficulty with asking for help; and the general worry about being a burden amongst what sometimes feels like a sea of attractive, fearless queers.

This fear is sometimes reinforced by peers, but often becomes internally imposed due to previous experiences, lack of representation or support, and social stigma.

We see these subtle pressures play out in Special as Ryan attempts to repackage his disability for the palatability of others.

In the first episode, he’s half-jokingly told that “There are plenty of drool fetishists out there”. His boss later asks, “Are you ever going to get better, or is this just, like, it for you?”. These occurrences reflect the continued effects of the medical model of disability in shaping public opinion – leading to the individual feeling inconvenient, undesirable, or fetishised.

Unfortunately, these dehumanising experiences aren’t unique. But that only makes it more important for them to be portrayed as off-the-cuff and unextraordinary as they are.

The understated and subversive elements of Special also demonstrate how the best intersectional representation is rarely a casting call for an existing project, but is something created, curated and fought for ourselves. This way, we de-sensationalise our own lives, and hopefully reach a wider audience who can still find common ground and enjoyment.

After all, we should be considered interesting, multi-faceted, and – most importantly – worthy of inclusion whether or not we wish to offer a neat little message right out of an after-school special (pun intended).

If dominant groups can make a million different shows about people drinking coffee, working a mundane job, or the woes of yet another love triangle, let us dare to be humanly boring sometimes.

Alex Creece is a writer, poet, student and average kook living on Wadawurrung land (Geelong, Victoria). She is the Production Editor at Cordite Poetry Review, and was awarded a 2019 Write-ability Fellowship with Writers Victoria. Alex is passionate about neurodiversity in the arts, particularly given its intersections with other forms of identity and social inequity. Creative writing often allows Alex to draw from her own experiences as a queer and autistic woman with mental health conditions. She is currently cobbling together her debut poetry manuscript, through which she hopes to capture her world both as whimsically and unapologetically as possible.