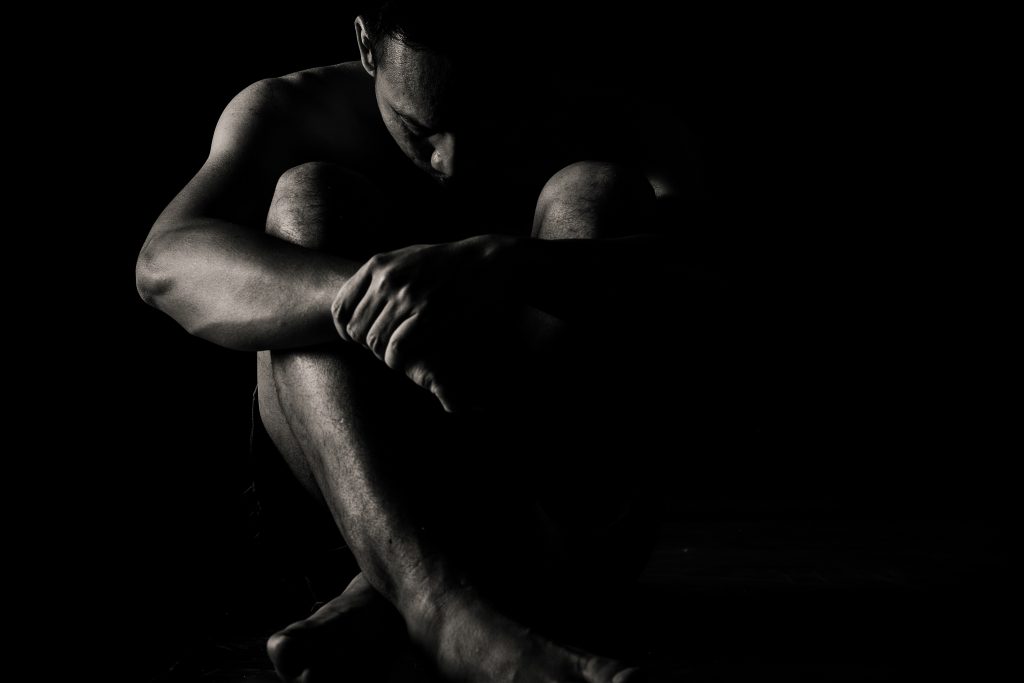 I’ve been crying in the bathtub for the past half-hour. The tub is bone dry, but the sink is running in hope to stop my sobs from passing through the paper-thin walls and into the bedroom next door. I’m completely naked, covered in a stranger’s semen. A knock at the door forces me to lift my head, which has been buried in the crook of my shoulder. It’s him. He asks if everything is okay and why I’m taking so long, and I tell him the same thing I’ve told all the men I’ve slept with: “I’m fine.”

My cheeks are wet with tears when I emerge from the bathroom and meet him in the hallway. He begins apologising, rubs my shoulder for a moment, and I reassure him that it’s not his fault, that the sex was great – enjoyable, even.

It’s the feeling of devastation I get afterward that I’m upset about.

For many, sex is seen as an intimate and private act. For others, it’s a spontaneous one-night fling, or even a scandalous taboo. But when sex crosses my mind, fear swells in my stomach. Where others may find arousal, from my own experiences, I find an introverted light illuminates the dark, highly strung corners of my thoughts. Even the idea of having sex is an uncomfortable affair.

Prior to discovering PCD (post-coital dysphoria), and learning that it wasn’t uncommon, I had harboured a growing fear of being the only person in the world who cried after engaging in intercourse. It was a similar feeling to when my sexuality came into question as a preteen; loneliness, confusion and a sense of curiosity fuelled my worry. Much like coming to terms with being an LGBTQ individual in the petite community of Tasmania, I didn’t know of anyone else who had experienced symptoms of PCD, and for that reason, I felt that post-coital dysphoria was a defect, something I yearned to distance myself from. Now, I’m learning how to manage living with this common, and commonly misunderstood, condition.

PCD is a complex concept to define. Some health professionals, including Dr. Robert Schweitzer, suggest that PCD is a result of “experiencing low levels of dopamine after sex,” but most causes are currently theoretical. For a long time, it was believed that women were the only people who experienced post-coital dysphoria, until a recent study showed that out of 1,207 men who were interviewed, 41 per cent had experienced depressive episodes after coitus.

PCD is common amongst homosexual men, specifically those who are closeted, but due to a lack of research, those who experience PCD turn to negatives such as self-hate or blame, and as a result are at risk of developing further mental health complications in their lifetime.

Rarely a vocal topic, PCD divides sexual intimacy from emotional courage. The first time I experienced a depressive episode after sex, I was 15. I’d met with a guy from Craigslist, whom I’d talked to for a few days. We’d planned to fuck in the back of his ute: the sort of occasion that I very rarely pursued, especially with older men. When we had finished, I felt ashamed, dirty, empty and completely unsatisfied, and I wondered why. I assumed that what I was experiencing was a result of the act being in the public scene, until I discovered the history and popularity of ‘cruising’. Everything I read or watched on public rendezvous, how it was globally praised, confirmed that these emotions were more than just spatially-influenced.

I entered a relationship in the summer of 2017. Sex wasn’t a necessity until my partner offered to stay overnight for my birthday. After pondering the idea for a few hours, bundled up in bed watching Netflix, I agreed, but chose not to acknowledge how I’d feel afterward. I thought that, because I was in love, and because I’d known my partner for so long, I’d feel fine – until a wave of sadness tore me in half.

When the relationship ended, I resorted to trying to fix my post-breakup blues with a spontaneous late-night hook-up: something I would totally regret afterward. The feeling alone of wanting to have fun, to feel good, but then actually feeling the complete opposite, added to the numbness in my gut.

Artist and lecturer at RMIT University, Drew Pettifer, introduced me to ‘La Petite Mort’, a concept he found thematically and metaphorically beautiful within his own photography. Meaning ‘The Little Death’, it refers to an orgasm. Labelling it such resonated with the feelings I had been experiencing after having sex: the emotionally-paralysing experience of post-coital dysphoria, related with the toe-curling experience of an almost-paralysing orgasm.

These days, I don’t hook-up with strange men from the internet. I turn instead to seeking relationships, to people I can confide in, who accept both my sexuality and post-coital dysphoria in the same platonic relationship.

Though as I have found, much like being LGBTQ, those who have a hard time understanding the mechanics of PCD, resort to attacking the existence of the condition. Online, the public label PCD as “silly,” “fraudulent,” “emotional baggage” or, “inexcusable.” Others argue that PCD is a result of engaging in non-monogamous relationships, inexperience or naivety, or determines the validity of an individual’s masculinity – none of which are necessarily true.

Post-coital depression isn’t just a consequence of sexuality: it is an understated battle that many individuals face openly or behind closed doors, regardless of gender identity or sexual orientation. Those who struggle with PCD should be applauded, just as much as they should be comforted. Empathetic reassurance is an important step in strengthening personal and sexual relationships, reducing suicide rates, and dismantling societal stereotypes.

To me, PCD is just as compromising as sex itself; an emotionally painful conversation between body and mind; a ‘death’ of intimacy which I can’t help but grieve for.

Jack Samuel is a non-identifying, Arts-studying university student based in Hobart, Tasmania, who writes on identity, sexuality and community. He is passionate about human rights, loose-leaf tea, and making excuses to not go out on weekends.