Anorexia and sexuality: pleasure and control 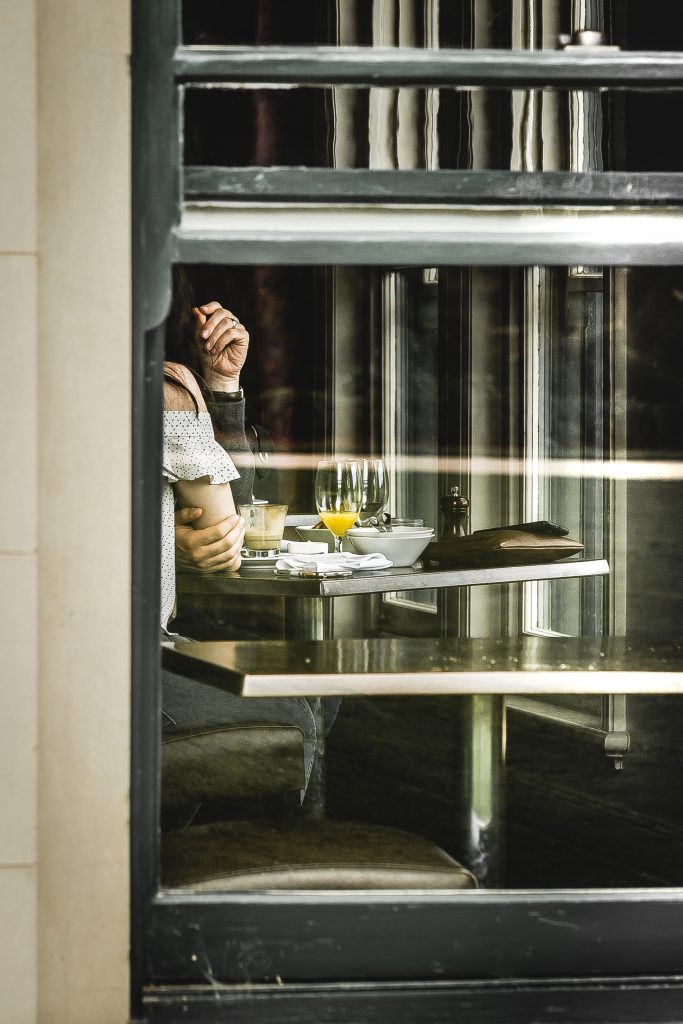 I was having dinner with two friends. Well, they were having dinner; I was going to eat something when I got home, made within the safe confines of my small kitchen, where I was able to meticulously measure every last element before it passed my lips.

One of my friends, between mouthfuls of food, lamented their lack of a sex life.

“It’s why I’m gaining so much weight,” they admitted, resignedly reloading their fork. They were compensating for their lack of pleasure in bed by overindulging in gastronomical delights. My other friend drew thoughtfully on the cigarette balanced between their index fingers.

“Yep,” they confirmed, blowing smoke towards the ceiling, “Most pleasure in life comes from food or sex.”

I felt them look at me. I met their gazes, smiled wryly and shrugged.

And not in the good way.

I was a somewhat insightful anorexic – I knew I was denying myself any pleasure from food. Not because I didn’t like food or because the very idea of eating was repugnant to me (a common misconception). Rather, I was consumed with fantasies about food; of what I would eat, and when, and how much.

I would look up menus of cafes and restaurants and fantasise about what I would order, how good it would taste, how salt and sugar and butter would set my tongue on fire.

Cookbooks took on an almost pornographic quality, filled with glossy images of roasted meat and vegetables glistening in oil, cakes drizzled seductively in icing, bowls steaming with fragrant curries and pastas – all of which were strictly and indefinitely forbidden from my consumption.

After that revelation at dinner, I realised I had also been denying myself pleasure from sex. It appeared that the virtues of deprivation and control that I so diligently employed in my diet had leaked into my attitudes towards sex and intimacy.

The thought of giving up control was terrifying; if I submitted to my desires, whether they were related to food or sex, I was convinced my life would be thrown into a state of turbulence, that I would be unable to wrestle back any form of discipline, and would be forever driven by greed and lust.

It didn’t help that I saw myself as utterly unattractive. The prolonged state of starvation was marked on my body, which was stripped of traditional physical markers of female sensuality: flat chest, sharp hips that barely spanned the width of my shoulders, bones more prominent than flesh.

My body frightened me; it resembled something of a preteen boy in build, and something of an elderly woman in frailty. It was in a totalitarian state, ruled by the voices of my eating disorder.

The feeling of being sexually undesirable only perpetuated my belief that I was undeserving of sex. My body had become something icy, clinical, devoid of any possibility of pleasure. I shrunk away from touch and affection.

The sweet whispered tales of intimacy from my friends had the same distant, fantastical quality as those pictures in the cookbooks; something I could crave, but would never allow myself to taste.

After a particularly frightening episode last year, I was jolted awake to the realities of what I had done to my body, and began to seriously contemplate recovery.

It’s been a few months since that episode and, while I wouldn’t say I’m recovered, I am on my way.

It would be ignorant to rule it coincidental that, as I have allowed myself to consume (and, sometimes, even enjoy) food, my attitude towards sex and intimacy has changed as well. With each day, I lean into the pleasures I have denied, gradually unpicking the once burdening tapestry of deprivation.

I embrace the sweetness of honey in tea, or the tenderness of lips on lips, skin on skin. The warmth of toast, or the affection of an arm slipped around my waist. The rush of spices in curries and pastas, or the sensation of a hand on my knee.

They are both thrilling and comforting, frightening and enjoyable.

And I am gradually (re)-learning that I deserve such pleasures.