Whose side?: Sexual violence in queer communities 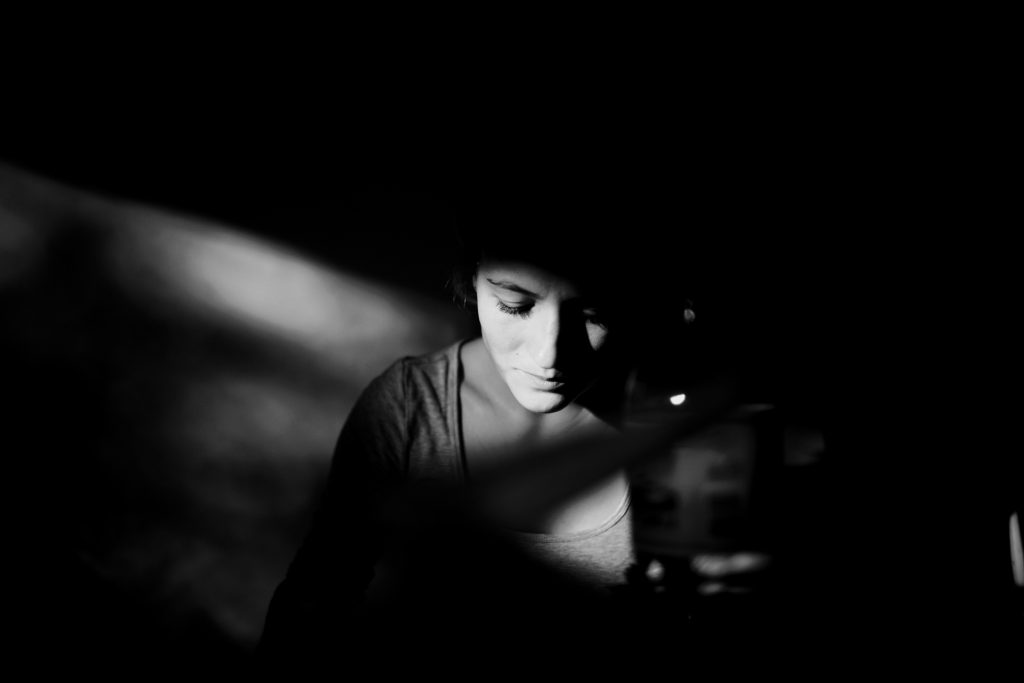 We have a problem in our communities, and you need to do something.

Most of the sexual assault and violence I have faced as an adult is from queers. And it has mostly been met with disbelief or not even registered.

It was the woman who texted me for months after I asked her to stop. Then when we saw her at a queer party she sat and stared at me all night. We all just laughed.

It was the supervisor who got me drunk and came on to me. She had groomed me for a year. We all just laughed about it.

It was the ex-girlfriend who raped me for months. When I told you, all you said was “there are two sides to every story”.

It was the lover who touched me and tried to coerce me into sex when I was asleep and the next day said I had made it up because I had been raped by a woman and was traumatised. That is one of the only times anyone has even acknowledged that I was raped.

It was the date where I wasn’t interested in her. I gave her zero signs that I wanted anything. Yet she still tried to kiss me.

When you called me the day after I was assaulted, I thought you would say you were on your way over, to hold my hand and let me cry. Instead you moaned about your job and your awful boss. You didn’t even notice I was mute.

When I lost weight because I tried to control my food so I had control of something, you said I looked good. When I asked for support you said, via text, “u ok?” and when I didn’t respond, you never called. Because, there are two sides to every story, right?

We have a problem in our communities.

I understand it. I laughed about that woman staring at me for hours and told you not to do anything about it. I laughed about my supervisor. I didn’t use the word rape for years. I didn’t say sexual assault. How can it be rape when lesbian sex doesn’t exist? That is the look on your face. That is what you are thinking.

Even if you are queer, you are thinking that deep down because that is what society has told us our whole lives. I know you are thinking it because I am thinking it too. This is internalised queerphobia, and it makes my pain and rage and sadness that much harder to process.

We need our own language that speaks to how our communities perpetuate violence in ways that differ from the mainstream heterosexual anti-violence campaigning. This campaigning does not understand what we endure as queer people. This campaigning is the person on the rape crisis line who asked me “when did he do this to you?” If even rape crisis services aren’t supporting us, who is?

We also need to rethink how we see one another. Firstly, most of the people who have assaulted me have been masculine-of-centre and/or butch identified. When I have looked for resources online, most of the discussion around violence is in relation to heterosexual cisgender men, so what does it mean when others embody the same harmful practices?

Secondly, I am a femme woman, who is open about being sexual. Who loves fucking. As a result, many people see my body as theirs to possess. This is just straight up misogyny. We think women’s bodies are there to be looked at, to be fucked. An openly sexual woman even more so. We think that people deserve it. After all, I had already fucked that woman who stalked me, I got drunk with my supervisor, I stayed with my girlfriend, I lay next to my lover naked, I went on that date, I existed.

If my perpetrator had been a cisgender man, the reaction from the community would be completely different.

Society rarely believes heterosexual women when they talk about sexual violence. Especially when it is from someone they know. But on the Left, both generally, and in queer communities, we have tried to change that, to be better, to stop thinking women deserve it. Queers can talk about rape culture and misogyny in relation to heterosexuals. So we have the ability to respond to this kind of violence in our own communities, yet we rarely talk about it even though studies show that queer relationships have a similar rate of violence as straight relationships.

I deeply believe in the power of queer communities: together we have faced the AIDS crisis; we have battled against our lives being illegal; we have built new ways of loving and caring in our communities. And yet, this. This must change.

At my low points, I sat at home sobbing. Reliving the rapes and assaults over and over again. I contemplated ending my life. I wondered, once I had become a statistic of our high suicide rates, would people believe me then?

What would it take for you to believe me? To care? To take it seriously? At those moments, some of the lowest in my life, I was alone. Where were you?

I spoke out once when I was assaulted. I did it because I simply just wanted some people to acknowledge what I went through. I wanted our community to respond. I wanted something, without having to go to the police, a path many queers would also want to avoid. We need our own community responses.

I’m surviving because I have some friends who have cared for me. Some people have taken it seriously. To them, I owe my life.

But what if I was completely alone? What if I wasn’t as strong as I am? Queers need to start thinking about how we perpetuate rape culture. We need to think about how we respond to allegations of sexual assault. And we need to do it urgently. If we change how we respond, then we can change our entire attitude. And then, perhaps, we stop it from even starting.

There is only one side to the story: queers can be perpetrators of sexual assault and you need to start listening.