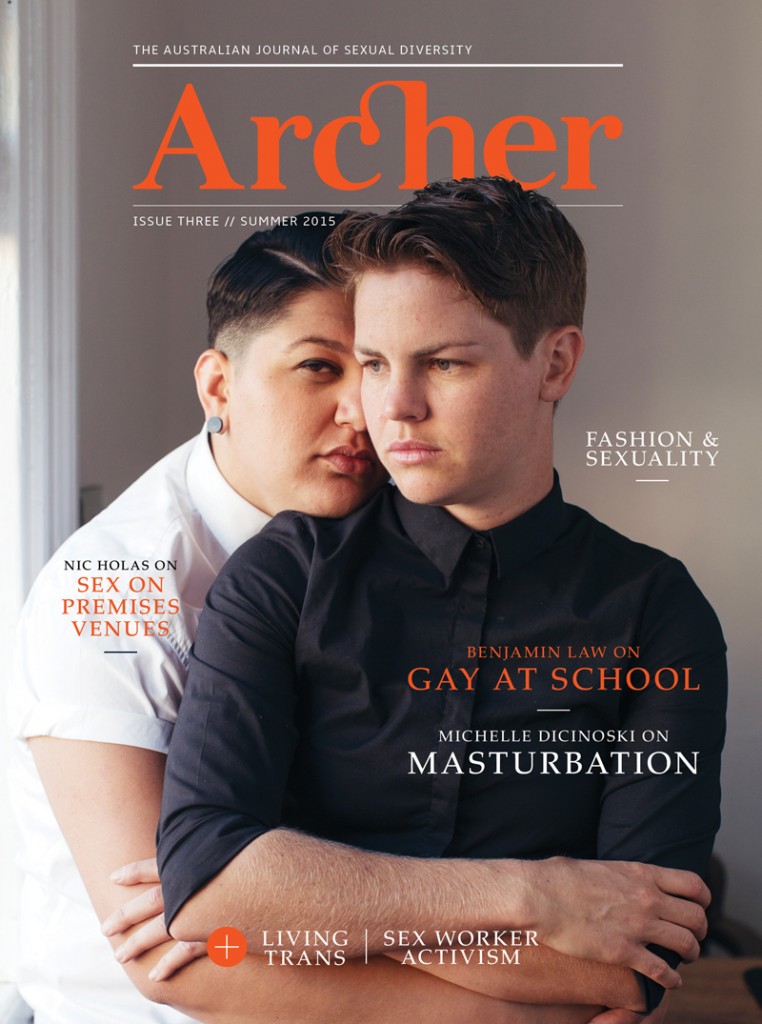 After a sold-out sophomore edition, Archer’s highly-anticipated third issue is packed with more thought-provoking articles on sexuality, gender, identity and society, including:

In its first year, Archer has won the Media Award at the 2014 LGBTI Honour Awards, a nomination in the United Nations Human Rights Media Awards, and a finalist place in the Publisher’s Australia Excellence Awards as Launch/Relaunch of the Year.