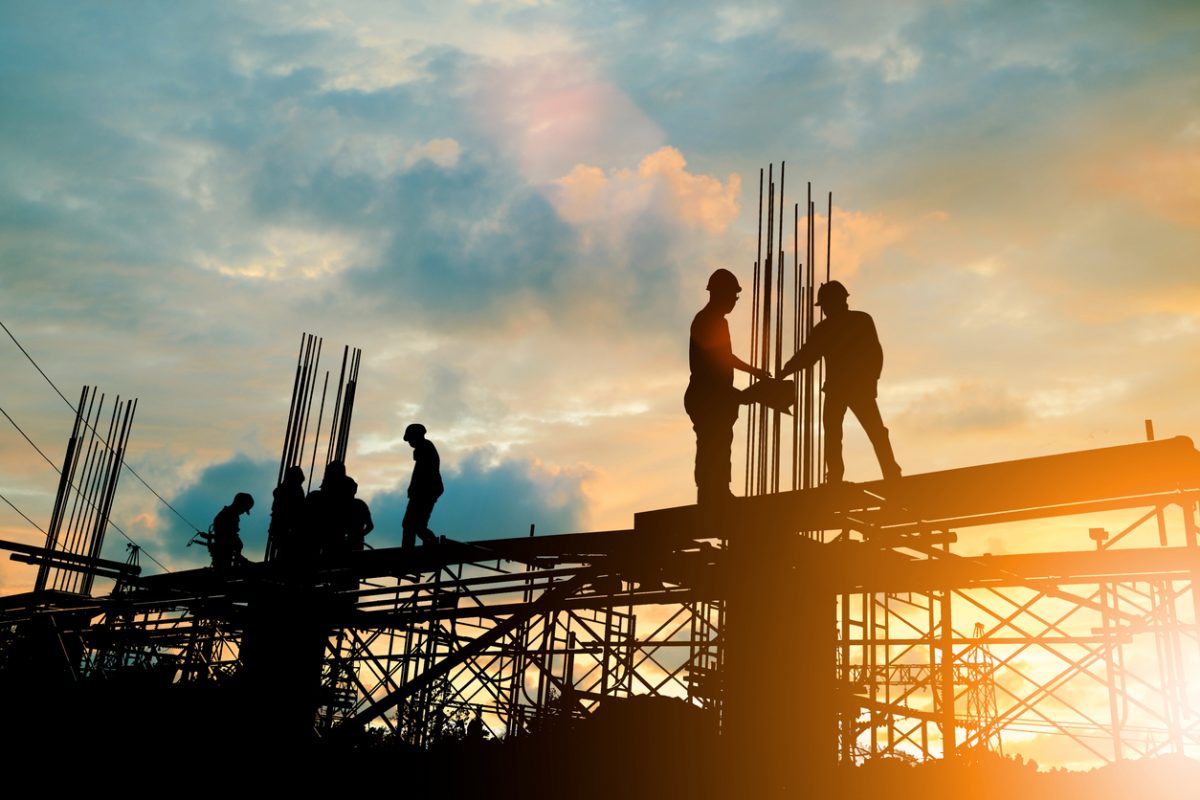 I imagine gender as an enormous structure. Human-made buildings of every kind of architecture, material, and colour imaginable – and unimaginable – sprawling across the landscape.

I may be taking the concept of gender as a social construct a bit literally, but the metaphor helps me conceptualise it in all its forms: the binary and the diversity, the cis-normativity and the queerness, the sexism and the liberation.

It’s how I visualise the original construction and recent renovations of my own gender identity and expression.

I was born in the Mormon wing of the gender structure in 1986 and shuffled through the narrow girlhood halls. As a teenager, I was shown the rooms that I would inherit and where I was supposed to live out the rest of my days.

There was the Mormon-wife room, decorated with mahogany monogamy and the floor-to-ceiling stripes of cis-normativity and hyper-femininity. It was connected to the devoted-motherhood room, where I was meant to be completely fulfilled gestating and raising the next generation of Latter-day Saints.

Many of my friends were thrilled to move into this forever home. All I could think was, “This can’t possibly be it for me.”

I was told that the womanhood walls around me were made by God. But I had a hard time believing that the creator of the awe-inspiring universe – the same creator who made volcanoes and the octopus – would design such a limited experience for me.

I observed the gendered boundaries of my life with skeptical eyes. Why were so many men reinforcing “God’s creation” with synthetic materials like patriarchal polymers and daily whitewashing?

The queer in me woke up when I was nine years old, but was immediately shoved back inside the closet. The door was slammed, sealed with the sturdy substance known as internalised homophobia.

I leaned into being boy-crazy. I focused more on my appearance than my intelligence. I performed femininity up to the American beauty standards of the early 2000s, complete with butterfly clips and white eyeliner.

I didn’t know one out, queer woman, nor a single person who vibrantly rebelled against stereotypes. I didn’t learn the terms non-binary or cisgender until after my first pap smear. I had only known the term feminist as a derogatory slur.

My adolescence lacked a possibility model for any life other than the one my conservative culture had curated for me.

At the age of 18, I got cabin fever in the Christian castle and ventured out to explore the perimeter.

I left Utah and traveled to Europe. It was then that I finally realised there was much more to the world, and to the human experience, than I had been led to believe.

I felt a hunger to fill myself with information. I enrolled in university and, after a few false starts in art, business, and linguistics, found gender studies. I opened myself up to a metamorphosis via education, and went on to earn a PhD in sociology.

I met feminists for the first time. I met queer, transgender, and intersex people. I met women who weren’t defined by their relationship to a man or children.

Each professor, book, protest, queer dance floor, and binary-demolishing friend gave me a piece of the map that I needed to navigate and understand the gender structure. To interpret the blueprint and unlearn the constricting scaffolding of my upbringing.

In my mid-20s, I left the centuries-old house of womanhood that I’d inherited.

I became a gender wanderer, observing other people’s homes, their bodies, wisdom, language, behaviour, style, and joy. I started dreaming of something I could build for myself.

My own gender journey has been like climbing a winding staircase to new floors, new topographies, of my potential self. A decade-long ascension.

I found that boarded-up closet from my childhood. After peeling away 12 years of biphobia that had built up around the hinges, I tugged on the door knob and queer me tumbled out, shouting she would never be in that closet again.

I thought maybe this was my forever home. One where I was an independent and ambitious bisexual? No, pansexual? No, queer cisgender woman. I had a great life in that house.

Then I met my partner, Brent, a cisgender man. Within a year, we were married and expecting a baby. My identity became tangled up in my relationship to a man and child.

I adored my family, but I resisted the titles of wife and mother. I could handle being a partner and parent; those felt like roles I could custom build. To create something equitable, Brent and I had to unpack the socialisation of our youth and throw a lot of it away.

We wanted our kid to experience a different kind of childhood. To learn about gender in an expansive way, without assignments, expectations, or restrictions.

I should have known that, in the process of keeping my child free from the chains of the gender binary, I could also loosen its grip around me.

I wanted to inspect all my baggage, confront everything I’d been dragging along all these years – my habits, my preferences, my insecurities.

“Where did I get these?” I wondered. “Who gave this to me?” I experimented with everything through a gendered filter: body hair, wardrobe, pronouns, communicating, parenting, sex, eating – you name it.

What did I actually like and what was I told I should? Is it even possible to unravel authenticity from decades of socialisation?

Like in those home renovation shows where they lift up a piece of terrible linoleum to uncover beautiful, natural wood flooring, there’s a euphoric high when you get close to the essence of you.

I tried on different words. I found the term genderqueer, and it fit like a cozy sweater made special, for me.

I’m more they/she than she/they, but I’m also not pouring any concrete around my new labels. I’m not done. I haven’t arrived, and I don’t know that I ever want to.

But my baggage feels significantly lighter, and intentionally packed.

On my 35th birthday, I climbed an escape ladder to stand on one of the rooftops of the gender structure and got some fresh air.

I saw my childhood home of girlhood, and the womanhood building of my 20s. While they felt familiar to me, and I’ve kept some of what I acquired there, I don’t think I’ll live there again.

Slowly turning in a circle, I observed the infinite ways gender is imagined and experienced by all of us sentient vessels of stardust. How some of us stay put in the homes passed down to us, and how others invent new communities.

I inhaled deeply, grateful that there is so much more to explore, learn, dismantle, and create within this structure.

What an exciting prospect.

Dr Kyl Myers is a sociologist, educator, and globally recognised advocate of gender creative parenting. Kyl’s TEDx talk, “Want Gender Equality? Let’s Get Creative“ encourages people to rethink childhood gender socialisation in an effort to break up the binary before it begins. Kyl is the author of Raising Them. Follow them on Instagram and Twitter.