Gendered clothing: Why are kids’ clothes still pink and blue? 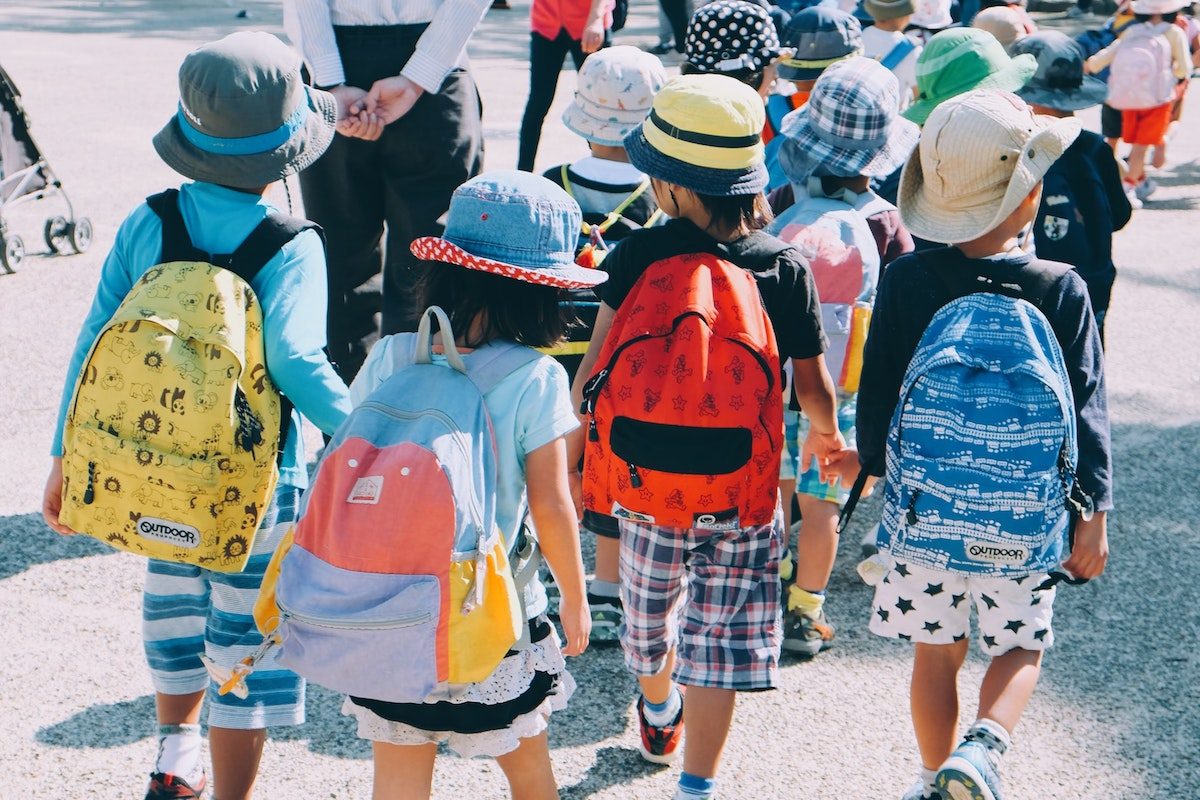 For many kids, the answer to this question is more than a preference. It’s who they are as a person. When my son was five, he loved bright orange, a colour matched to his zesty and fun personality.

But having browsed the ‘boyswear’ section of major department stores, I’ve found the racks of pint-sized jeans and shirts usually stretch into a gendered ocean of blue. The rest of the rainbow – including orange – is rare or absent.

Layered on these gendered colours are gendered prints and styles. Flowers, frills and unicorns for the girls; dinosaurs, vehicles and predatory beasts (like sharks or wolves) for the boys.

Australia, like many countries, has an ongoing problem with gender inequality and violence. Research compiled by OurWatch (an Australian non-for-profit working in prevention of violence against women and children) shows that rigid, binary and restrictive gender-based stereotypes are a key driver in this inequality.

The OurWatch paper ‘Challenging gender stereotypes in the early years: the power of parents’ shows that the majority of parents – 92 per cent – think it’s important to treat girls and boys the same.

The research is designed to help parents like me shape positive attitudes in our children. It does this by focusing on the potential role that we can play in helping to drive generational cultural change about gender.

School programs like Respectful Relationships and Safe Schools are also challenging ‘traditional’ gender stereotypes, promoting respect and acceptance for everyone, including for transgender and gender diverse kids.

So why is mainstream kids clothing running a counter message?

University of Melbourne fashion and culture researcher Dr Harriette Richards told me that the current situation is a “strange sort of paradox”.

According to Adelaide’s Centre of Democracy (where the shorts are on permanent display), Dunstan’s outfit represented his challenge to the “political establishment, social conservatism and hegemonic masculinity”.

In 2013, when Julia Gillard forewarned of a government run by “men in blue ties”, she was referring to both the work uniform and the conservative policies of Tony Abbott and his mostly-male shadow cabinet.

And at the women’s March 4 Justice in 2021, Brittany Higgins wore “suffragette white”.

In her book Pink and Blue: Telling the Boys from the Girls in America, American academic Jo Paoletti dismantles the premise that pink for girls and blue for boys is some sort of traditional, immutable rule.

The book tracks a trend towards gendered children’s clothing since the early 20th century, but also records times when neutral or ‘unisex’ styles prevailed. Between 1965 and 1985 (coinciding with the women’s liberation movement), T-shirts, skivvies, jeans and overalls in bold primary colours gained popularity for kids.

At that time, unisex mostly meant pants for girls and the rejection of traditional femininity, a look exemplified by the genderless outfit worn by the red-haired girl in Lego’s now-iconic 1981 What it is is beautiful advertisement. There was some flexibility for boys too, like longer hairstyles and bright, bold prints.

As a child of the ’80s, having grown up amid vibrant colours and bolts of corduroy and denim, I’m frustrated by the predominance of pink and blue, and the overtly gendered styles offered up for my own kids.

Paoletti told me today’s childrenswear conveys the message that “we need to tell the boys from the girls and this is important to us”.

School uniform policies in New South Wales and Victoria stipulate girls must have the option to wear pants, but are silent on an equivalent right for boys.

The OurWatch survey found parents were comfortable with girls engaging in so-called masculine play, but less so for boys engaging in feminine-typed activities.

As Paoletti says, “there really isn’t a non-toxic equivalent to tomboy… all the terms for feminine boys are epithets.”

Jo Hirst, the author of A House for Everyone and Australia’s first picture book for transgender children, The Gender Fairy, told me that when brands label clothes as ‘for boys’ or ‘for girls’, this leaves “no room for children to express their gender free from peer pressure and societal expectations”.

“Shopping in those ‘boys’ and ‘girls’ aisles presents other difficulties if you are a trans child, a non-binary child, a gender fluid child or a gender expansive child,” she added.

“At every turn, the labels, the advertising and the signs in the shops are sending the message that these clothes are not for you, and that can send a message of shame.”

Clothes don’t have a gender, Hirst says, and I agree. So I’m excited to see how independent labels are challenging the gendered status quo.

Melbourne’s Kip&Co has a kids range, not boys and girls collections. “We realised very early on that the kids were not going to fit into a neat little box, or even the same little box all the time,” Kip&Co’s Co-founder and Creative Director Alex McCabe told me.

“We reject the idea that blue is for boys and pink is for girls,” says Wendy Zakaria, the creative director behind Sydney-based Doo Wop Kids. Zakaria’s brand prizes freedom, individuality and creativity.

Freeing children from outworn stereotypes and letting them make up their own minds about what they want to wear, to me, is a simple and deeply significant step.

Through clothes, kids can express their personalities or try on something different. In doing so, they can become more positive and open to diversity for themselves and their peers, no matter their gender identity.

And, if their favourite colour is orange, they can wear that too.

Petra Stock is a freelance journalist. She’s interested in issues affecting children, and has been published in The Age. She has also worked in climate change, energy, transport and planning. While Petra doesn’t currently have a favourite colour, she does enjoy organising things into rainbow order – red, orange, yellow, green, blue, indigo and violet.