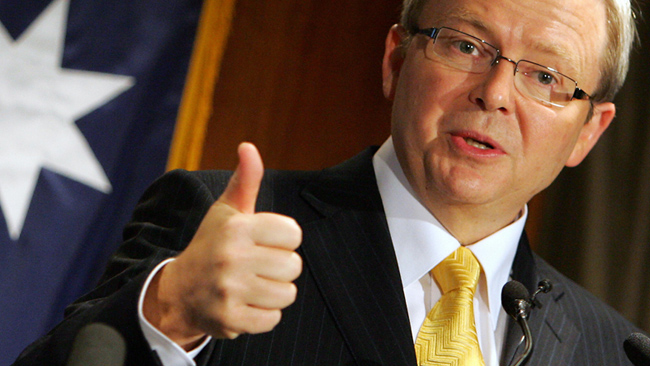 My reaction to the leadership spill this week blind-sided me.

As a woman in a lesbian partnership, I should be feeling optimistic now that Kevin Rudd is back in power. After all, since his last term as PM, Kevin has come out in support of marriage equality.

He’s the first PM to publicly support gay marriage. What’s more, our Deputy Prime Minister, Anthony Albanese, and our Senate Leader, Penny Wong, round out the top jobs in support of marriage equality. The LGBT community, it would seem, have the tri-fecta.

And yet, I grieve for the term of our first female leader. A term that was cut short by her own party, after she was constantly lambasted by the media, and (allegedly) despised by the Australian people. I was proud of our first female Prime Minister – last night more than ever, as she delivered a gracious, strong and composed exit speech, far above what was required of her. Her manifesto as a politician seems to be strength, composure and inspiration, and last night she blew me away with those traits.

I’m still not sure which part of the populace it was that turned on Julia Gillard first. These phantom polls, and the Chinese whispers of the press gallery, would have you believe it was the majority. But when I posted my pride in Julia Gillard on Facebook yesterday, scores of my friends clicked “Like” in support. And isn’t that little thumbs-up the preparatory equivalent to a win at the polls? 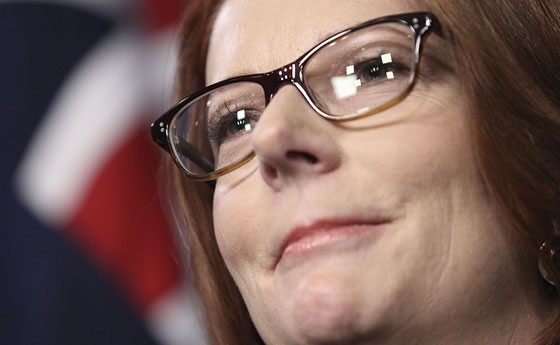 One of my friends commented that Gillard’s ousting as leader was like losing her place as captain of the Titanic. This is astute and for the moment rings true. But I felt it was time to watch a woman govern, even if the campaign was doomed from the outset, and it saddens me that Australia is not ready.

It saddens me that our female leader was reputed to have a homosexual partner presumably because no “real man” would concede to a wife in a position of power. It saddens me that our leader’s genitals were suddenly worthy of a mention, as was her cleavage, her fashion, and her decision not to bear children.

This is a blog about sexual diversity. And this is a post about the first Prime Minister Australia has ever had who is willing to vocally support marriage equality. But for diversity’s sake, let’s have a think about this. Is Australia likely to support gays before it is ready to support women?

Perhaps issues around sexual equality seem surmountable compared to issues around gender equality. Maybe those in power see the gays as insular, wrapped up in the streets of Darlinghurst and Brunswick, far from the lives of straight white men. If gays acquire power, it may not have a direct effect on those in parliamentary positions. Women, on the other hand, exist in our homes, on our streets, in our bars and shops and banks. If women acquire power, society itself could suddenly flip like a pancake.

Can we achieve sexual equality before gender equality? Is that not trying to walk before we can crawl?