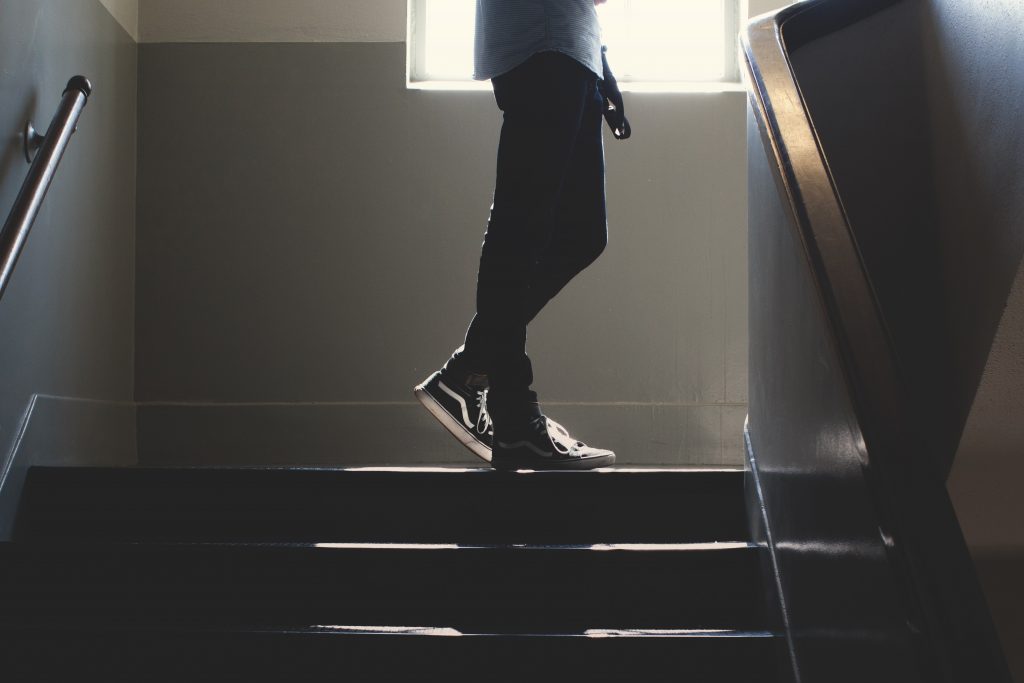 At the start of 2013, I went to Open Doors Youth Service and completed my intake. It included a homelessness waiver form as it’s quite common for young people to get kicked out of home for accessing an LGBTI support service, or they’re accessing it because they need crisis accommodation and/or general community support.

Later that afternoon, I walked in the door of my family home of 13 years, this being the second time I was kicked out. With nothing more than the clothes of the day, I was straight out again with the same backpack I had from earlier that day. I was 14, and in several months, shelters would raise the cut-off age to 15.

I made my way over to my Auntie’s house, where I stayed for the weekend.  The following Monday, I was in a youth shelter out of Brisbane’s western suburbs. Later, I changed to another shelter. That way I didn’t have to run home from the train station to meet the 5 pm curfew after being at Open Doors Youth Service all day. It was a lot more culturally appropriate (I was being dragged off to church on a Sunday).

I was in the shelter for a couple of weeks when I got a phone call on a Sunday afternoon that my mum had been killed in a car accident that morning. I grew up not knowing my mum or my family outside of several siblings in Brisbane. I only met my mum for the first time in my life in Townsville (besides being a baby) less than ten months before she passed.

After months of on-and-off shelter stops and random living arrangements, I found myself being picked up and taken to the local Department of Child Safety office, where I was declared an orphan of the state.

On my 15th birthday, the Department of Child Safety dropped me off at my first official home with a birthday cake. I stayed in this placement until it broke down one morning over breakfast after taking off because it didn’t feel like a home, and I was unsafe. I packed my stuff and left half an hour later with no explanation, just that I was leaving. I went straight back to the youth shelter I had been in and out of for months beforehand.

I went back to Townsville mid-2013 to be closer to my family; I was moved into a residential youth home, and tried to engage in school. While trying to process everything in my life and the passing of my mum, I found myself skipping school to go drinking instead. Substance misuse and getting in trouble was a part of it too.

I soon got into SILS (semi-independent living) in Townsville and had way too much freedom. I also started receiving counselling and started medication to try and deal with my mental health in a constructive way.

I started acting suicidal when I had been drinking. After several stays in hospital and being brought in by police, I was finally allowed to move into a foster home with a family that I built a relationship with. Before this, I moved around to different places or homes where it can be quite scary when you don’t know anyone and your Child Safety Officer (CSO) or caseworker can change three times in a month unexpectedly.

This was my first stable home since I was 15. I had moved over 30 times in the space of three years across Queensland. I realised that the mainstream school system didn’t suit me. I was always in trouble with the deputy principal, so I picked up my academics and was fortunate enough to get into a trades college where I completed year 11 and 12 along with qualifications. My overall mental health journey improved, and I overcame a significant Alcohol and Other Drugs issue.

Just before I finished trade school, I started working in the Aboriginal and/or Torres Strait Islander LGBTIQAP+ sistergirl brotherboy suicide prevention sector. I got a job at Headspace National in Melbourne for the National Youth Reference Group from 2015 to 2017.

I soon found myself travelling nationally for work, consulting, facilitating, keynoting, and sitting on panels having discussion from suicide prevention to child protection, LGBTI youth homelessness, sexual health, and AOD in all different systems with leaders in the areas or the frontline staff.

I’ve been lucky enough to give a voice in areas concerning homeless and child protection around Aboriginal and/or Torres Strait Islander LGBTIQAP+ sistergirl brotherboy community, and trans and gender diverse youth community in particular.

I was successful in this when I sued the Queensland Department of Child Safety for education and policy for transgender kids in care as the handling of such “issues” by the department needed to be improved for the betterment of social and emotional wellbeing of the child or young person. I  found that most CSOs wanted to help out the children or young people, but feared reprimand for the nature of the situation.

To me, the system of child safety and youth justice go hand in hand: both are overloaded with kids that need safety. These kids need their own space to sleep that to them is safe and familiar, and sometimes for them that could be a youth detention centre.

Safety is necessary when someone is broken as a child through trauma or lack of social stability as an individual, which is a harsh intersectionality for all blackfullas, including the LGBTI identifying mob. Not all systemic trauma is physical like the NT intervention, or as subtle as forced adoption policies that are implemented in various different elements through all state and territory child safety systems.

How is it that only in 2018 that trauma-informed care practice models are being brought into conversation with child safety in dealing with nine out of ten highly traumatised kids?

I spent time travelling Queensland with CREATE Foundation for the Queensland Government’s Our Way, Changing Tracks survey with recommendations to get stories to guide a more culturally safe and appropriate working framework for Aboriginal and/or Torres Strait Islander children and young people in Queensland.

I spoke to mob aged 12 to 25, and most just wanted the system to see them as a blackfulla who wants to be more than what everyone sees them as: little troublemakers with no future.

I’m lucky I’ve got a family still that knows the importance of being stable when everything else was going mad with the politics of the DOCS system at the time and knew what the system was like.

With my career break in Headspace, I soon found myself advocating at a state and federal level around child protection for Aboriginal and/or Torres Strait Islander children and young people in many different sectors because of my lived experience.

Everyone struggles to find themselves, and when you do, sometimes your identity and strength are going to be questioned and torn apart within that struggle. You can’t make someone take the time to learn the differences of growing up or having to learn to live within such systems, but we can emphasise with what it’s like to exist within these systems and understand the systemic and generational hurt of such policies like the stolen generation and the White Australia Policy.

We cannot possibly think that such healing will happen within systems that are still built to cut the feet out underneath minority groups.

Taz is 21-year-old Kalkadoon and Bwgcolman brother. He advocates within the LGBTIQAP+ sistergirl and brotherboy suicide prevention sector. Taz has in-depth experience working professionally in government and non-government advocacy roles and has worked across various community sectors including child protection, Alcohol and other Drugs and sexual health. Taz uses lived experience to educate systems and key stakeholders on the impacts against Aboriginal and/or Torres Strait Islander LGBTIQAP+ sistergirl brotherboy community.

This is the fourth article in our series on LGBTI youth homelessness. Read about social workers and accountability in youth homelessness here, the experience of living out of your car here, and the importance of homelessness services improving their understanding of identities here.