I had always considered myself a very empowered person who was able to be assertive in my relationships and maintain healthy boundaries with the people around me.

Actually, my boundaries could sometimes be described as more robust than healthy. It often took people months to get beyond arm’s length.

A year or so ago, I had an experience that changed all that. During a time in my life when I was incredibly vulnerable, I met a man who shook me to the core.

He lured me in with compliments and charisma, established trust, and began to chip away at my sense of self and my perception of reality until I was utterly devastated.

Since his departure from my life I have undergone intense trauma counselling as I’ve tried to unpack what happened.

After much reflection and analysis, I realised I had been the victim of gaslighting.

Gaslighting is a term derived from the 1938 Patrick Hamilton play Gas Light and its film adaptations in the 1940s, in which an unscrupulous man tries to convince his wife she is insane by challenging her perceptions of reality.

These days it is used to describe a form of psychological abuse in which seeds of doubt are sown in the mind of a victim, causing them to question their memories, perceptions and, eventually, their sanity.

I first began to explore the concept of gaslighting when I stumbled across an article by Dr Na’ama Carlin. Carlin observes commonalities between tales of gaslighting, noting that it is almost as if the abusers had all read the same manual.

That’s been my experience as well. 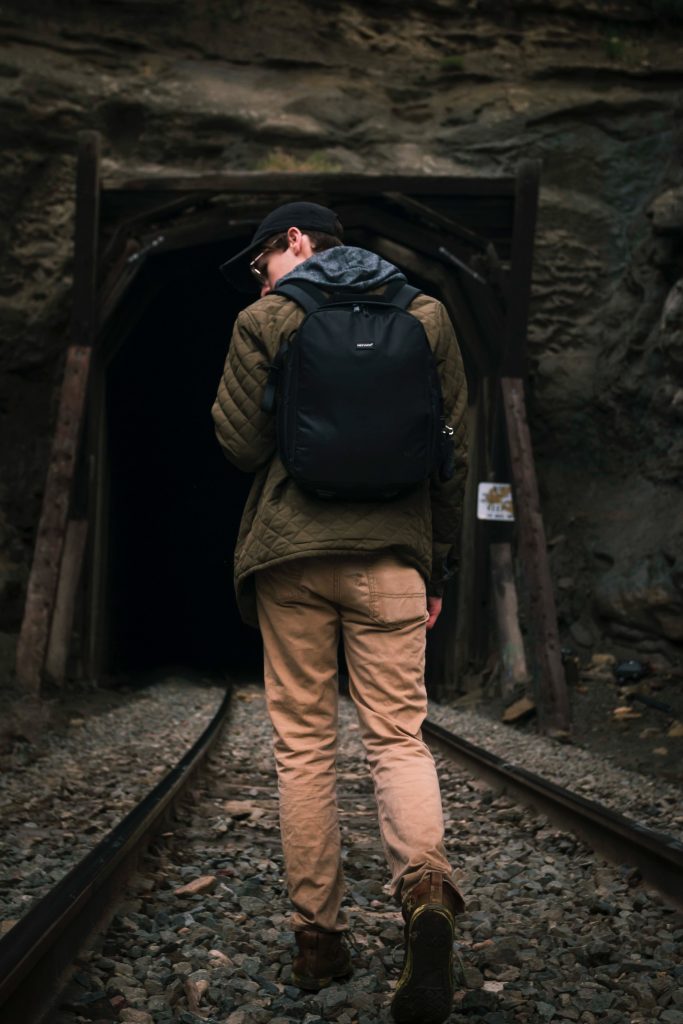 Each time I hear someone’s story of gaslighting it’s as if they’re describing my own and, every now and then, those painful memories come flooding back.

They echo around me, illustrating the walls of a dark cave. A mine shaft, tunnelling down to that dark place where it all began.

The lies enveloped me like a cloud of gas – odourless, intoxicating, thick – and threw me off balance.

My gaslighter had a sixth sense for imbalance. For vulnerability. He could sense them like a shark honing in on a drop of blood in the ocean.

He found me and took hold, steadying me for a moment. Reassuring me. It all seemed innocent enough to begin with: a mutual appreciation society of two. I felt amazing, and so did he.

But as that bond became closer, things became uncomfortable. Little by little he started to smother me, so I tried to loosen my collar.

‘Set up some healthy boundaries’, I thought. A bit of distance, a reset.

But he didn’t want distance, he wanted control. So he shifted into a higher gear.

He kept me drugged so that the edges of my memory were always blurred. It reinforced his perspectives over my own.

Only his recollections could be relied upon; not only was I depressed, but I was drinking too much as well.

Over and over again I talked to him about alcohol and addiction, and the ways in which they’d long conspired to decimate my mental health.

And he sat there, nodding calmly, soaking up my words as he refilled my glass. Another co-conspirator.

If I dug my heels in too far he’d become angry. I wasn’t fun anymore. Wasn’t interesting. He would find someone else to play with.

There I was, flailing, barely able to function. Existing purely to make him feel better about himself. A semi-sustainable resource of time, money, admiration and goodwill to make him feel valued.

I remember so clearly that gaze as he looked down upon me, gleeful as my engine sputtered.

But I ploughed on best I could, through the mound of dead canaries piling up at my feet, barely able to breathe amidst the gas.

And that’s when he finally struck. A match, not a blow: combustion.

After the initial inferno came a slow, subtle campaign to reshape the role he had played:

‘I guess I just wonder how any of this is my fault.’

I would spiral into sheer panic, constantly questioning myself.

I would wake up in the early hours of the morning and trawl through reams of text and Facebook messages to back up the foggy memories and make sure I’d gotten it right.

I combed our communications for hidden clues. For missed messages or context that would prove he wasn’t terrible, that I’d just overlooked something.

‘If I’d just made a mistake’, I thought, ‘perhaps I can learn from it and move on’.

But the context wasn’t there, and that made everything so much darker because it meant people like him exist in the world. I’d been preyed upon and, if I wasn’t careful, it might happen again.

Then my defensiveness kicked in and I started wondering what others must think. I felt watched, talked about.

What had he said to them? How had he explained it all?

He seemed to think it was better to keep lying than to admit imperfection and shatter his own, fragile illusion.

He stood firm on the pedestal we built together, as I wasted and crumbled on the ground. No steadying hand this time. No help extinguishing the flames.

In the distance, before I closed my eyes, I saw him talking to someone.

Someone small, a bit downtrodden, whose sheepish smile glowed as the compliments settled.

I watched as this innocent man casually waved away that first, thick cloud of gas, barely noticing the distortion in the air.

I shuddered as he swooned, as the gaslighter took his hand and led him off into the darkness.

And then I was sick. Sick with horror and terror as they disappeared.

Sick because I knew he’d do it all again.

He can’t help himself.

When I woke up, those dead birds were everywhere. Some recently gone, some having been decomposing for days, weeks, months.

As I got up off the ground, I glanced around to see others doing the same.

Tired, broken men and women. Hidden victims tumbling out of the woodwork.

And I began to engage with people who’d shared my experience.

And I realised I wasn’t alone.

And I realised I was believed.

Roland Taureau is a single, gay man living in the desert. So, as you would imagine, he has a lot of time on his hands. Happily he manages to keep those fingers busy and that brain bubbling away through creative writing and stand up comedy, with a particular focus on LGBTQI+ issues in Australia and beyond.